Jay and Amy were excellent hosts for our wedding weekend!
We rented all the cabins for our guests, and spent a great fall weekend lounging by the lake and playing in the canoes with family and friends.
While Jay and Amy naturally have some basic rules, they by and large leave you alone to relax, and trust you to be adults who can take care of themselves. (They just laughed when the floating dock broke its anchor and got blown across the lake!).
There's a great playground for kids, and plenty of outdoor activities for adults, including a nice firepit by the lake.
Thank you guys for a perfect weekend!

See all 53 reviews
Nearby Hotels 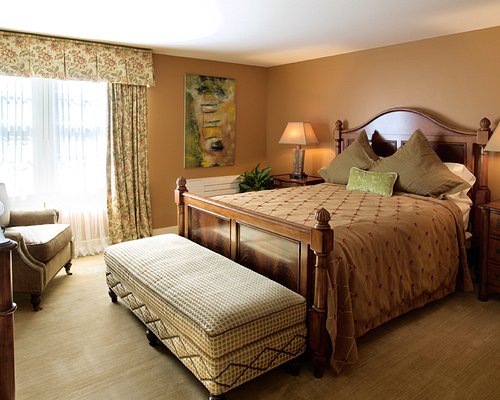 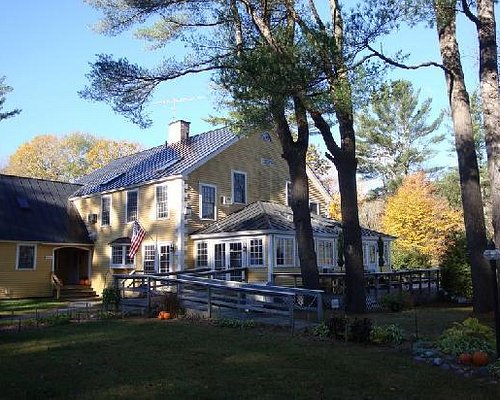 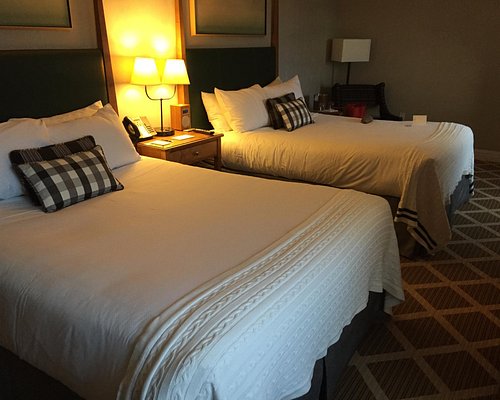 We've gone to Loch Lyme Lodge for 9 years now and every year is better and better. It's the most peaceful vacation yet there is never a dull moment. So many activities to be done on your own schedule and beautiful scenery all around. Delicious food and super staff make this a carefree vacation. It's my sons favorite week of the year!

This review is the subjective opinion of a TripAdvisor member and not of TripAdvisor LLC.
Benjamin Z
New York, NY
1613
Reviewed September 16, 2014
Rustic and Charming

We stayed here for a night in the summer of 2013 and liked it so much we decided to host our wedding here in September 2014. The cabins are rustic, but quite charming. Good linens and comfortable sofas make a nice touch, but the cabins do show their age. The owners and property managers couldn't be more accommodating. Jay was very helpful in the months leading up to our wedding by managing reservations, providing recommendations, receiving packages for us, and he even helped us rent an extra tent a the last minute when the weather looked threatening. It's always smart when planning a wedding to have a rain/weather plan - and that's especially true here, because the barn isn't currently available and the cabins aren't winterized. The lake is absolutely beautiful, and serves as the perfect backdrop to outdoor meals and/or a ceremony. All in all, our guests had a great weekend and we hope to be back again soon. Perfect for weddings, reunions, and get-togethers. This is a very special place, and it's nice to know it's in such good hands.

This review is the subjective opinion of a TripAdvisor member and not of TripAdvisor LLC.
FortPondMan
Acton, Massachusetts
6943
Reviewed September 2, 2014
A "specialty property" for families, but overpriced for us

This review is the subjective opinion of a TripAdvisor member and not of TripAdvisor LLC.
JenC2034
12
Reviewed July 22, 2014
A great place to relax and unwind

This place was rustic and accessible with great amenities. Easy drive to big cities and small little burgs depending on what your in the mood for. The food was excellent. Great place to explore with kids. Excellent venue for weddings and family get togethers. Loved every part of this place. The staff was fun and charming. Perfect get away

This review is the subjective opinion of a TripAdvisor member and not of TripAdvisor LLC.
Naomi S
Montpelier, Vermont
13
Reviewed March 16, 2014
Wonderful

We had our wedding at Loch Lyme in September 2013. Almost everyone stayed in cabins, and we had a wonderful time. Jay and Amy were incredibly flexible, which allowed us to make our weekend exactly what we wanted. We had no difficulty coordinating with outside vendors and getting things set up how we wanted. There was so much space and different activities available that everyone, from toddlers to grandparents were able to enjoy themselves. Although we had outside vendors for many things, Jay and Amy let us use everything they had available - from storage, to picnic tables, to wheel barrows, refrigerator space, bbqs etc. They went out of their way to help us get things set up the way that we wanted. There was really nothing else we could have asked for. Thank you!

This review is the subjective opinion of a TripAdvisor member and not of TripAdvisor LLC.
View more reviews
PreviousNext
1…567…