WmlXXzhfelBO
other travelers have booked this property 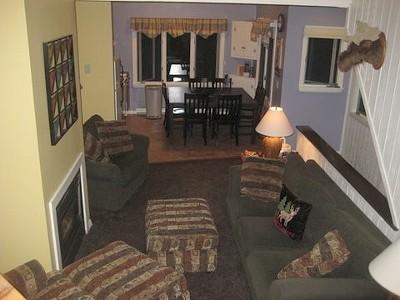 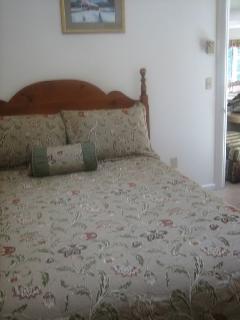 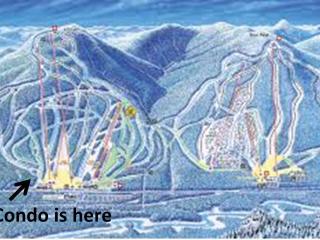 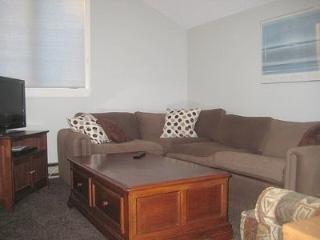 Average - based on 1 review
Write a Review

This was our first experience with renting a condo up north. The days we were up there, it was extremely hot (90+). This was, I feel, a good ski condo. While there were air conditioners provided to two of the three bedrooms and there were fans, there was constant noise going on in the condo and the TV was always up loud as a result or people having a conversation had to speak loudly. There were 2 bathrooms in the condo, but both were located on the very lower level where the master was. It was inconvenient for me and my 2 young children to be going from the third and second levels to use the bathroom, especially in the middle of the night. The kitchen was small, but well equipped for what we needed. There were plenty of pans, plates, silverware, etc. The condo had ample seating for what we needed, but there was a general funky smell in the condo. We never did discover why. The third bedroom on the third level was a hit for my kids as they loved the bunk bed. The second bedroom on the second level, despite having 2 fans, was impossible to sleep in as there was not working air conditioning. As I mentioned, it was a hot week though. There were also not screens in the majority of the windows so we were stuck with using fans and air conditioning all the time, despite a good cool down at night. We did have an issue with the shower, which the owner did respond to within a reasonable amount of time. The toilet in the main bath was wobbly. The cable did not also work in the master. The cable and DVD player did work in the main level and there was a good selection of DVDs and games for guests to enjoy. Soap, toilet paper, paper towels, linens, and towels were provided, which was a plus to not have to bring.
All in all we were happy we rented a condo instead of a hotel as we were able to make the majority of our food & the price was reasonable for 6 people.
The location was extremely convenient to Storyland, which was our main goal. It also had access to 2 outdoor and 1 indoor pool, which was a bonus.

Date of stay: August 2015
Traveling group: Extended Family
Would you recommend this hotel to a friend?   No.
Was this review helpful? Yes
This review is the subjective opinion of a TripAdvisor member and not of TripAdvisor LLC.
Problem with this review? Thank you. We appreciate your input.
Updating list...
Still can't find what you're looking for?

Looking for a place to stay in Glen?
View all 34 vacation rentals