$132
$83
View deal
Hotels.com$131
eDreams$131
ZenHotels.com$132
View all 17 deals
Prices are the average nightly price provided by our partners and may not include all taxes and fees. Taxes and fees that are shown are estimates only. Please see our partners for more details.
tlr1601
San Jose, California
33

Before booking I was told that the hotel was newly renovated. Obviously, that job is not completed. Upon check in, we were told we would be upgraded to a mini suite with a nice view of the pool and gardens. When we got to the room, yes, it was a mini suite. The view was of the casino rooftop with the pools and gardens to the right and in the distance. It was a dark room, helped by the fact that the bedroom didn't even have a window! Both TV's were small inside the cabinet TV's. The shower was so hard to turn on from tub water flow, that my husband had to pull it every time I tried to take a shower and the pull- on fixture for the shower was loose from all the people having to yank it on. The ceramic tile was not finished in the bathroom. It was a disappointment experience and was expecting (with a newly renovated hotel) to have the warmth and luxury of Mirage, MGM, Treasure Island and such. And keep in mind, the man at check in said he was upgrading us!! Grateful I didn't get the room w/o the upgrade! I will never stay at the Flamingo again. Play it safe and stick with the one of my favs.More 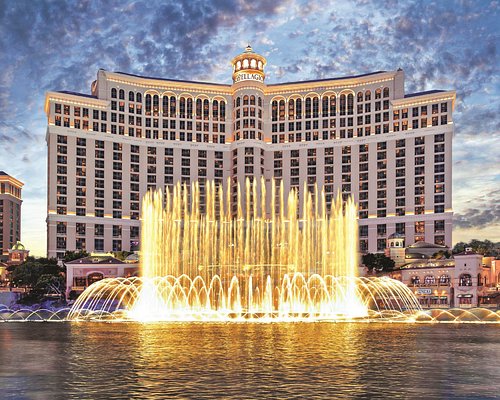 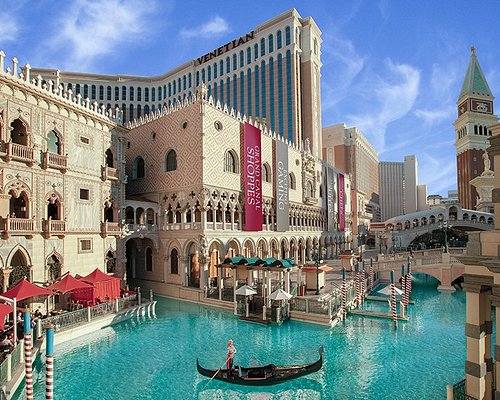 Website shows newly remodeled rooms. We paid extra for a "luxury" room. That means, If you ask, they will move you up 5 floors, same room. The rooms are big and the beds are great. Almost zero water pressure. Rooms old and outdated. Service contact is always a long wait. I gave up and hung up a couple times, got tired of waiting. A beer pong tournament was happening, young people running up and down hall yelling, stopping occasionally to throw up. Music from the street (drum beating) until 3:30 am, everynight. Watch your step.

This review is the subjective opinion of a Tripadvisor member and not of TripAdvisor LLC.
JaneB997
Longmont, Colorado
1718
Reviewed January 6, 2013
Go rooms

If you get the players' card, the Flamingo will comp you a basic room and they are a little funky. It's definitely worth paying $30 extra per night to upgrade to the Go room. You don't have to gamble much, just use the card when you do and they will start sending you offers. The location of the Flamingo is great and close to many areas. Also easy check in and out.

Room tip: Ask for a view overlooking the gardens on the inside.
Ask JaneB997 about Flamingo Las Vegas Hotel & Casino
2  Thank JaneB997

This review is the subjective opinion of a Tripadvisor member and not of TripAdvisor LLC.
luv2trav3
Houston, Texas
7164
Reviewed January 6, 2013
More than perfect

Arrived early, check in was a breeze. Left luggage with bell desk and went back to collect keys at 4pm. Staff at reception absolutely professionals. Luggages were promptly delivered to our room. Booked a Go Luxury Room with strip view and was given a room on the 24th Floor overlooking the Bellagio fountains, Paris, Excalibur and Planet Hollywood side of the strip. View was stunning. The room appears to have been renovated with two Tvs (one in the bathroom), electronic drapes and sheer, large bathroom with both bath and shower with body jets. Only complain about the bathroom was that there were no hooks or rails to hang clothes. Beds and pillows were very comfortable. Room well insulated so no outside noise - great for light sleeper. Housekeeping did a fine job cleaning our room each day.

Only place we ate at the hotel was the pizza place at the food court. Pizza was delicious and not too expensive. Bottled water cost $4.00 though ...... so better to get your water at the many Walgreens along the strip.

One of the best feature of this hotel is that it is centrally located in the middle of the strip. There is also a monorail station next to the hotel.

Check out was also fast and easy. There are several self check out machines at the lobby where you can also print receipt or have it sent to your email address.

No free wifi at the hotel but that seems to be the norm for Vegas. Hence, the good thing is no compulsory resort fees to pay.

Would most definitely stay here again.

This review is the subjective opinion of a Tripadvisor member and not of TripAdvisor LLC.
Shmuzzy
Markham, Ontario, Canada
934
Reviewed January 6, 2013
Excellent Value

Stayed here from November 25 - 30. I was a first timer to Vegas (and a first time solo traveller) so I did a LOT of research before I decided where to stay. Once I settled on the Flamingo it seemed that Go Deluxe rooms were the way to go and I got a great rate of $31+ tax using a cheapovegas.com promo code. I checked in at 1 p.m. but my room wasn't ready yet. (4 p.m. is official check-in time) They assigned me a room and told me to come back in an hour for the key. I did as they said, and after a short wait in line I was on my way. I was not charged an early check-in fee. I am a Total Rewards member (I signed up online before leaving) so I am not sure if that had any bearing on the lack of fee. I also booked directly with the hotel so maybe that had something to do with it as well. (Apparently hotels like when you do this) In any event I recommend that everybody sign up for this card ahead of time. You can pick it up at the booth right next to where you check in.

The room was very nice. I was on the 17th floor of the east tower overlooking the wildlife habitat. The floor to ceiling windows made the room very bright. For a room in this price range there were some nice amenities. There was a small refrigerator and a single cup coffee maker. People staying at other similarly priced Vegas hotels will agree that this isn't a common occurence. I should also mention that the room had a safe that was free of charge. The bathroom was nicely appointed (and renovated) with a stand alone shower as well as a nice tub. The lighting was very good and the water temperature and pressure were great. A nice touch was the embedded television in the mirror beside the sink. Yes, you can watch (and listen) to t.v while having a shower!

Had breakfast at the buffet overlooking the wildlife habitat. The views were nice (flamingos, black swans, turtles, koi, and various types of duck) but the food was only so-so. Maybe I was there a little too late? (It was almost lunch)

A switch right next to the bed that automatically opened and closed the blinds. And the blinds actually CLOSED all the way too! No waking up with the sun!

Didn't get much of a friendly vibe from the person checking me in. I tried to make some small talk but they really weren't very interested. They were perfectly efficient though, so no biggie.

The room had a "stereo" with an iPod docking station. I can't say how well this worked though being an Android person. :)

Fabulous central strip location and only three minutes maximum from your room to the street. Never waited more than a minute for an elevator.

Casino was ok. A little small in comparison to most, but alright. I didn't have much luck, but I didn't go to Vegas expecting to win. Cocktail service was actually pretty decent so it was all good!

In summary I had a very nice stay at the Flamingo. I had read hundreds (i'm not kidding) of reviews ranging from great to terrible but I decided to roll the dice and stay at the Flamingo. (Hey, it's Vegas!) As far as i'm concerned I came up a winner. Great price, great room and fabulous location. It's not the Bellagio or Encore, but if you are looking for good value at a solid property you will find it here.

This review is the subjective opinion of a Tripadvisor member and not of TripAdvisor LLC.
thescoop01
Houston, Texas
10996
Reviewed January 6, 2013
Nicely renovated!

Check in was a long process but I've found unless you are a platinum rewards member that will happen at any casino on the strip. They did a great job with the room renovations. Our room over-looked the garden/flamingo area which was a treat in the morning watching them walk around. Next time we stay we will opt for a strip view. The sound system is nice and the small TV in the mirror in the restroom was a treat when getting ready for a night out on the town.

Worth the money and a great value!

This review is the subjective opinion of a Tripadvisor member and not of TripAdvisor LLC.
View more reviews
PreviousNext
1…589758985899…