Everything you need and more - Shades of Sherwood Campground

Everything you need and more

Awesome campground. Has pretty much everything you could need when camping. When packing up to go camping we always forget at least one thing and its nice that the campground has a store where we can get stuff that we will need. The community at this campground is amazing. Everyone is so friendly and nice! We met some great people there and so did our kids. Its very family friendly unlike some other places we have been. There is always a lot of activities going on during the weekends for us and our kids to enjoy. I'm not sure why everyone on here is complaining about price. The campground is not expensive at all. I mean prices aren't going to be discount grocery, or walmart but they are still quite reasonable. Will definitely be coming back!More 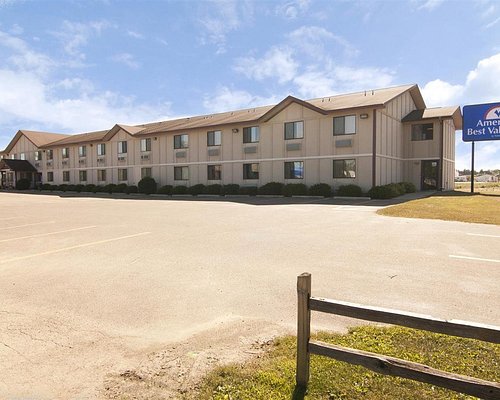 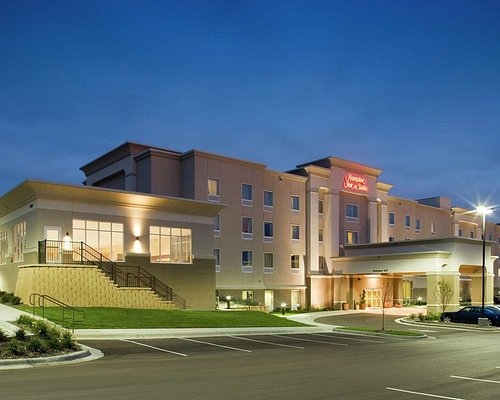 Shades of Sherwood Campground is a hidden gem in southeast Minnesota. The campground has a variety of fun activities for the young and the young at heart. From the water park with inflatables to tubing on the Zumbro River, you will never be bored at Shades of Sherwood. The sites are large, shady, and very clean. The seasonal campers are super nice and very helpful. If you are looking for family friendly campground, Shades of Sherwood is the place for you.

This review is the subjective opinion of a TripAdvisor member and not of TripAdvisor LLC.
Lisa H
14
Reviewed July 8, 2018 via mobile
Do not camp here

Second time camping here and it’s terrible. We thought we’d give it another chance 2 years after the first time. What a mistake. Extremely expensive. Rude staff. Seasonal golf carts driving at excessive speeds. Saw one kid get hit on the tire of his bike by a golf cart. Unmowed camp sites. Terrible not dumped or pumped porta potties almost filled to the top. Kids love the inflatables and the man made lake but other then that there is ABSOLUTEY NO REASON to come here. Oh, and my kids shoes and life jacket got stolen.

This review is the subjective opinion of a TripAdvisor member and not of TripAdvisor LLC.
Petterml
Wisconsin
27
Reviewed June 9, 2018 via mobile
Used to be a nice place to camp

Shades of Sherwood was our favorite campground for the last 5 or so years. Unfortunately the last 2 times we stayed it was a very unpleasant experience. Last fall we stayed towards the end of the camping year. There were not many weekenders like ourselves, but at about noon on Saturday our campsite was overtaken by literally 20-25 golf carts as the obnoxious seasonal people came on their pirate journey to various campsites to drink and do Jell-O shots. It was extremely obnoxious and no one even appeared to realize that they were even parking on our campsite.

Now for this weekend. I am writing this as I sit at my site in the Canterbury section of the park. I have my radio on while I sit by the fire and I legit cannot hear it because the seasonal people across the street are playing bags and have an 8x10 Bluetooth speaker just blasting music. I understand having a good time but people need to realize that they are infringing on the other campers that want to relax by the fire. It’s 9PM and I can hear their music inside my camper like I’m at a rock concert.

The kids love the amenities, but unfortunately this likely is our last time here. It’s become a party joke of a campground if you can even call it a campground anymore.

This review is the subjective opinion of a TripAdvisor member and not of TripAdvisor LLC.
45Anony
Forest Lake, Minnesota
17
Reviewed May 29, 2018 via mobile
Go Fund Me

Get yourself a Go Fund Me account because you’ll need it...
Nice location, great concept but not maintained well and overpriced.
Campsites were not mowed before we arrived Memorial Day weekend. Considering it’s kickiff to summer, I would have thought they’d ready to go.
Swimming pond across the street with inflatables (like wipeout) were a big attraction for the kids. Tubing down the river, a small pool, pedal karts (not a ton available, many broken and a delapidated mini golf course were the other attractions. For a weekend wristband for all attractions it was $25 per person. We had a group of 6 families, with a total of 15 children, some young teens. Even with teenagers, they required a “paid” adult to supervise. 15 x $25 = $375 alone in wristbands. Now add parents. 12 x $25 = $300. “$675” in wristbands. Now add the sites and firewood. $175 minimum per family x 6 families = $1075. Upwards of $2000 to camp and be able to enjoy the “amenities” offered.
The pond. Let’s just say I am unsure of the pretty green color it was. It was not algae, but it was an unusaul color and had a very unpleasant odor. I thought it was a chlorine pond/beach until I was up close. Something just isn’t right about the color and odor. It did have dead fish in it, which didn’t even seem to be that odor. I would imagine they died from the unnatural water/color.
The pool. Way too small for this size resort. After smelling the pond I thought the better option would be the pool. I was wrong. There was no swimming. There was no playing. There was no room to do anything. It was like a can of sardines.
The mini golf. Lol I will leave it at that.
Pedal karts. I already mentioned there were few and many that were broken. The kids barely had a chance to ride them.
I dud forget they had a jumping pillow. The kids did like this but it was very crowded and I watched several kids get hurt by bigger kids on there doing flips. One ended up with a bloody eye.
Their store was certainly for convenience and they robbed you blind in there. A small bottle of ketchup I saw was $5.
Power went out with no communication as to when it would come back on. Thankfully it was only a couple of hours but it was also 95 degrees out.
All in all, It was nice to spend time with friends we never get to see and the kids enjoyed playing together.
However, the greed of this owner is out of control but considering the money he is making he could at least put some back into maintaining and upgrading the campground.
Did I mention their toilets were porta potties? Their 2 showers you also had to pay for? If like the arcade games that eat your money, you’d be in a pickle with these showers...
We will definitely find a different campground for our next adventure. For the price of this, we could have gone to the Dells.

This review is the subjective opinion of a TripAdvisor member and not of TripAdvisor LLC.
spaschke
New Richmond, Wisconsin
18
Reviewed May 27, 2018 via mobile
Greedy & poorly managed

This is not the worst campground I've ever been to but it's definitely not the best. The water park across the road that requires a wrist band requires supervision for anyone 15 or younger & the adults have to pay for a wrist band just to supervise. This man made beach has pretty cool inflatables but also snapping turtles, dead fish & leeches. After the first day & weekend long wrist band my kids don't want to go in the water park anymore. The entire campground has only 1 set of bathroom facilities with pay showers and then 4 or 5 port a potties for the entire campground. If a machine in the arcade eats your money (which will happen) don't bother telling the office because they'll just tell you that another company handles the arcade machines. Their roads should either be one way or wider as its extremely tough to navigate the roads once inside. Fire pits are located almost right on the roads which makes it difficult to park campers and vehicles and offers no privacy at night when you're sitting around the fire. When you call to book a site its very hard to get ahold of someone as you just get a mailbox full message and have to keep calling until someone finally answers. We managed to have a good time with the group of campers we were with but we won't be returning. We said to each other several times that this is a nice location and could be really nice but we think it needs a change in management.

This review is the subjective opinion of a TripAdvisor member and not of TripAdvisor LLC.
View more reviews
PreviousNext
1234