We visited this place for the second time. It is not fancy, but the setting is beautiful and it is very comfortable. There is a nice restaurant right next door. All rooms overlook Lake Michigan. There is a nice veranda to sit on, watch the lake, and have a nice cup of coffee.

Room tip: Nothing's new but it is all comfortable and the view is worth millions.
See all 31 reviews
Nearby Hotels 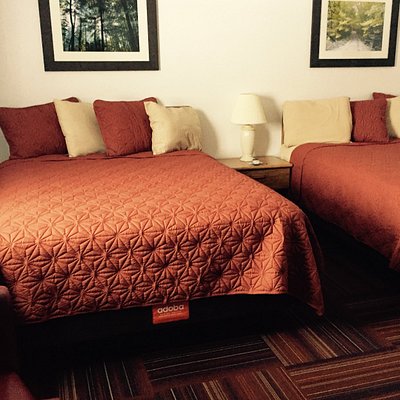 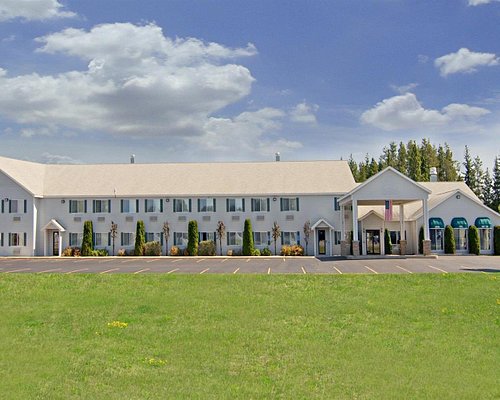 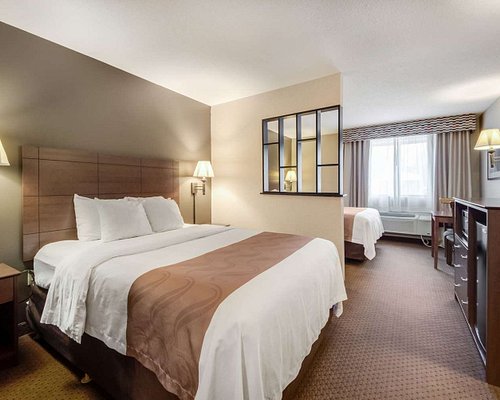 My husband and I have traveled through the UP for over 50-years. We try to stay at mom and pop places to show our support and have had many good experiences. This wasn't one of them. The only good thing about it was the price and the view. It's very close to the Cut River bridge and the view from the motel was spectacular. The manager was there when we stopped but the room was very disappointing. The wiring was especially bad and when we turned on the bathroom light the TV turned itself off. We didn't attempt a shower after looking at it. While it seemed fairly clean, it was obviously old and not maintained. You had to go to the office for ice out of a chest freezer. It was very warm while we were there so we didn't have to struggle with heating. There was no refrigerator or microwave or air conditioning. We certainly would not recommend this place to anyone. I think they also own the restaurant right next door. That was very nicely decorated for the UP but it took over an hour to get a simple breakfast order. Should have gone to the one across the road.

This review is the subjective opinion of a TripAdvisor member and not of TripAdvisor LLC.
Kleine
Dowagiac, Michigan
20159
Reviewed September 19, 2010
Ended up leaving

We booked this because it is close to the cut river bridge and haven't been in that area, so we didn't know any better. When we got there- there were instructions to choose a key and pay later- we went into our room and the carpet was very dirty. We decided not to stay, went on to St. Ignace and had a great time. If the manager would rehab the rooms, it could be a fine place- the view of the water was very nice, but that's it!

This review is the subjective opinion of a TripAdvisor member and not of TripAdvisor LLC.
Sri7000
Milwaukee, Wisconsin
13
Reviewed September 6, 2010
Never ever go here. Place stinks

Recently we (3 families) went for upper peninsula trip and happened to stay here. Eventhough the address in tripadvisor mentions "New berry" it is located in " 5539 US-2 West, Epoufette, Michigan 49762". We booked 2 rooms. There is no manager here. If you have reservation, you will have to pick the room key in the office. The owner lives next door. Problem 1: Heater did not work in both the rooms. The owner came and told that (rather than cranking the heater), he did not expect this cold in the 1st week of September and went away. So no heater. Problem 2: Room stinks and very old and poorly maintained. Problem 3: Worst shower we had in our life time. The shower was not having water flow at all. My friend tried to remove the shower cap and it had 2 inches of dirt that stopped the shower. The water was so bad like brown and very rustic odor which stays in your body all day long. In room two, its the same issue, but even more when we tried to fix the shower the tap came off. There were several bit of instructions all over the room such as "open tap little harder, this door latch (bathroom!) will not work etc. In room 2, we had reserved a crib for 5 month old ( our bad), and it was not aligned. So we called the owner he could not fix it and he called his friend. The friend could not fix and this guy called a girl (his friend), She could not fix either and she called her friend. The 4h guy came and fixed it. Time was 12 midnight already. So there is no proper management at all. Very family (LOL) run stinky motel. Do not even think of going here. Happy Vacation!

This review is the subjective opinion of a TripAdvisor member and not of TripAdvisor LLC.
PreviousNext
1…56