Hamilton Inn Select Beachfront
Hamilton Inn Select Beachfront
Lowest prices for your stay
Lock in the lowest price from these sites
$100
$88
Free cancellation until 11/04/21
Reserve now, pay at stay
View deal
Expedia.com$88
Hotels.com$88
Priceline$88
FindHotel$88
Orbitz.com$88
Trip.com$100
View all 18 deals
Prices are the average nightly price provided by our partners and may not include all taxes and fees. Taxes and fees that are shown are estimates only. Please see our partners for more details.
jamesAtlanticMine_Mi
atlantic mine, mi
11727

Great buck for the money

We were planning on traveling all the way to Howell Michigan. After five hours of driving, we decided to pull over and to look at the Hamilton in in Mackinac city.
The front staff was very accommodating. Looks like the room has been recently updated. We had a lakefront view. It was awesome.

Trip type: Traveled with family
See all 1,462 reviews
Nearby Hotels 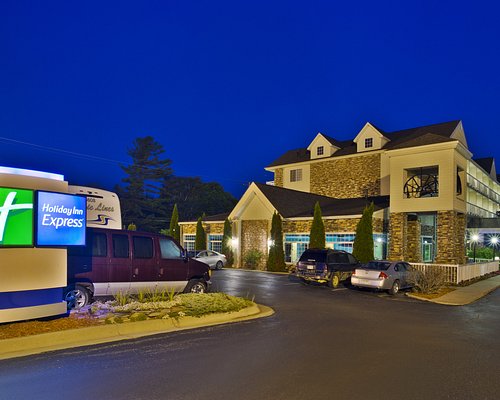 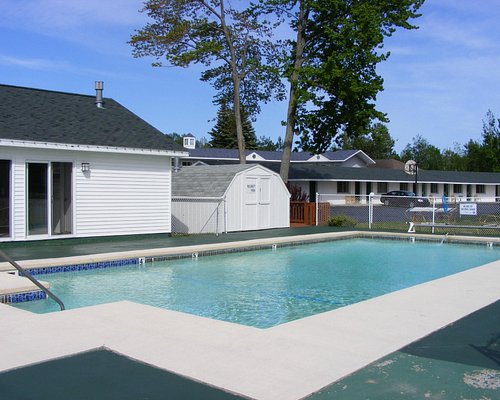 My wife/ girlfriend at the time booked a 5 night stay here accidentally. It was late when we arrived at the place I thought we were going to. When we walked in they informed us we did have reservations so we pulled out the confirmation number. We were at the wrong place! We went to the Hamilton Inn. OMG! I was never so happy we booked there instead of the other place. It was awesome. We went here for our honeymoon and try to make the trip each year for our anniversary! Can say enough good things. It's right on the lake.

This review is the subjective opinion of a Tripadvisor member and not of TripAdvisor LLC.
201markw
Bloomington-Normal, Illinois
6
Reviewed April 6, 2017
Not so good

Since we have been receiving many unsolicited phone calls I am trying to make sure my number is not given out. When I made the reservation I simply asked if the number is sold or given out and the woman critically and impolitely asked why would I ask that. Her tone and arrogant attitude was very disturbing. Sine many hotels are closed at this time of the year in that town, I went ahead of the reservation anyways. The check in staff was very pleasant and he quickly checked us in. In the room we found opened snack wrappers and crackers on the floor and hair in the tub. They need to do a better job at thoroughly cleaning in corners and elsewhere. There was litter in the elevator all night but they did take care of it when I brought it too their attention in the morning. The hallway and the breakfast area was very cold. It was not so pleasant eating breakfast. At checkout when I reported these things there seemed to be an absence of taking responsibility. The woman told me I should have unreported the unclean room and they would have got me another one but all of the dirty items were not discovered right away. She also said maybe a window was open but I doubt it as too much of the hall was cold and in the breakfast room it would have been noticed. Also the business center was closed. When items are reported a better response would be I am sorry for your unpleasant stay.

Room tip: Ask if they clean their rooms thoroughly or other questions and listen for any arrogant tone.
Ask 201markw about Hamilton Inn Select Beachfront
Thank 201markw

This review is the subjective opinion of a Tripadvisor member and not of TripAdvisor LLC.
Travel563157
34
Reviewed April 5, 2017 via mobile
Worse Hotel Experience Ever

When checking in the front desk seemed very angry and frustrated. I was assigned a room and paid for it. When we got to our room we were given the wrong type. Paid for a lakeview, was given street view. We went back to the front desk and we were reassigned a lake view room. When we went to the room there was a woman sitting in the room and she stated she was waiting for her friend to finish cleaning the room. She stated she had to get towels and would then be done. Her friend placed towels in the room and they left. We found that she left her tip envelope on the table and had the tv, refrigerator, and lights unplugged. It's a good thing we plugged in the refrigerator because when we returned from dinner that evening we found the fridge full of old food. We called to find out what time the pool opened the next day so that we could get one last swim in, we were told 9am. After having the less than sub-par breakfast we went to the pool only to find it locked. When I asked the front desk they said it wouldn't be ready until 10:00ish. We decided to check out only to find that we were never in the system and were checked in under someone else's reservation. It was a terrible experience!

This review is the subjective opinion of a Tripadvisor member and not of TripAdvisor LLC.
alinkadensmom
5
Reviewed March 20, 2017 via mobile
Awesome!

Absolutely amazing! Very clean . Staff was very helpful and very friendly! Will definitely be returning! Nice location, right by the water park! Close to everything! Amazing and very affordable!

This review is the subjective opinion of a Tripadvisor member and not of TripAdvisor LLC.
Peggy W
Grafton, Wisconsin
182
Reviewed March 20, 2017
Early spring getaway

Hotel staff was great -- very friendly. Room was very nice -- clean, spacious, nice view of the lake, very comfortable bed. The biggest disappointment was the breakfast. Will likely stay here again but go out for breakfast next time.

This review is the subjective opinion of a Tripadvisor member and not of TripAdvisor LLC.
View more reviews
PreviousNext
1…109110111…