Prices are the average nightly price provided by our partners and may not include all taxes and fees. Taxes and fees that are shown are estimates only. Please see our partners for more details.
Glandois
Dubai
1212

We spent one night in the hotel with our three small children. We had two interconnecting rooms. The rooms are quite big and clean. The bathrooms are clean too. Apparently, the hotel has been renovated recently.
We did not eat in the restaurant, mostly because the restaurant is too big and looks cold and not cosy. We only had breakfast there and it was really terrible, I think it was the worse breakfast we had in 20 days of travelling in Vietnam. the choice and the quality were very poor. I almost did not eat there. The stuff do not speak English, and very poor French. Actually they do not understand anything if you do not speak vietnameese.
I gave some clothes to the laundry and got them back still wet and not ironed.
But there is a beautiful view from the hotel!
They also have good bikes for rent. And they even had a bike for my 8 year old daughter.
I would recommend to stay in this hotel, just do not eat in their resautrants!More

Dear Glandois,
Thank you very much for your review
I am sorry to hear that your breakfast did not meet your expectation. Please accept our sincerest apology for the unexpected occurred during your stay with us.
Now, Our menu Breakfast added many food and beverages for set menu (15 types) and Buffet Breakfast (more 35 types) so you will have many choices for your Breakfast!
We do sincerely hope to have another chance to welcoming you back to experience our real standard of service.
----------------
Best regard
Hotel Management

Report response as inappropriateThank you. We appreciate your input.
This response is the subjective opinion of the management representative and not of TripAdvisor LLC.
See all 117 reviews
Nearby Hotels 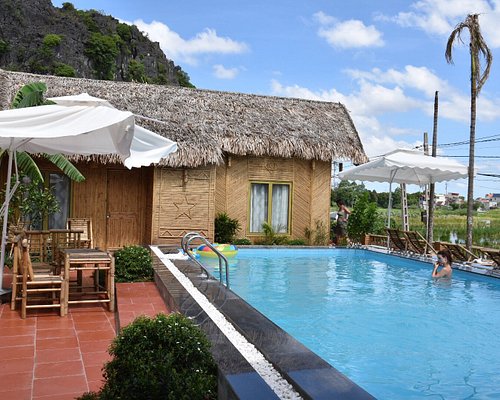 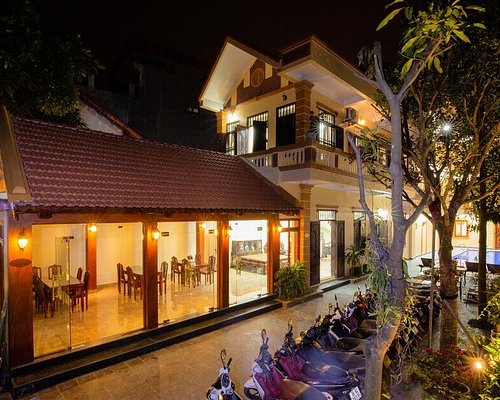 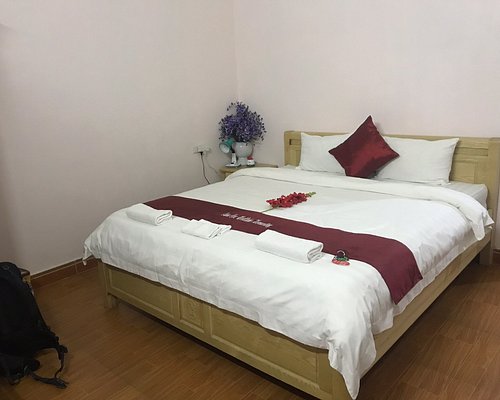 Stayed in a superior room for one night as part of a tour (so cannot comment on price/quality ratio). Rooms are clean and nice, but the hotel is just a big too big and cold for me. It seems like large tour groups visit this hotel. Also, wasn't too keen on the smell that hung around the building. Friends that I traveled with had trouble falling asleep due to the karaoke bar nextdoor. Staff is really nice though and location is very convenient.

I do suspect that it is more difficult to find a great hotel in this are than for example in Hanoi.

This review is the subjective opinion of a Tripadvisor member and not of TripAdvisor LLC.
NettyA
Brisbane, Australia
497284
Reviewed July 11, 2012
Mixed experience

The hotel is about a 10 min walk to the boats in Tam Coc, so is convenient.
It is very large and looks very grand with heavy ornate wooden furniture in the foyer and restaurant. However, the rooms didn't quite live up to standard. They looked quite new but seemed low quality and our shower door had come off its rail. We managed to put it back on. Also, our friends next door didn't have a working air conditioner and the fan was incredibly noisy. We could hear it too. They didn't think to ask for them to be repaired, so spent a sleepless night in the heat.
There seems to be still construction work happening with the hotel so there was a lot of dust around on the passageway floors. There looked like a half built swimming pool on one side and the roof top area is not yet open. It will be an excellent spot with great views when it is.
We had our dinner in the hotel. Food was fine but unfortunately the service wasn't so good. Two large tour groups came in not long after us, so many of our drinks orders were very slow and one meal in our banquet didn't arrive until we asked. Breakfast was average.
The Reception staff were friendly but there was mainly only one person on duty.