Cheapis the only reason to stay - Magnuson Hotel Framingham

Cheapis the only reason to stay

Smelly, dirty (hair in tub), no pretense of caring by desk staff. Thank Gawd the kid picked another college so we won't have to consider this joint again. Really ridiculously hard to find, which may be just as well.

See all 287 reviews
Nearby Hotels 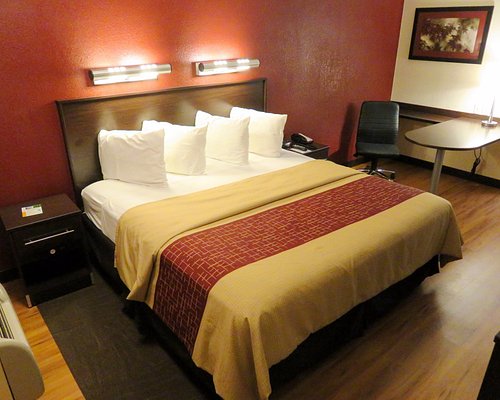 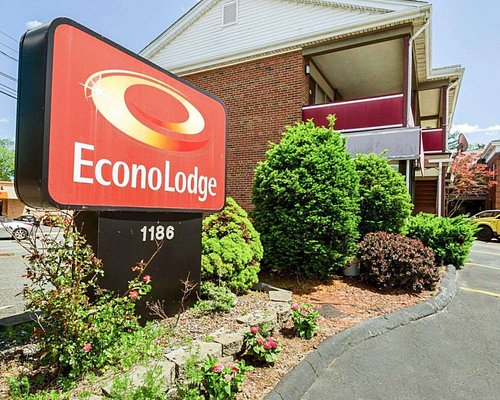 Most rooms are in the Executive Building, a newer hotel building, which is where we stayed. The other building is their Lodge Building, like an older motel. Our room was very nice - large with very comfortable king bed and had refrigerator. Breakfast was very good. The only hot food was yummy waffles but there were a lot of options - muffins, pastries, cereal, bagels, yogurt, fruit, and several juice options. Staff were very friendly. Wi-Fi was great. Convenient location - great restaurant nearby and easy access to public transit to downtown. Plenty of on-site free parking. Would definitely stay there again and recommend it.

This review is the subjective opinion of a Tripadvisor member and not of TripAdvisor LLC.
MaryFBuffalo
Great Barrington, Massachusetts
162
Reviewed October 6, 2018
You get what you pay for

Highlights: EarthTempo shampoo, conditioner, soap and body lotion. Wonderful, natural products in biodegradable packaging if that is important to you. Another is the British Beer Company...great food, reasonable pricing. Our room was clean, but in dire need of updating (I only wore shoes in the room, including to go to the rest room in the middle of the night)

The building is tired - it was my 2nd stay. The first was about 18 months prior when there was a pool...I didn't notice this time, but recent reviews say "No." We arrived at midnight when it was still over 80 degrees outside (August) and our room was much hotter. Despite calling ahead and stating our arrival time, they did not see fit to turn the AC on in the room. And proceeded with a charade of 'checking' other vacant rooms - only to find that none had AC on...and pretending to be surprised. Sleeping in 85 degrees or so was barely possible and we had to wake at 6 a.m.. The front desk could not have cared less upon checking out. I don't recall a microwave, but we had a frig (not plugged in).

If you go to Boston often (perhaps to see your college kids) then it is a very affordable place to stay close to the heart of Boston. But...realize...your room for under $100 will give you the basics (including a sub-par basic breakfast - hard boiled egg was the highlight).

This review is the subjective opinion of a Tripadvisor member and not of TripAdvisor LLC.
frockexchange
Charlotte, North Carolina
5
Reviewed October 1, 2018 via mobile
Customer Service very poor!

I called to cancel my reservation due to flight cancellation and delays and spoke with Tucker over the phone. He was as rude as he could be! He was non interested. His attitude was so distasteful! I had a non-refundable reservation and boy did he let me have it! As soon as he retrieved my reservation, he immediately became agitated and cut my sentences off each time that I tried to explain my situation. He wasn’t having it nor was he trying to be helpful in any way. He was non compassionate, non apologetic, unhelpful, rude, bad attitude and arrogant! I will never ever book a reservation to stay at this property again and I will tell all of the friends and families at my children’s boarding school to never consider staying here either! Tucker is a poor representation for your hotel! Kimsioux M.

This review is the subjective opinion of a Tripadvisor member and not of TripAdvisor LLC.
gilda905
83
Reviewed August 22, 2018 via mobile
Fleas

For the past ten years we have stayed at this hotel, originally a Best Western, numerous times. On this visit, our room smelled musty and moldy so we turned on the air conditioner and left to visit family. On our return when I removed my shoes, the carpet felt very damp. The next morning, I felt nauseous and unwell and my legs itched and burned terribly. I thought it was mosquito bites but they were covered with red dots and terrible streaks of red. We changed rooms. That night there was a huge puddle of water in the bathroom coming from under the toilet. We called in the morning. Meantime I was in terrible pain with uncontrollable itching on both feet and shins. They said the toilet was fixed but a huge puddle was there again the next morning. We called again. All in all, it took 3 days to fix. The next day I went to a local emergency medical clinic because I couldn’t stand the itching and pain any more. The medical nurse practitioner in charge of the clinic told me that it definitely was not mosquito bites and looked more like fleas than bed bugs. Her report reflected this and recommended that we tell the hotel to have someone come in to verify what critters were in that room. Instead of apology, empathy, asking how I was doing, comping part of the bill, we heard a very significant self-defensive tone and a complaint that the manager would have to spend money having an inspector come in. We checked out six days later and by that date, no inspector

We were there for 10 nights and 3 other rooms had been booked at our recommendation by family members. The manager was defensive, insisted she had apologized, and did nothing to make up for the flea bites, discomfort, 3 days of toilet water on our bathroom floor. Her only concern was about what it would cost to hire an inspector.

It goes without saying, we will never stay there again.

Interestingly, Magnuson Hotels head office will not accept any responsibility because the hotels are owned and operated privately and not by the chain.

This review is the subjective opinion of a Tripadvisor member and not of TripAdvisor LLC.
SarahBleskie
Ottawa, Canada
1022
Reviewed July 21, 2018 via mobile
Review Of Magnuson Hotel

When I Booked this hotel online it said that this hotel had a pool and also microwaves in every room. This hotel has neither. I booked this hotel for that reason alone. I was very disappointed and when I told the hotel that they should change the information they told me that it was up to the website that ibooked the hotel through which was trivago.

This review is the subjective opinion of a Tripadvisor member and not of TripAdvisor LLC.
View more reviews
PreviousNext
12…