$305
$291
View deal
Hotels.com$305
Travelocity$305
Priceline$305
View all 18 deals
Prices are the average nightly price provided by our partners and may not include all taxes and fees. Taxes and fees that are shown are estimates only. Please see our partners for more details.
Linda B
Bangkok, Thailand
124229

Our family stay at this hotel during the Christmas Holiday. Everything is relatively quiet, but peaceful. The sound of the ocean is wonderful and the view from the balcony is fantastic, especially at the sunrise. We take a trip to the Asseteague Island and have a nice walk around and see one wild pony upclose and one further away.

See all 5,011 reviews
Nearby Hotels 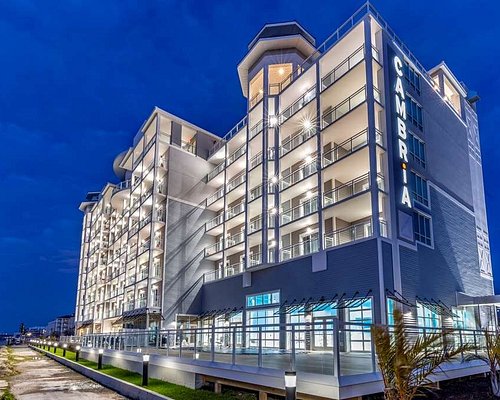 I stayed at the Dunes Manor Hotel in July 2005 and found it to be a place of extremes--a mixture of good quality with the very average.

The lobby is very nice and spacious with a pleasant old fashioned Victorian parlor theme. You can walk out to the adjacent big porch facing the ocean and sit in one of the many rocking chairs and relax. There is a friendly woman piano player who plays all the old favorites on the old grand piano on some evenings in the summer just like it must have been in the "good old days." There is also, at least in the summer, a daily afternoon tea and cookies which is very popular with the guests. The hotel restaurant is also just off the lobby overlooking the ocean with fairly decent food and service. I did get one of the order by 5:00 pm dinner specials and it was pretty bad though. I made the receptionist take it off the bill when I checked out but only after alot of arm twisting. The breakfasts were fine and a couple other "non special" priced lunches were adequate. The hotel is just one block north of the end of the boardwalk for easy access to the boardwalk tram and attractions.

Overall, I was quite disappointed with the room at the Dunes Manor Hotel. The mid-week rate in July 2005 was $239 a night which with tax brought the bill to well over $700 for the 3 nights I was there. The room was tolerable, average size and not awful. However it was very very plain with cheap furnishings and two double beds which were acceptable but not very comfortable. After the nice lobby, the room is a let down. The bathroom was small and also plain. ( My rooms at the Crystal Beach Hotel and the Holiday Inn Express where I stayed in 2006, while nothing special, were both superior to this room. ) You do get a private balcony off your room directly overlooking the ocean which is a plus when staying here. I was up on a higher floor so the view was very pleasant. The room was kept fairly clean and had daily maid service so I have to be fair about mentioning that. Unfortunately my room smelled strongly of urine in a corner of the carpeting as if the people before me had brought a pet dog. The front desk said they could not change the room when I went to complain right after checking in so I went out and bought a can of Lysol which helped as long as I kept spraying regularly.

I need to share with readers that the elevators in this hotel are ridiculously slow. They are so outdated for a place charging the rates the Dunes does. After the first couple of times it got very very annoying to wait for them because it seemed to take forever. To the owners of this hotel; get off your butts and replace these elevators. Your customers don't deserve this cheap mediocrity. If you are not going to replace them and update the rooms a little, you have no business charging the rates you do.

Overall, one needs to keep in mind, including me, that this is Ocean City, and the overall standard is not like staying at a decent hotel in Baltimore or Washington, D.C. Still, things are changing and there is some competition out there now in O.C. I can say without any hesitation you can definately do better than staying at the Dunes Manor when planning your next trip to Ocean City.

The rooms in this place get a B-. They do not get an A - or a B+. Without the direct ocean view balcony they would get a C, regardless if this hotel is located in O.C.

It is time for the Dunes Manor to have a facelift, and especially, an elevator lift. Until then, this property will not see any more of my money.

This review is the subjective opinion of a Tripadvisor member and not of TripAdvisor LLC.
pappu77
pittsburg
13
Reviewed December 9, 2006
Terrible over priced hotel

When you go into the hotel the lobby is very nice but the room is very simple. Its like a regular motel room. not much space at all. dinning room food was hard and cold. Complained to the manager at the front desk.....and his response was their is nothing i can do for you I am busy. Will never go back to that place again.

This review is the subjective opinion of a Tripadvisor member and not of TripAdvisor LLC.
armyman2006
salisbury
137
Reviewed November 9, 2006
very clean rooms good ocean view good view of the pool and bar area nice deck an

This review is the subjective opinion of a Tripadvisor member and not of TripAdvisor LLC.
Visitor7
Newark, Delaware
51116
Reviewed October 6, 2006
Very Nice Palce

Really enjoyed the place - mainly retirees
Free coffee in AM (6-10) and tea with cookies and crumpets from 3-4
Very large porch/deck facing ocean with rocking chairs
Also has indoor/outdoor bar (also sells food)
Main retauarnt - Victorian is very reasonable for breakfast - had a special for 2.99 - 2 large pancakes with sausage or bacon and coffee (didn't have lunch or dinner in restaurant).
Indoor pool and on weekends in off-season they have a piano player in lobby. Places to eat in walking distance and Hotel is just few blocks to end of boardwalk (can take tram on weekends during off season)

Staff all were friendly and extremely helpfull

Found the place quite and very relaxing
I will definitely return

This review is the subjective opinion of a Tripadvisor member and not of TripAdvisor LLC.
bliteful
Md USA
5366
Reviewed September 17, 2006
Nice Stay At Dunes Manor Hotel, Ocean City

We stayed at the Dunes Manor hotel over Labor Day W/E. The hotel was quite clean and comfortable. The rooms are all oceanfront with a nice balcony. It is close enough to the boardwalk. The check-in and checkout process was hassle free. The price was relatively reasonable. There was adequate parking. We will definitely return.

This review is the subjective opinion of a Tripadvisor member and not of TripAdvisor LLC.
View more reviews
PreviousNext
1…822823824…