Dirty and Disappointing - The Blue House

Review of The Blue House 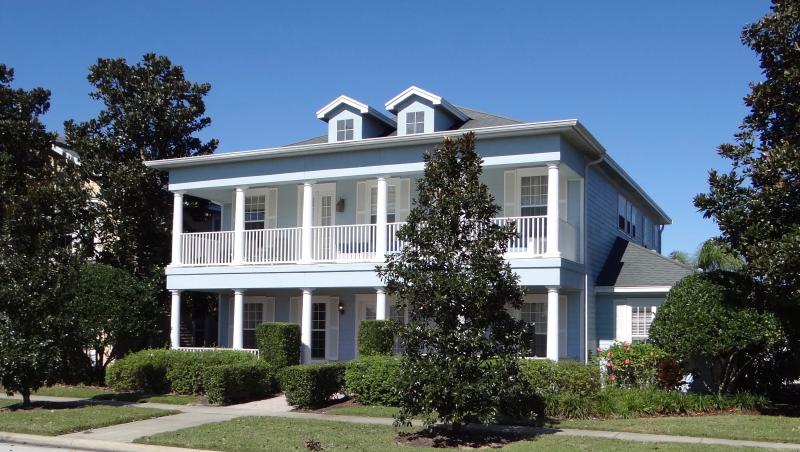 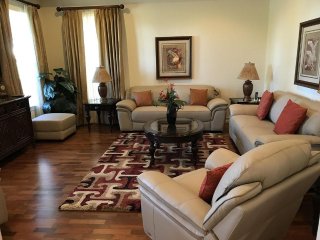 This house has so much potential but it misses the mark on every possible level. I normally do not post negative reviews, but this house was just so bad, I want to save other families time and hassle. I am writing this review while we are still here, so I do not miss a thing and to save other folks the disappointment. There is so much wrong with this house, that I cannot put it all in this review, but the highlights alone, I hope, will save others severe disappointment.

While the owners were wonderful do deal with and directions and reservations were a breeze, there is a serious disconnect somewhere between ownership and management. This is, by far, the dirtiest home I have ever rented. It is in deep need of maintenance and refurbishing and has no business being in any type of rental pool until the issues are corrected. I would have checked out the moment I checked in, but I was traveling with 7 other people and did not want to disrupt the vacation time of my entire family.

The disappointments began when we arrived and could not figure out how to get to the back of the house where the parking is located. We figured it out, only to find that there is only parking for one vehicle in the driveway and one in the garage. Which was fine, but you cannot fit two cars in the drive, side-by-side.

We entered through the pool area at the rear of the house and the first thing we see is the back door which is filthy. It's dirty and grimy and not what you expect to see when you enter a rental. The next issue that we encountered was the Jeeves Property Management Company. One of their technicians was still here when we got to the home on our day of check-in. That was not an issue, but he informed us that two out of the four televisions did not work with their remotes. When I asked him when the issue was going to be corrected, he said that he had to wait to buy new televisions, and needed owner permission. The correct answer to that would have been, "I'm going out to buy two universal remotes, and will be back shortly." So, while all the televisions work, two of the four need to have the channels changed by getting up to switch the channel on the TV itself. Not the end of the world. But things get worse.

Once the Jeeves gent was gone, that is when I noticed how dirty the home was. Just filthy. The walls and the doors were covered in scuffs and food. The mirrors were streaked and filmy, the furniture and chairs stained and there is food beneath the glass top of the dining table. We had to start cleaning the moment we got into the home. That would have been easier had there been a vacuum or mop, which there is not. There are carpet throws in the home, as well as really dirty and stained carpets, but there is no way to clean them. I found a broom in the garage, while I was searching for the electrical panel as several outlets, including the phone in the kitchen did not work.

So within 20 minutes of checking in to the house, we had two televisions that were not working correctly, we had two outlets and the kitchen phone that was not working, the WIFI was not working, and the place was disgusting. With that, I made a call to the Jeeves property management team. That was on Sunday. I was told that the on call person was going to be called. Four days later I have not heard anything from them. As it pertains to the WIFI, thank goodness I am an IT guy, otherwise we would still be without internet connection. As it turns out the login information that we got from the owners and from the Jeeves Company were both completely different and incorrect. I had to figure out the issue on my own, and after 30 minutes of troubleshooting I fixed the issue.

On top of the filth, there are several items on the property that do not work. The Jacuzzi tub in one of the master bedrooms upstairs does not work. There are several burnt out bulbs in the house, the security code that works for the back door does not work for the front door, so we are only able to use one door in the house. The A/C units in the home are not effective in keeping the house cool. It has been 100F on average since we got to the property and the upstairs has not gotten below 85 degrees. To further that, I found black hairs all over the house, dead bugs, and blood stains on the towels. In fact all the towels are stained with one thing or another. The floors and cabinets are in deep need of heavy cleaning, and there are shelves in the closets that need repair. The doorbell chime cover is missing and is unsightly, there is a fire detector hanging from the ceiling, and the licence for this home as a rental expired in April 2014.

Among all of the other things that need to be corrected in the house, the kitchen linens are rags, the knives are as sharp as spoons, and there is one ironing board for five suites. Other small issues include, no soap dishes, no towel hooks or racks to hang towels when you get out of the shower, no ceiling fans to offset the A/C that does not work, and there are small dead bugs and cockroaches all over the house.

If the house was not bad enough, to add to the frustration, dealing with the grounds people and the club house is interesting at best. When I went to the club house to ask them where the gym was, two out of three people did not know what to tell me. Finally I found out where it was, and was told that it opened at six a.m. I have been there five days and three out of the five, I waited more than twenty minutes for the gym to open, and by twenty after six in the morning I went for a walk instead. Just disappointing.

Date of stay: October 2014
Liked best: The location
Liked least: The house is just filthy.
Traveling group: Extended Family
Would you recommend this hotel to a friend?   No.
Was this review helpful? Yes
This review is the subjective opinion of a TripAdvisor member and not of TripAdvisor LLC.
Unfortunately the guest did not send any of this information to me at all or copy me into the review and I have read it for the first time 6 months after it was posted.
I am always available during your stay and welcome any feedback positive or negative. Jeeves are professional management company who we have worked with for over ten years now and we have found them to be very good at what they do. They work extremely hard to ensure that your stay is trouble free. We work hard to make sure that the house is as we would expect it to be if we arrived on holiday and we take this seriously. If there are any issues then please do tell us. We update the home each year and we replace what we feel needs replacing. In August 2014 we had bought new pool furniture, new bed linens, new pans,new mugs and new kitchen towels for example. We want you to enjoy the home and to come back another day. Unfortunately there are certain things we have no control over breaking however we can and we do replace them or arrange for their repair. Please note the house is licensed with all the necessary people and authorities. There is a double garage at the rear of the home accessible by the service road that runs behind the house parallel to Excitement Drive.
This response is the subjective opinion of the management representative and not of TripAdvisor LLC.
Problem with this review? Thank you. We appreciate your input.

Ireland
Reviewed November 20, 2012 for a stay in July 2012
Date of stay: July 2012
Liked best: huge rooms with 2 bedrooms downstairs
Liked least: rained for two days
Traveling group: Teenagers
Would you recommend this hotel to a friend?   Yes.
Recommended for:
Was this review helpful? Yes
This review is the subjective opinion of an individual traveler and not of TripAdvisor LLC nor of its partners.
Many people say that the photos do not do the house any justice as it is larger than it looks and it does enjoy such a great location. It is a bright, cheerful and home and very easy to look after so it is very easy to relax in and to use as a base for a holiday. Our management team are available in case you need anything and I am always available via email if required.
This response is the subjective opinion of the management representative and not of TripAdvisor LLC nor of its partners.
Problem with this review? Thank you. We appreciate your input.

Buffalo, New York
Reviewed November 18, 2012 for a stay in January 2012
Date of stay: January 2012
Liked best: The proximity to the pool, golf and dining
Liked least: nothing I can think of
Traveling group: Spouse/Partner
Would you recommend this hotel to a friend?   Yes.
Recommended for:
Was this review helpful? Yes
This review is the subjective opinion of an individual traveler and not of TripAdvisor LLC nor of its partners.
It is always encouraging when we get visitors returning year in and year out. We work hard to try and get everything right for our guests and we know from the feedback we receive from them that they do notice the changes that we make each year between their visits. This may be new bedlinen or a new television or just some new books in the book cupboard.
This response is the subjective opinion of the management representative and not of TripAdvisor LLC nor of its partners.
Problem with this review? Thank you. We appreciate your input.
Previous Next
1 2
Updating list...
Do you own a vacation rental? List it here.

Looking for a place to stay in Reunion?
View all 1,271 vacation rentals