$318
$222
View deal
Priceline$249
Hotels.com$229
Destinia.com$318
View all 18 deals
Prices are the average nightly price provided by our partners and may not include all taxes and fees. Taxes and fees that are shown are estimates only. Please see our partners for more details.
rayvwi
Chicago, Illinois
1

Virgin Hotels was a stay and place like nothing I have ever spent time before. I will be back again. This place loves dogs so much, Willow (my dog) and I will make it our little pampering stay when we visit again. Willow was at ease, catered to, and felt welcomed by the staff members at Virgin Hotels! Thank you Pam for a lovely experience!More

Thank you for the brilliant review! We are simply delighted you and Willow enjoyed your pampered stay!!!

Report response as inappropriateThank you. We appreciate your input.
This response is the subjective opinion of the management representative and not of TripAdvisor LLC.
See all 2,514 reviews
Nearby Hotels 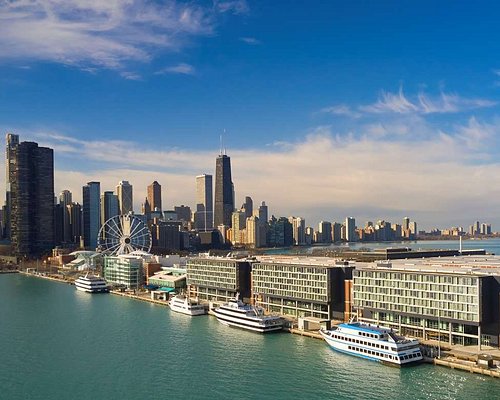 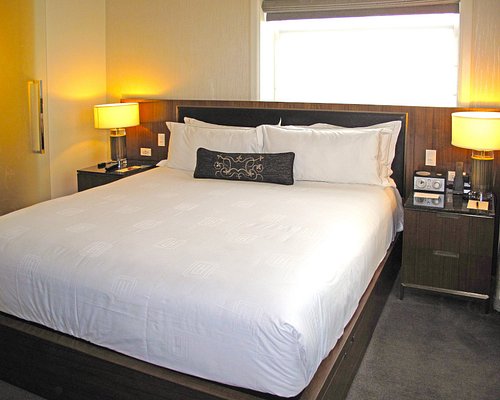 This was my best hotel experience ever! EVERYONE was so friendly and went out of their way to help! The rooftop bar was my favorite and Zach was the best bartender ever! The food and drinks were great and I found a favorite margarita! I will be back!

Room tip: I needed for nothing! They had everything you could think of and the layout was wonderful!
Trip type: Traveled solo
Review collected in partnership with this hotel
This business uses tools provided by Tripadvisor (or one of its official Review Collection Partners) to encourage and collect guest reviews, including this one.
Ask mjparkerk12 about Virgin Hotels Chicago
Thank mjparkerk12

We can't stop blushing! Thank you for the great review. Zach is awesome and he said he'll have your favorite margarita ready for you upon your return. We all hope it's soon!!!

Report response as inappropriateThank you. We appreciate your input.
This response is the subjective opinion of the management representative and not of TripAdvisor LLC.
wholeysmoke
orlando, fl
103
Reviewed July 16, 2019
Meh

The room was cute, comfortable beds, and good location. However, I didn’t think it was worth the money. Service was okay, sometimes felt like staff was more interested in talking to each other than the guests. Front desk person seemed new and didn’t review any amenities or explain how or when we’d be contacted when our room was ready. First day housekeeping didn’t replace teas, toiletries, or robe in room. Coffee maker in room is not easy to use. There is noise from the train and people coming down from the rooftop bar. All hotel bars close at 10pm on Sunday and no other place was suggested to us to go instead. When I called down for new toiletries, we waited 20 minutes and had to call again for someone to bring them up. Seemed a bit disorganized overall, which was surprising considering all the stellar reviews of this hotel. I would pick a cheaper option.

We aim to live up to those high expectations you heard about and it sounds like we fell short. I apologize that your stay was not up to our typical standards. I'd love a chance to speak further about your recent stay so I've sent a private message to you. Hope to chat soon!

Report response as inappropriateThank you. We appreciate your input.
This response is the subjective opinion of the management representative and not of TripAdvisor LLC.
faithgracegoh
Austin, Texas
109
Reviewed July 15, 2019
Great but some minor details...

There were two issues that occurred during the stay. First there was an extremely loud neighbor, I was trying to sleep and I could hear every single word through the walls, I called the front desk and they called security to shush them and it worked for a short period, I ended up needing to leave the room to gain some sanity since he just kept on talking a little later. There were no other rooms they could move me to that would have been better, I know this is unexpected and happens but it was just unfortunate that it had to happen while I was trying to sleep as I was trying to regain some strength to tour Chicago for the first time.

Second issue: Because I had had my "Do not disturb" sign on for 3 days, I got a phone call letting me know that the chamber person wanted to come in and clean, fine, no problem, but then not even one minute after that (still trying to nap at this point) I hear a loud banging on my door saying its hotel security, I was a little freaked out as I am a single woman in this hotel in this new city, I proceed to inch toward the door after putting some clothes on and crack it open after some back and forth. The second I open it, I realize that there are two men there, didn't notice a name tag or any identifier that they were indeed security, but once they saw my face, they proceeded to tell me that since I had left my do not disturb light on for 3 days, it was hotel policy to check on me. I was definitely really scared because, again, I am a single woman travelling alone in this new city and two men pound on my door. May have been better if there was a woman and a man for accountability purposes but yes, I'm telling my friends about this and they were shocked two men were sent, esp when there is information via check in that I am a single woman traveling alone. I was really excited to stay at this hotel, it was just these two things that jolted me a little and am going to be more aware whenever I travel from now on.

Review collected in partnership with this hotel
This business uses tools provided by Tripadvisor (or one of its official Review Collection Partners) to encourage and collect guest reviews, including this one.
Ask faithgracegoh about Virgin Hotels Chicago
Thank faithgracegoh

Thank you, faithgracegoh for your feedback. I wanted to reach out in hopes to connect to talk about your recent stay with us. I'd love an attempt to make it far better than how it seems it ended. I have sent a private message and eager to talk soon.

Report response as inappropriateThank you. We appreciate your input.
This response is the subjective opinion of the management representative and not of TripAdvisor LLC.
Gertie1737
Orlando, Florida
56
Reviewed July 14, 2019
Super Cool Hotel

Our first time staying at a Virgin hotel.. and what an amazing experience! Everything was perfect! Rooms are very modern with separate dressing/shower area. Staff goes over and above to assist ! They are probably the most well trained staff I have ever seen.. they really care about their guests and their hotel!

Room tip: We stayed in a standard room and it was more than enough room for two people
Ask Gertie1737 about Virgin Hotels Chicago
1  Thank Gertie1737

We think you are super cool too and we hope to see you back again soon!

Report response as inappropriateThank you. We appreciate your input.
This response is the subjective opinion of the management representative and not of TripAdvisor LLC.
travelingasian1028
Newark, Delaware
1
Reviewed July 12, 2019
Brilliant hotel to stay for the week

The room we rented was as requested, away from the elevator and at a high floor. It was a nice view and the room is very spacious. We loved the set up of the mini bar that had drinks and energy drink. Concierge were really hospitable and welcoming. Top notch. Bed was the most comfortable I've slept in for a hotel.

Review collected in partnership with this hotel
This business uses tools provided by Tripadvisor (or one of its official Review Collection Partners) to encourage and collect guest reviews, including this one.
Ask travelingasian1028 about Virgin Hotels Chicago
Thank travelingasian1028

Thank you for the feedback! We hope you come back again soon. Our comfy beds are here for you anytime!

Report response as inappropriateThank you. We appreciate your input.
This response is the subjective opinion of the management representative and not of TripAdvisor LLC.
View more reviews
PreviousNext
1…858687…