“Awesome weekend at the best Cabin in Blue Ridge!”
c2FEXzhfamFw
other travelers have booked this property 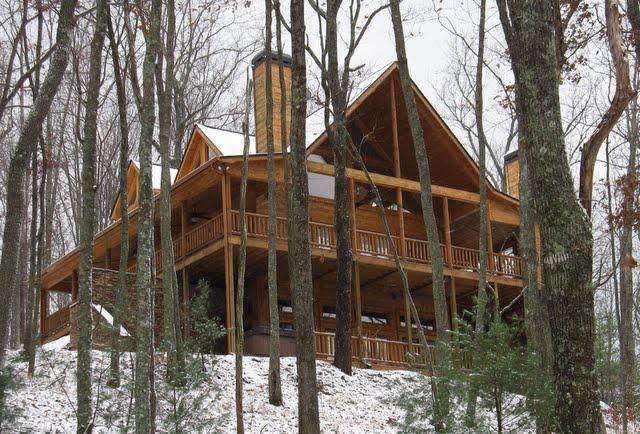 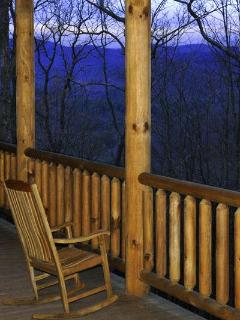 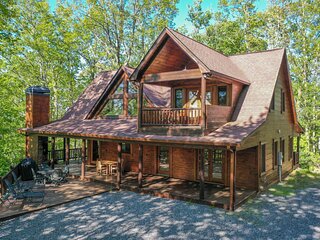 Very good - based on 11 reviews
Write a Review

My friends and I wanted to find a place to spend Valentine weekend with our wives/girlfriends (four couples). Our primary goal was to find a great 4 BR cabin with wood burning fireplaces and all king/queen bedrooms. After reading the great reviews of The Summit, we felt we have found the perfect match! The cabin is nicely furnished and all bedrooms and beds were quite nice. This is a beautiful place and if not for the problems with the owner, we would have given this cabin a five start rating. However while trying to resolve a problem with a shortage of face towels and the fact there were no firewood (which owner said is provided), the owner got rude and started yelling at my wife on the phone. His proposed solution was to have us all leave in the middle of the night rather than apologize for not providing what was promised and he spent a lot of time demeaning us as customers by saying things like “we should consider ourselves privileges to be staying at his personal cabin.” Because of this, our well planned romantic weekend event was twisted into a dramatic nightmare by this disrespectful owner and my recommendation to others is to find another cabin with an owner who knows how to treat and respect their customers. The owner did have a neighbor bring firewood up to get us through the night and had firewood delivered in the next morning. Why the owner just didn’t take care of the problem in the first place is incomprehensible; all the dramatic events could have been avoided and the weekend would have been perfect.

Date of stay: February 2013
Liked best: Cabin location, game room, bedrooms and overall cabin appeal
Liked least: Disrespectful owner, hottub would not heat to temp
Traveling group: Friends
Your age range 50-64
Would you recommend this hotel to a friend?   No.
Was this review helpful? Yes
This review is the subjective opinion of a TripAdvisor member and not of TripAdvisor LLC.
As mentioned to you on one of our many phone calls, I take feedback received to heart and am surprised by your rating and extent of your efforts to post remarks about me across multiple websites. Like always, I was responsive to you and remain committed to continue to be responsive to all of my guests who stay at my cabin. To begin with, I honored your last minute request for early check in when I had no obligation to do so. My cleaning staff that was still there when you arrived told me that from the moment your party arrived you began complaining about almost everything in sight. We traded no less than 19 texts in a 24 hour period due to your non-stop complaints including 8 phone calls on your arrival date alone, 5 of which were my calls to you in response to your complaints (mostly about the number of washcloths provided at the cabin), and also called you proactively in response to your texts to add a personal touch and make sure you were ok with where we were on the wash cloth issue. You maintained that there were only 4 wash cloths provided and you were not sure if you could make it through the weekend as a result. My cleaning crew later told me that they found 8 when they did the clean. I and my family were dismayed by your party’s temperament, tone and attack toward us which then turned to the fact that firewood had not been delivered to the cabin. I had to ask to speak to someone else in your party in attempt to find a source of calm. I attempted to divert this energy to the setting and the others in your party. I tried to remind you that you were in a beautiful cabin with a beautiful setting with your wife, family and friends and that you couldn’t enjoy any of this because of your uncontrolled fixation with the 4 wash cloth thing and later the delayed firewood delivery. When your irate tone continued to escalate that prompted me to offer a FULL REFUND if you would leave the next morning and you initially agreed to that offer. The firewood (that I provide free of charge) was delivered at 9pm the evening of your arrival. I usually have better notice but unfortunately wasn't notified of the need until hours earlier. The person delivering the firewood told me that you started complaining as soon as he arrived. He said that he had to tell you to cease with your remarks and tone and that he wouldn't tolerate your behavior. In closing, if 4 wash cloths can ruin your Valentine's Day weekend with your wife then you have much bigger issues to deal with. Best of luck!

For potential guests' perspective, please visit vrbo 313078 which is this cabin's listing on vrbo. I attained 53 consecutive 5 star reviews prior to this person and vrbo 313132 which is my other cabin. It has 33 consecutive 5 star reviews. Thank you for your consideration!
This response is the subjective opinion of the management representative and not of TripAdvisor LLC.
Problem with this review? Thank you. We appreciate your input.

AL
Reviewed October 15, 2012 for a stay in October 2012
Date of stay: October 2012
Would I recommend this vacation rental to my best friend?
Was this review helpful? Yes
This review is the subjective opinion of an individual traveler and not of TripAdvisor LLC nor of its partners.
Problem with this review? Thank you. We appreciate your input.

GA
Reviewed January 31, 2012 for a stay in January 2012
Date of stay: January 2012
Would I recommend this vacation rental to my best friend?
Recommended for:
Was this review helpful? Yes
This review is the subjective opinion of an individual traveler and not of TripAdvisor LLC nor of its partners.
Problem with this review? Thank you. We appreciate your input.
Previous Next
1 2 3
Updating list...
Still can't find what you're looking for?

Looking for a place to stay in Blue Ridge?
View all 393 vacation rentals