$106
$80
View deal
Free cancellation until 09/22/21
Wyndham$86
Hotels.com$86
travelup.com$106
View all 19 deals
Prices are the average nightly price provided by our partners and may not include all taxes and fees. Taxes and fees that are shown are estimates only. Please see our partners for more details.
FairbanksFun
Fairbanks, Alaska
109

Nicest desk staff you will ever meet! FREE van transport for you and all that luggage to Port of Miami for your cruise! Free breakfast! All for under $80.00 night. Rooms and swimming pool very clean. Not the Ritz, but I will definitely stay there when I am cruising out of Miami! A rare find!

See all 1,682 reviews
Nearby Hotels 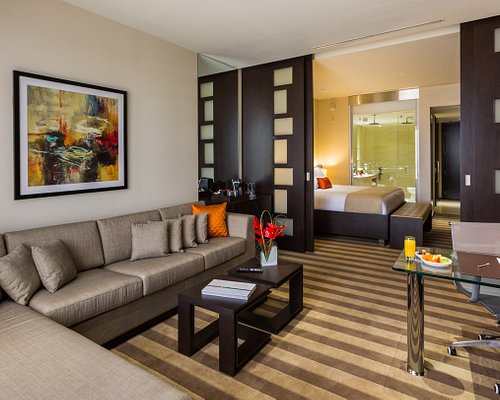 I have super high expectations for cleanliness at hotels. I did tons of research making sure which hotels have had reports of bed bugs and this one was the best deal in a decent location and the best part was: they have a free shuttle from the airport to the hotel and from the hotel to the port of miami. Unfortunately, I called for a shuttle and the phone just rang constantly and no one EVER picked up. Luckily my friend had a different flight and had taken a different shuttle from Ft. Lauderdale and was at the hotel when I called so she had me talk to the lady at the front desk on her cellphone. (Who was amazingly nice by the way). When the shuttle got to the airport the driver was on the complete opposite side from where all the passengers were standing and even though I was waving him down he did not stop and drove past me causing me to have to wait 45 minutes for a return trip. Not cool.

Finally I got to the hotel and check-in didnt take too long even though I was last in line. Be sure to book your port shuttle when you check in! Its really important because the next morning is complete chaos.

The hotel itself was clean enough. Nothing spectacular. Just do yourself a favor and dont look at the mattressess under the sheets or you'll gross yourself out. :) The sheets themselves were clean though luckily. (Being the germaphobe I am, I always bring my own sheets)

I did my bed bug check (using a blow dryer, check the internet for directions, lol) it came out clean and we got settled in. Our remote didnt work but they replaced it immediately. Other then that, the room was pretty good. Black out curtains were perfect.

There's literally nothing around the hotel except the highway and a Bennigans which is awesome because all the ones I know of had closed down so we went there for dinner. They recommend not eating at the places that put fliers under your door. And trust me, you will get some. We got about 8 of them. Just eat at Bennigans and call it a night.

As for the continental breakfast.. It was crowded but the lines moved quickly. Nearly everyone there we later learned, was there for a cruise. They had cereal, fruit, a waffle maker!!, bagels, bread, etc. Pretty standard. It would've been awesome if they had lactose free milk but I guess you cant win em all. :)

We checked in and signed up for the 12 o'clock port shuttle and we were the first on the list for that time. It was so very unorganized and chaotic that they never called our names out and we missed the shuttle leaving us to wait an hour I think for the next one. I was pretty angry seeing as how I had talked to the guy about the shuttle less than 10 minutes prior to finding out we missed it. He was super apologetic though at least.

Overall, just be patient with the shuttles and you'll be fine. If youre looking for some night life, stay in SoBe. This place is great to stay for pre-cruise and despite the shuttle mishaps I'll def stay here the next time I cruise out of Miami. :)

This review is the subjective opinion of a Tripadvisor member and not of TripAdvisor LLC.
sajid2412
Mumbai, India
14
Reviewed June 4, 2011
Bed Bugs..

I was there in 11th september 2010 my company provide only LA QUINTA hotel near airport so that we can go to the cruise ship from there directly, when i took smoking room because of habit of smoking the room was nice but when i realise that something is eaching in my back and my leg i saw there was a party in my bed and i find lots of BED BUGS i thing they was celebrating some birthday with my BLOOD. very creepy,
And belive me my miami base company has 1500 staff working on cruise and they only provide LaQuinta hotel near port,, The hotel managment should know they can lose contract with my company for that Bed Bugs reason...

This review is the subjective opinion of a Tripadvisor member and not of TripAdvisor LLC.
celticgypsy
Edmonds, Washington
8961
Reviewed May 28, 2011
Nice place close to Airport

Stayed there two separate nights and was pleased at the value and liked the location if you're needing to be near the Airport.

This review is the subjective opinion of a Tripadvisor member and not of TripAdvisor LLC.
kmaz100
Adelaide, Australia
1320
Reviewed May 27, 2011
Comfortable and Convenient.

Only stayed for one night on return from Honduras. Really strong hot showers and comfortable beds!!! Although it is beside the airport, the double glazing works really well and we all slept soundly. The breakfast was great but there was not a lot of sitting room as it was very popular, but we only had to wait a few minutes for a table. Delicious waffles.

This review is the subjective opinion of a Tripadvisor member and not of TripAdvisor LLC.
Going4now
California Foothills
2041
Reviewed May 16, 2011
Perfect if you are taking a cruise

They pick you up at the airport and take you to the hotel and the next day they will take you to your ship. Be sure to sign up for the transportation for the cruise drop off as soon as you check in, otherwise you will be fighting the crowds the next day. The breakfast is good, the rooms clean...good price.

This review is the subjective opinion of a Tripadvisor member and not of TripAdvisor LLC.
View more reviews
PreviousNext
1…189190191…