Marco Island
Search for "{0}"
Post
Trips
Tip: All of your saved places can be found here in My Trips.
Inbox
Log in to get trip updates and message other travelers.
ProfileJoin
Search 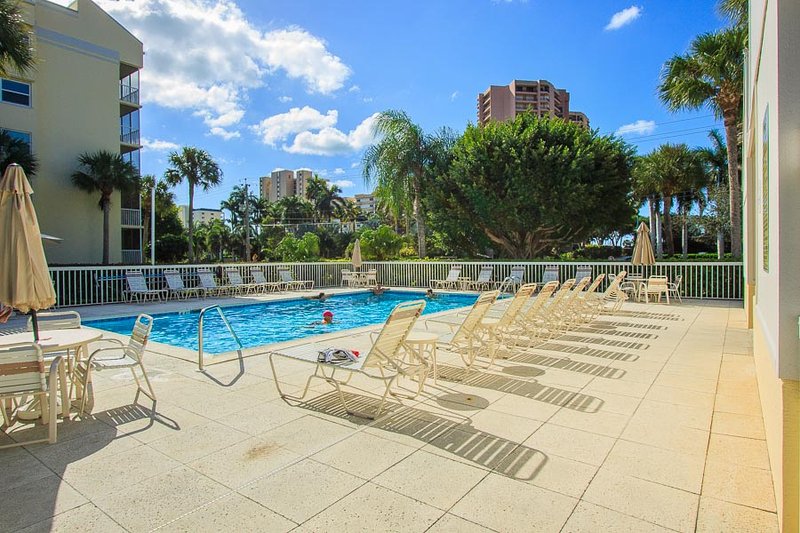 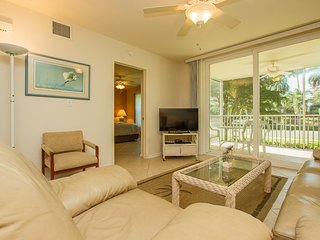 Terrible - based on 1 review
Write a Review

This is not easy to write because we are rental condo owners in North Carolina and know the hazards of ownership. It was obvious the owner had spent money to refurbish this apartment. We wish they had gone the extra mile with cooking implements (large frying pan, better microwave, and nicer counter tops). That's picky! Let's look at the big stuff. When we arrived late afternoon the cleaning staff was frantically trying to clean up the mess left by the previous occupants. They had contaminated the entire unit with tobacco smoke and it was everywhere. My wife, who is allergic to smoke residue complained and the rental agency, Century 21 on N. Collier, responded by sending in a second team and an "air cleaner." Also, we wanted all new bedding. Some improvement was made but for two weeks we had to endure the residue of the smoke that somehow had found itself into everything, including the king mattress. We moved in late in the evening, tired, and ready for bed. We were awakened by a cheaping fire alarm that could not be replaced for two days. The following morning we noticed how filthy the rugs were. Those in the master bath even had fecal material embedded in it and I stepped in it to track it across the floor. They did bring us replacements for all except for the area rug in the living area, that was finally cleaned and reinstalled AFTER we left! At no time were we offered any alternative location, or compensation for our trouble. In fact I was informed the day we left that any compensation for our troubles "was not going to happen." Neither would there be any reimbursement for my wife's medical expenses that were related to the remaining fumes that drove her to a local Urgent Care Center. The owner needs to take a careful look at how his obviously expensive investment translates into a brand people want to visit in the future. This was not an inexpensive vacation location for a unit that is not on the beach. In fact, we have already booked next year ON THE BEACH for less money in a very upscale resort!

Date of stay: February 2016
Liked best: Not much!
Liked least: The service we received for our complaints.
Traveling group: Spouse/Partner
Would you recommend this hotel to a friend?   No.
Was this review helpful? Yes
This review is the subjective opinion of a TripAdvisor member and not of TripAdvisor LLC.
In response to your dissatisfaction: We are all a bit perplexed by this review. Note that I was in the unit and have firsthand knowledge of its condition; also note that the current guests are extremely happy with this unit and its condition. To begin, you were given the keys early, pre-arrival, and told that the cleaners may still be in the unit readying it for your stay. Upon your arrival, you complained about the smell of smoke. We immediately sent our Owner/Manager over to the unit, who brought an air cleaner to assess the nature and extent of your concerns/complaint. We were instructed by you to, "Throw out the rug." We removed the rug from unit. You did not want it back, as indicated by your comment to throw it out. We had the rug cleaned and so as not to disturb you, waited until your departure to place it back inside the unit. You complained and the matter was handled swiftly and professionally. Regarding the chirping smoke detectors; it is a code requirement to have smoke detectors in the hallways and outside bedroom doorways. We never know when the "wired-in" smoke detectors will need to be replaced UNTIL they begin to chirp. I, myself, went to the unit and detached the smoke detector from the ceiling. It was replaced the following day. Your concern was noted and again handled swiftly and professionally. Regarding the fecal matter on the carpet; upon notification, the cleaner was sent back to the unit to retrieve the carpet in question, with no notice of fecal matter mentioned. The carpet(s) were laundered and replaced. Upon each complaint, your concerns were handled respectfully, professionally, and swiftly. It is "season" here on Marco Island. To place you into another unit, is impossible at this time. Furthermore, you never requested to be moved, due to dissatisfaction with the conditions, to include the smell of smoke that sent your wife to the hospital. Additionally, you never requested a credit UNTIL you left. In fact, as indicated in the first sentence, we at Century 21 First Southern Trust, are extremely perplexed by your review of this unit, as we are prideful of the attention and professionalism afforded all our guests. Our Island welcomes you back, regardless of where you choose to stay and/or how much it costs you. Here's to wishing you a wonderful stay next year!
This response is the subjective opinion of the management representative and not of TripAdvisor LLC.
Problem with this review? Thank you. We appreciate your input.

Travelers are raving about these Marco Island hotels

Olde Marco Island Inn and Suites
Still can't find what you're looking for?

Looking for a place to stay in Marco Island?
View all 895 vacation rentals