“Great time at Disney”
bk8wXzEwX29Faw==
other travelers have booked this property 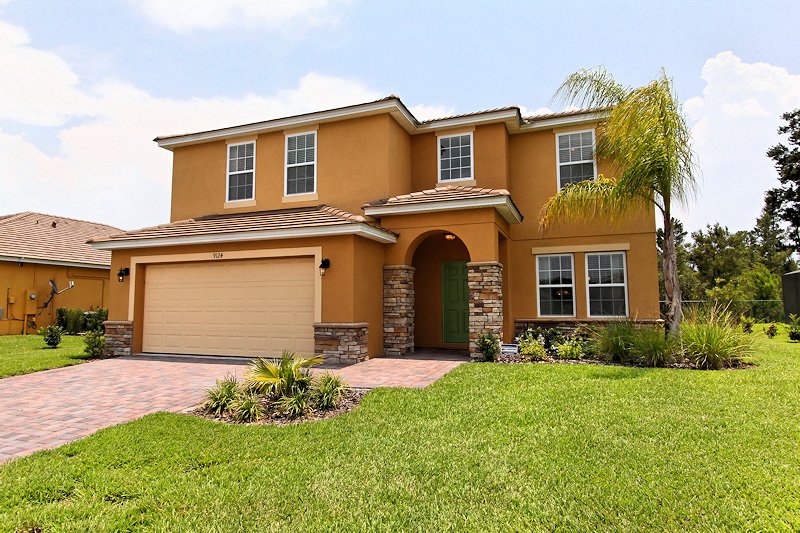 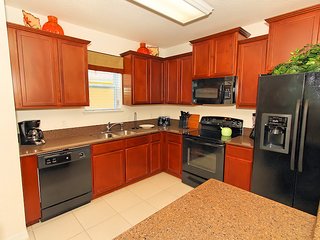 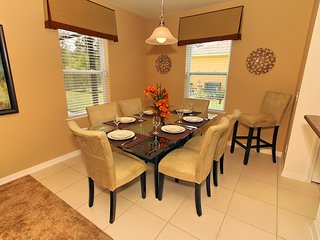 Date of stay: December 2012
Liked best: Location
Liked least: Hard beds
Traveling group: Extended Family
Would you recommend this hotel to a friend?   No.
Recommended for:
Was this review helpful? Yes
This review is the subjective opinion of a TripAdvisor member and not of TripAdvisor LLC.
We can certainly tell that these guests have never stayed in a short term rental home before as some of these comments are completely unfair and smack of being spiteful because pool heat wasn’t refunded despite them asking for it to be refunded after it had been on for 5 days. Not one other person has made complaints about highchair, baby gate, garage door, hard beds, dirty dishes, or being expected to put their own trash out. We accept that things do go wrong in the home and do our utmost to deal with problems in the correct fashion which is why we have just received Top Rental Manager award from Flipkey in Orlando for 2012 and an Excellence award from Trip Advisor.
My replies to each point are below
I am not sure what I can do about the hard beds comment – these mattresses are part of a $40,000 furniture package and are less than 2 years old. Over 30 families have stayed in the home and not one complained in any way about them.
Regarding the pool temperature. This home is fitted with an electric heat pump which comes on for 12 hrs per day with the pool pump – this is pretty standard practice in short term rental homes in Orlando. For this 12 hrs usage we charge $20 per day to cover the increased power cost. The renters had use of this for 5 days before asking for a refund which I feel is not acceptable and why I only refunded for 2 of the days. We have now had a leaflet produced which goes out to all renters who request pool heat in the cooler months which explains in more detail how the pump works and what to expect from it. We currently take care of 30 homes in the area and I must admit a number of guests right across all of our homes have queried pool temperatures this winter. I am not sure if the nights are particularly cooler than normal or we have had a run of people who have higher than realistic expectations of what an electric heat pump will do. We have also had the spa tested by an engineer and its working fine. We have put signs up explain to renters that if the want the spa at optimum temperature then they need to switch it on for 20 – 30 mins before it reaches this temperature in the cooler periods or at night time. Again you cannot have the pool heat switched on for 5 days and ask for a refund after the event.
Of course you need to put trash out if you are renting a short term rental home – this is not a hotel and bins need to be put out as they would in your own home. We can’t have rotting rubbish left in the garage or inside the home in a tropical climate as its unhygienic. We don’t fine guests for not putting garbage out once or twice but we will fine if after a stay there is a ridiculous amount of garbage left in the home due to guests being too lazy to put a bin out. We currently manage 4 homes in Calabria and each one has the same mechanism in that you have to manually lift the garage door to open it so I am not sure what the problem is in having to do this.
The AC system has been on the same setting for nearly 2 years and again this has never been a problem. If guests set at requested temp it would stay at this temp for 4 hrs and then creep back to 78. This worked well in circumstances where guests have it cooler as they go to bed but it would not stay so cool all night and wake guests up in the middle of the night freezing cold. We have taken this comment on board and have now set system to stay at temp guest selects.
This response is the subjective opinion of the management representative and not of TripAdvisor LLC.
Problem with this review? Thank you. We appreciate your input.

Ga
Reviewed January 3, 2013 for a stay in December 2012
Date of stay: December 2012
Would I recommend this vacation rental to my best friend?
Was this review helpful? Yes
This review is the subjective opinion of an individual traveler and not of TripAdvisor LLC nor of its partners.
Problem with this review? Thank you. We appreciate your input.

Haydock
Reviewed December 10, 2012 for a stay in August 2012
Date of stay: August 2012
Would I recommend this vacation rental to my best friend?
Recommended for:
Was this review helpful? Yes
This review is the subjective opinion of an individual traveler and not of TripAdvisor LLC nor of its partners.
Problem with this review? Thank you. We appreciate your input.

We do take some notes on board regarding the cookware. The home was stocked for 12 but it does seem that a few breakages along the way means we do need to replace a few items.

Some of the other comments are extremely unfair though

1. The alarms on all windows and doors which lead to the pool are required by Florida law to stop children wandering into the pool area. The alternative is a pool fence which most renters find intrusive.

2. Off course you have to pay for pool heat - This is the same with all homes in Orlando and it would be impossible to have this switched on and off each day as per a renters instructions. Also pool heat comes on each day when the pool pump kicks in. The manual in the home may state this comes on 8am – 8p.m and the timer is actually set for 7am – 7 p.m. We do this in the cooler months so that the pool is warmer in the day which is when most renters would like to use it. If the renters had contacted us and asked us to change the time of the pump we could have done this quite easily.

3. The air con is set to 78 degrees which is the recommended temperature for this time of year. There is no charge for air con as the renter states, there is simply a sign telling people should they set it below 75 then it can lead to the unit freezing up and breaking down which they would be charged for. This is pretty standard practice in all short term rental homes. Also if you alter the air con then it will stay at the altered temperature for 4 - 6 hours before gradually moving back to 78 degrees. If renters leave doors and windows open though then the unit will automatically revert to 78 degrees as this is a complete waste of power. Leaving doors and windows open with the AC on means you are effectively paying to cool the air outside the home. I MUST STATE WE HAVE HAD THE HOME FOR 18 MONTHS AND NOT ONE PREVIOUS GUEST HAS HAD A PROBLEM WITH THE AC

4. We offer BBQ hire for $55 per week. This includes delivery, cleaning and gas which I don’t think is excessive

Paul Melvin - Owner of Orlando Holiday Rental Homes
This response is the subjective opinion of the management representative and not of TripAdvisor LLC nor of its partners.
Problem with this review? Thank you. We appreciate your input.

A Tripadvisor Member
“What a wonderful holiday”
Reviewed October 12, 2012 for a stay in September 2012

Would like to thank Jill and Paul for all their help and providing us with all the information needed for our visit. Pleasure to deal with them both. Would definitely recommend them if you are considering renting a villa in Orlando.

I am a very fussy person and the home was beautiful, exactly as the photographs and so comfortable. The pool area was lovely and being south facing had the sun all day long. Everything was provided in the home that you could wish for. (my husband even had premier league football - what more can a man ask for)

We did not use the cooker as part of our holiday is eating out and there are excellent restaurants on the 192 which are literally minutes away. Can recommend Houlihan's (we had breakfast there every morning, and also our evening meals on a few occassions),also Longhorne Steakhouse, Outback's, Bahama Breeze, TGI Fridays and applebee's to name a few.

The location of the villa is perfect, just off the 192 and within minutes you are entering Disneyworld especially if you use the new Toll Road (429) and such an easy drive. We even used this road in the opposite direction when we went to Universal as it was so quiet to get to the I4.

This was our 19th visit to Orlando and probably the best, the location could not be better, the villa was lovely, Shopping, Restaurants, Disney all on the doorstep we could not have asked for anything more.

Thank you once again.

Date of stay: September 2012
Would I recommend this vacation rental to my best friend?
Recommended for:
Was this review helpful? Yes
This review is the subjective opinion of a TripAdvisor member and not of TripAdvisor LLC.
Problem with this review? Thank you. We appreciate your input.

Wakefield
Reviewed July 2, 2012 for a stay in May 2012
Date of stay: May 2012
Would I recommend this vacation rental to my best friend?
Recommended for:
Was this review helpful? Yes
This review is the subjective opinion of an individual traveler and not of TripAdvisor LLC nor of its partners.
Problem with this review? Thank you. We appreciate your input.

Easton PA
Reviewed May 18, 2012 for a stay in May 2012
Date of stay: May 2012
Would I recommend this vacation rental to my best friend?
Was this review helpful? Yes
This review is the subjective opinion of an individual traveler and not of TripAdvisor LLC nor of its partners.
Problem with this review? Thank you. We appreciate your input.
Previous Next
1 2 3
Updating list...
Still can't find what you're looking for?

Looking for a place to stay in Kissimmee?
View all 3,985 vacation rentals