We stayed at Grassy Key RV for 8 nights in our Winnebago Travel Trailer. Kathleen and Ron the camp host made our stay very enjoyable. We first got a call about 2 weeks before our trip to see if we had any questions. We also got a call on our drive down. They were checking on our drive and to let us know our spot was open early. Once we got there they had very helpful info on the camp and a map of the RV Park. Ron guided us to our spot and made sure we were familiar with all the hook ups. Kathleen and Ron were very aprochable throughout our stay and fun to chat with. The camp was VERY quiet. Never heard a dog bark or a kid yell. The camp was spotless and landscape was as tropical as to be expected. This will be a camp we will visit again and again.More

Thank you for the great review! We are very fortunate to have a super staff! We hope you visit again soon!

Report response as inappropriateThank you. We appreciate your input.
This response is the subjective opinion of the management representative and not of TripAdvisor LLC.
See all 84 reviews
Nearby Hotels 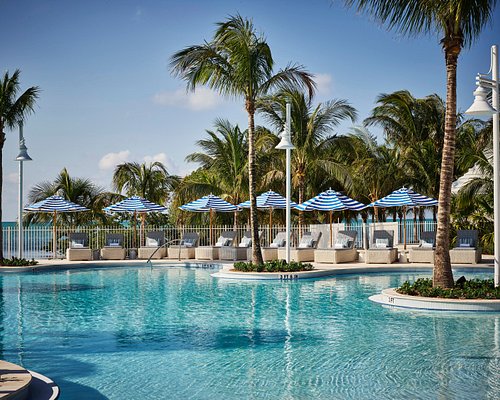 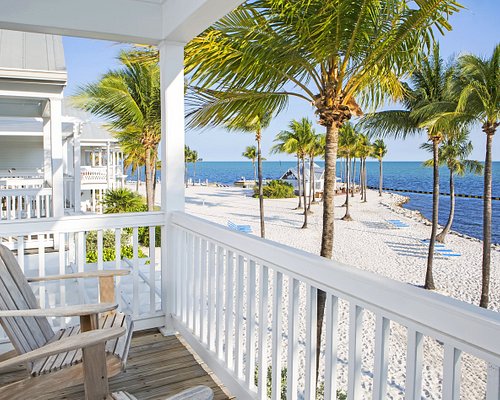 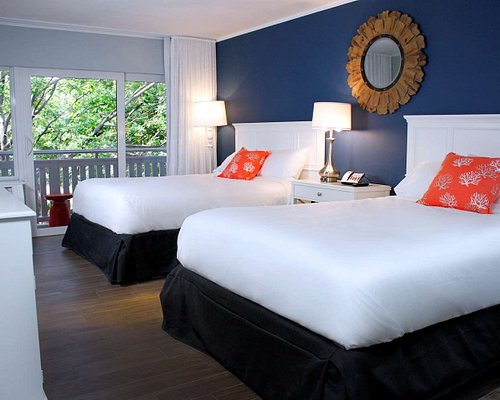 This RV resort is small, but extremely clean and well-kept. The landscape is gorgeous! The waterfront is very serene and a great place to sit. They have great outdoor furniture and A tiki hut to enjoy, they have horseshoes, bocce ball and cornhole. The pool is beautiful and all of the staff was very nice and accommodating. We would definitely go back!

We appreciate your wonderful review! It is so nice to hear when we have accomplished our goals! Please come back soon!

Report response as inappropriateThank you. We appreciate your input.
This response is the subjective opinion of the management representative and not of TripAdvisor LLC.
cindio989
Potomac, Maryland
6720
Reviewed February 2, 2019
Most picturesque place we have stayed

Absolutely loved this RV park. We had a site right on the water. The park is extremely well maintained. They even rake the sand every other day or so. The staff is very friendly. Make sure you make your reservations well ahead of time. We lucked out and got a reservation a couple of weeks ahead of time only because they had a last minute cancellation. However, the place was fully booked and we were not able to stay longer than our initial reservaton allowed.

Thank you for the wonderful review! We are happy that you enjoyed yourself and hope to see you again soon!

Report response as inappropriateThank you. We appreciate your input.
This response is the subjective opinion of the management representative and not of TripAdvisor LLC.
Toni B
Raleigh, North Carolina
176
Reviewed January 31, 2019 via mobile
Our little piece of Paradise..

We are here for our 3rd stay at Grassey Key RV Resort, and we r so grateful for the rules, regulations, maintenance and care of this resort. Having stayed in those that do not have such rules or do not enforce them as we traveled to Grassey Key, we certainly appreciate the difference. We r willing to stay in others along the way to save for our wonderful stay at Grassey Key..so worth it! TKS to Wendy and Jack for this little bit of Paradise!
T and T , NC

T and T: Thanks for your wonderful words! Guests such as you -- kind, encouraging, and understanding -- keep our resort fun and make it a place where people want to return again and again! We appreciate you and have your site saved for next year!

Report response as inappropriateThank you. We appreciate your input.
This response is the subjective opinion of the management representative and not of TripAdvisor LLC.
Vackaye
34
Reviewed January 11, 2019 via mobile
Worse exoerience ever

Stayed for 5 weeks...no choic had to pay in full upfront and no refinds.
Certainly did not want a credit for future use! Cons: on-site management is extremely rude. While picking up mail heard him refer to a camper as a
Mother F'er when talking to other staff, was personally berated in front of others when I walked through the front to pick up mail instead of walking around to the back door (did not see sign saying to walk up the ramp, through the back door). Could have been tool nicely if not privately instead of being scalded like a child. Purchased quarters from Jack for laundry when machines woukd not take the Canadian quarter I was given I asked him to swap it fot a US quarter and he took the coin, tossed it in his desk drawer and said I can't do s**t with this" and then tossed a US quarter at me. While I was checking in I personally witnessed him being extremly rude to a young Japanese man who stopped to ask if a site was available, one wa but for obvious reasons the man declined and left. Many other instances of this type of treatment. Other people had their own similar examples of Jack's rude and unacceptable behavior. Everyone we talked to while there said they would not return. Also there is not access to a beach. Nearby beaches are very small and not a typical beach for walking. The bugs (particularly noseeums) are horrendous and nothing repels them. Impossible to sit outside in early morning or early evening. Only place to walk is on
US 1 which is dangerous and full of litter or the walk/bike path which is mostly hidden between mangroves and brackish water which smells awful.
Pro's for the site: extremely clean and well landscaped, pretty ocean view, close to a few restaurants (SS Shipwreck has wonderful food and great staff). Small pool for cooling off not large enough for swimming, definitely a senior or childless adult site, all gravel makes walking pets difficult but there is a very small grassy spot you can carry pet to for "potty" time. Staff who work out on the grounds are very nice and helpful. Wendy (who works remotely) was friendly and helpful when making reservations. I understand her relationship with Jack and her need to defend negative reviews by trying to place blame on the campers however there is no excuse for rudeness and she in not the onr onsite dealing with it...the campers are. I always suggest reviews to be posted on websites that are not managed by the resort so reviews do not disappear.

Vackaye, It looks that this is your first tripadvisor review and you are newly signed up. Since we have no indication which guest you are, and cannot contact you, we would sincerely appreciate if you would give Wendy a call at 305-289-1606. We are confused by the shocking account of your experience in the Keys! We would like to try to make things right with you and better understand what went wrong on your visit! Thank you in advance!

Report response as inappropriateThank you. We appreciate your input.
This response is the subjective opinion of the management representative and not of TripAdvisor LLC.
Hector G
Miami Beach, Florida
83
Reviewed December 26, 2018 via mobile
Bad experience

Our first visit to The RV Park went very well.

Today after speaking with Wendy and trying to book our second visit, she was less than hospitable. We are a family of five and wanted to also rent a boat slip and she was rude and not willing to allow us any additional guests. There are better ways to treat customers even when the park rules do not allow for what a customer is requesting. When I requested an additional RV site to satisfy the requirement of only 5 people per site, she cancelled my reservation immediately and simply said that I couldn’t pay for a site if I wasn’t going to have an RV in it. Simply said, she didn’t want to rent to me. All I wanted was 6 people at the site, one boat rental and I was willing to pay double to accommodate the additional guest.

Grace, We had already happily booked your family of 5 for a second stay at our park and would gladly have added a boat dock for you. Since you had already stayed with us before, and our notes showed that we had clearly gone through our policies regarding the number of guests at any one site, we were very confused with your insistence that we had to allow additional people. A truck on a site is not and RV and would not be acceptable; the extra person(s) would have to stay at your site and would not be acceptable. To avoid conflict and possible disruption at our park, your reservation was cancelled. We are sorry if your are unhappy with our stated policies.

Future guests please note that we are very careful with the number of guests allowed at any one site. All potential guests should be clearly stated when you are booking a reservation. We are always happy to fully explain our policies during the reservation process.

Report response as inappropriateThank you. We appreciate your input.
This response is the subjective opinion of the management representative and not of TripAdvisor LLC.
View more reviews
PreviousNext
1234…14