My golf group of approximately 50 women has been coming to the Mission Inn for years. We love it ! The golf courses are challenging and exquisitely maintained. Our rooms have always been comfortable and clean and the icing on the cake is the restaurant with a lovely buffet and dessert bar ! Employees are pleasant and helpful and the grounds are beautiful.

Room tip: Not sure....we've had rooms with various views.
See all 570 reviews
Nearby Hotels 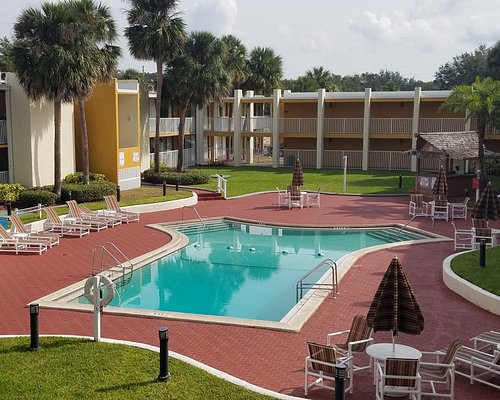 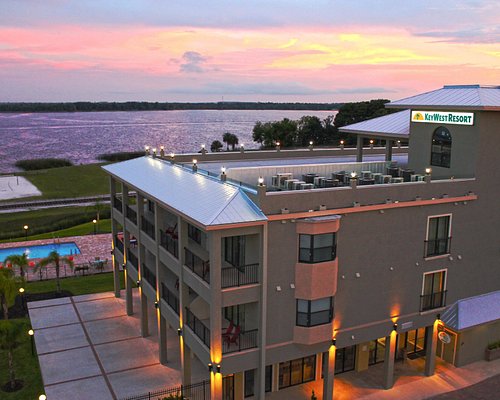 My daughter just had her wedding for 190 people and the Mission Inn and was a great place to have everyone come together. It was perfect for accomodating out of town guest. The two golf courses were great to play on. Pool area perfect for our group and private. The setting of this established Resort is what we think of Old Florida! There was so much to do with walking, biking, tennis and even boating at the Marina.
Wedding was outside on the lawn over looking water, little bridge and golf course.
The main dining room was transformed into a beautiful setting for a great reception inside and out on the patio. The staff was over the top and very accomodating and took the work load off of us so we could enjoy our guest. I can't say enough good things about the whole experience! If I had to do it all over again I would not change a thing.

Room tip: Did not see all the rooms but looks as if they took advantage of the views of the golf course at every angle
Ask tgas1216 about Mission Inn Resort & Club
Thank tgas1216

This review is the subjective opinion of a TripAdvisor member and not of TripAdvisor LLC.
TTBUDS
Coral Springs, Florida
11
Reviewed December 3, 2017 via mobile
Thanksgiving Get Away

The staff was very friendly and accommodating. We had to
change our room to one with a king bed. It was no problem and
they provided someone to assist us via a golf cart because it was in a different location. The rooms were clean though there
was a musty smell when we turned on the a/c. It when away.
They did a great job for the Thanksgiving dinner. It was a buffet
which was very good. Not like having the holiday at home but
more than adequate. The weather was terrible but I would recommend it especially if your a golfer.

This review is the subjective opinion of a TripAdvisor member and not of TripAdvisor LLC.
dandshoward
Saugus, Massachusetts
236
Reviewed November 19, 2017 via mobile
Weddding

My wife and I came down to Florida for her cousins wedding and were very impressed with the grounds at first site ,the staff was very courteous and polite . the atmosphere was very relaxing and quiet. The breakfast was outstanding and the food was top notch. My wife said the spa was very luxurious. The staff were all very pleasant and attentative. The wedding was phenomenal in the courtyard with the fountain at sunset ,outstanding.

This review is the subjective opinion of a TripAdvisor member and not of TripAdvisor LLC.
CherylH253
2
Reviewed November 17, 2017 via mobile
Can't fault the spa therapists.

Having booked in the previous day with 2 very helpful members of staff (one for golf and the other for the spa) things changed for us girls after we arrived. Just to note that the boys had a great time playing golf and said the championship course was amazing all though very difficult for 3 occasional golfers.

With the boys dropping us at the spa and continuing on to their course to tee off, we were left in the hands of 3 extremely capable and professional spa therapists for the treatments we had booked.

After 8 days of feeling like I'd been beaten up on roller coasters and thrill rides and of course the exposure to my pasty British skin I was very much in need of a half hour facial followed by a refresh mini massage, both of which were the best I've ever had. I have had many beauty treatments over the years both back at home and abroad, including being used as a guinea pig for new treatments when working in a spa and a few introduction courses to massage myself. But these two very simple, short treatments were faultless - top of the range equipment, the most comfortable beds, gorgeous products and faultless technique from the therapists, all with a sense of the informal - no pretentious uniforms and hairstyles or that annoying ditzy spa voice that some British therapists seem to think they have to put on to sound more 'at one' with the human they're working on. This may just be due to a different spa culture in the U.S. but I wouldn't hesitate to recommend the treatments at the Marbella Spa.

As for the rest of the day it's difficult to know what to say. We had been told on the phone when booking that pool passes would be organised for us so we could fill time waiting for the boys using the facilities after our treatments. The receptionist at the spa however seemed to have a split personality where one minute she was all sweetness and light and checking we'd enjoyed ourselves to the next where she was extremely rude. Having been sat in the relaxation room for a little while and having used the steam room we decided to find out what was happening regarding use of the pool etc. We were told by said receptionist at our second attempt to find out what to do, that she didn't know where the pool was but she did have the passes and she could order us a shuttle to take us there. She also said she had no idea if we could get some lunch anywhere because 'they may be too busy', she then proceeded to turn her back on us mid conversation and started using her computer for something.

After successfully being transported over to the main lobby I showed our pool passes to the receptionists and received blank stares as if I'd just walked off an alien spaceship. Although didn't know if they accept pool passes they let us in to use the pool and told us we could get some lunch from the pool bar and to keep hold of the passes in case anyone asked who we were.

Overall if you are looking for treatments and golf this is the place to be but don't expect much more, especially communication between the different parts of the club!!

This review is the subjective opinion of a TripAdvisor member and not of TripAdvisor LLC.
Teakwo23
Dunedin, Florida
1074272
Reviewed November 12, 2017 via mobile
Excellent golf

Go here yearly for a golf outing. Prices are reasonable and the courses are tough. Always in great shape. Staff is friendly and rooms are being updated as I write this. Wonderful breakfast buffet. A romantic getaway for couples.

This review is the subjective opinion of a TripAdvisor member and not of TripAdvisor LLC.
View more reviews
PreviousNext
1…171819…95