$410
$347
View deal
Free cancellation until 08/04/21
Expedia.com$383
Hampton.com$383
Traveluro$410
View all 19 deals
Prices are the average nightly price provided by our partners and may not include all taxes and fees. Taxes and fees that are shown are estimates only. Please see our partners for more details.
christiansA5531LE
York, Pennsylvania
1314

NOT THE STAFF'S FAULT!!!

Okay so I have to say the Staff at this hotel were very very friendly, the rooms were very clean, anything we asked was quickly responded to, they even went out to purchase outlet covers because my Wife and I were worried about our one year old poking her fingers in them. Kudos to the two young women that did that for us and shame on me for not getting your names. Everything looked great until it came to bedtime. Your beds were more than firm they were rock hard. This is a Corporate issue, so if you guys read these reviews I have a tip for you... GET NEW BEDS!!! ALSO REWARD THE GIRLS FOR TAKING IT UPON THEMSELVES TO BUY OUTLET COVERS!!! We stayed there the June 23rd through June 25th. Rooms 115 & 117. You can call if needed.More 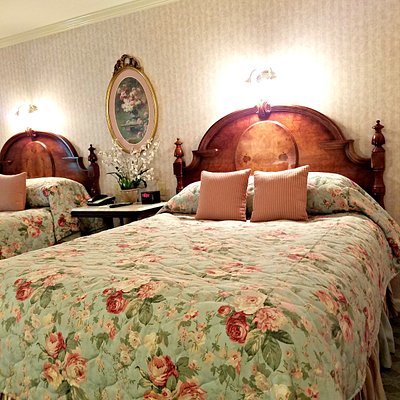 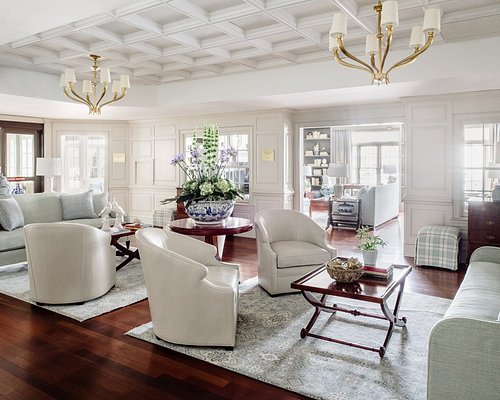 Please read my previous remarks. Don't look farther than this hotel! Best employees who will do anything to enhance your visit. Breakfast is wonderful, rooms are very clean and very comfortable and pool is very inviting at the end of a long day.

Review collected in partnership with Hampton
This business uses tools provided by Tripadvisor (or one of its official Review Collection Partners) to encourage and collect guest reviews, including this one.
Ask 179peggyc about Hampton Inn Rehoboth Beach
Thank 179peggyc

This review is the subjective opinion of a TripAdvisor member and not of TripAdvisor LLC.
leomari228
12
Reviewed June 28, 2017
Guest service? Not to be found here.

This was by far the worst experience that I have ever had at ANY business in my entire life. I have never ever felt so embarrassed and mistreated. Helen who claimed to be the manager (whose last name is not disclosed to me due to her safety, per management, that's silly considering they have all of my information) is the person at the front desk who was absolutely inept at handling customer interaction beyond "Hello" and clicking the mouse button a few times. She was not willing to help, not willing to go the "regular" mile, not willing to check the card numbers (which is where the mistake was), not willing to accept that she made a mistake...everything was my fault or on my end. She even went as far as to say "your card was approved because I ran a lesser amount" which is absolutely ridiculous. Money was not and never is an issue, there was a clerical error initially. The best part was when she told me (in front of other guests) that if I left without paying she would have me in collections...WOW!!! Where did that come from??? This is hospitality? Is this how a guest is treated?
If I ever heard one of my employees speak that way to a guest...unprovoked, they would be terminated on the spot. I don't have a habit of complaining about anything, I usually just move on and don't get hung up but, this was completely unacceptable.
I spoke with the General Manager Ms. Thompson when I was checking out (and paying my bill in full without a problem using the same card) who listened and said "I'm sure she didn't mean that" "I'm sure she didn't say that". What a joke.

As far as the room, the A/C unit sounded like a turbine, the bath had handicap accessible handles, seat, and shower heads. I didn't ask for that but, Helen said that's how it was reserved and she couldn't change anything...as if this is the first time I have checked into a hotel.

Review collected in partnership with Hampton
This business uses tools provided by Tripadvisor (or one of its official Review Collection Partners) to encourage and collect guest reviews, including this one.
Ask leomari228 about Hampton Inn Rehoboth Beach
2  Thank leomari228

This review is the subjective opinion of a TripAdvisor member and not of TripAdvisor LLC.
Sinclair G
New Castle, United States
21
Reviewed June 24, 2017
Excellent Except One Things

I love Hampton Inn but the Hilton Honors program totally disappointed me. I'd called to make sure my account had already been charged because last year when I'd made the same vacation plans and during my check out I was charged for the room. And it looks this year is the same!

Review collected in partnership with Hampton
This business uses tools provided by Tripadvisor (or one of its official Review Collection Partners) to encourage and collect guest reviews, including this one.
Ask Sinclair G about Hampton Inn Rehoboth Beach
Thank Sinclair G

This review is the subjective opinion of a TripAdvisor member and not of TripAdvisor LLC.
brabo258
Washington DC, District of Columbia
6866
Reviewed June 21, 2017 via mobile
Not bad for the money

The hotel is not on the beach but you are a short 15-20 minutes drive from it. Personally the family and I did not like the side of town because of the number of drunks and people of questionable character walking and hanging by everywhere.

This review is the subjective opinion of a TripAdvisor member and not of TripAdvisor LLC.
T4328UCchristopherb
Oxford, United States
3
Reviewed June 21, 2017
Wedding on the beach.

I stayed at this Hampton Inn while attending a friend's wedding at Rehoboth Beach. The hotel is nicely located on the Coastal Highway just about 3 or 4 miles from the beach. All-in-all it was a nice stay and my family enjoyed it.

Review collected in partnership with Hampton
This business uses tools provided by Tripadvisor (or one of its official Review Collection Partners) to encourage and collect guest reviews, including this one.
Ask T4328UCchristopherb about Hampton Inn Rehoboth Beach
Thank T4328UCchristopherb

This review is the subjective opinion of a TripAdvisor member and not of TripAdvisor LLC.
View more reviews
PreviousNext
1…394041…