Yountville is a wonderful, amazing foodie town that can be exceedingly expensive. However, if you stay at Petit Logis you can have your "cake and eat it too." Quite simply, it is smack in the middle of everything in the town. Park your car and never return until it is time to leave. It is literally between Bouchon and Hurley's with five rooms that have little patios that face a garden like area instead of the street. We stayed with another couple and sat outside our rooms one day enjoying wine, cheese and chocolate with complete privacy although we were about 15 steps away from the wandering crowds.

It is great to be able to walk to the wine tasting venues and restaurants without worrying about driving. The rooms are large compared to many B&B's and have everything that is necessary including a fireplace and jet tub. The price is absolutely a steal compared to the hotel/spa's only a few yards away. Unless you want to get pampered at a spa for $600 - stay here for a third or less of the price.

We loved it and our stay in Yountville. Side note: Mr. Keller you are doing things right (no doubt you know it) as we enjoyed your bakery and Ad Hoc. To have the eating options in a town of this size cannot be duplicated anyone else.More 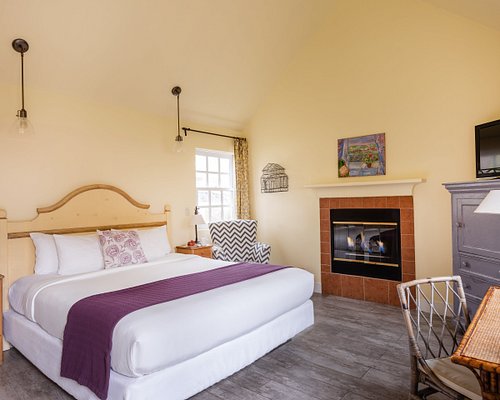 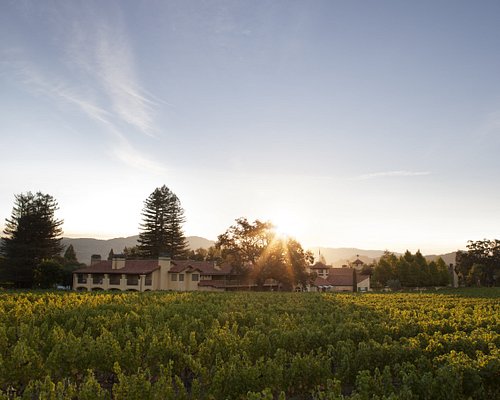 We stayed at this B&B for 5 nights while touring wine country. Very good value for such a rich neighborhood. No real problems with the room or service except it is a small 5-room B&B and the manager/owner is seldom on the property, but can be easily contacted. Most common amenities were there and even had an off-on wall switch for the gas fireplace that we enjoyed. Air-conditioning & heating worked well and the room in general was quiet.
Although not truly a B&B, it has a bakery literally next door with superb treats, coffee, juice and even ham & cheese croissant or baguette sandwiches; there is also a very good full service restaurant for breakfast across the street. Lots of fine restaurants are within walking distance including Michael Chiarello's Botega restaurant . The renown "French Laundry" is less than a quarter mile away.
We will likely be back next year.

This review is the subjective opinion of a TripAdvisor member and not of TripAdvisor LLC.
undercoverhippie
Newport Beach, CA
11
Reviewed November 12, 2009
Simple Elegance

Excellent value for your offseason dollar!

There is not a better location to be...The best shops and restaurants are within walking distance.

I stayed in room #5. It was perfect for my needs. Excellent square footage, well appointed bathroom and warm fireplace to take off the morning chill...Would love to come back with my wife.

The only reason I gave four stars instead of five for "Service" was that I didn't really have any interaction with the staff. Maria the housekeeper was very nice and patiently waited for me to finish showering and packing after my morning bike ride.

This review is the subjective opinion of a TripAdvisor member and not of TripAdvisor LLC.
jaybirdjaybird
Pittsburgh
2
Reviewed October 9, 2009
Petit Logis lulls you into the comfort and luxe of in the Napa Valley vibe.

I have stayed at Petit Logis several times. The quiet sophistication of the inn allows its guests to "live" in Yountville for a few days and sink into the sophisticated simplicity of Napa Valley. Each room (I have stayed in several) is decorated with a light touch--a combination of whimsy and elegance. It is easy to get an authentic feel for the this charming town because there is no fussiness to get in the way--I walk out the door, and walk to a handful of restaurants or galleries or shops. The owners are helpful when you need them--and they appreciate and respect privacy. (The owner, having been born and raised in Napa Valley, is quite knowledgeable about wine and wineries.) I am an early riser--it is wonderful to get up early, walk for 2 minutes to Bouchon and return with my coffee to the flower enclosed patio of my room. Petit Logis is a jewel of an inn--charming, quiet, and exquisitely private.
Jamie T., Pittsburgh, PA

This review is the subjective opinion of a TripAdvisor member and not of TripAdvisor LLC.
Sarah1201
Wollongong, Australia
23
Reviewed March 2, 2009
Lovely Stay

We really enjoyed our stay at Petit Logis! A great place to enjoy the food and wine from in the valley, the gas fireplace was great and the rooms were really quite large. it is literally next door to the Bouchon Bakery and Bouchon restaurant, both of which we loved, such good food. Other people have mentioned the owners not being around, but we had no issue with that. Yountville feels like the real wine country, with places to taste from in town and and easy drive up the valley to some of the larger wineries. The spa tub was great and beds were fine. Would definitely stay there again next time, once we have saved up a small fortune to go and eat at the French Laundry!

This review is the subjective opinion of a TripAdvisor member and not of TripAdvisor LLC.
bluhouse1
Oroville,CA
1011
Reviewed December 23, 2008
The Petit Logis was perfect for us

I wanted to surprise my family by taking them to a Christmas show in Yountville. I had never been to Yountville and didn't really know what was available in the way of lodging.

I read the B&B reviews on Trip Advisor and found that most of the people who wrote about the Petit Logis really liked it. The price seemed reasonable for the area, so I went ahead and booked two rooms.

We checked in late, (after 5:00 pm), and found a welcoming note and room keys taped to the office door. This worked well for us because we don't like, or need, alot of "fuss". There was plenty of information in the rooms with phone numbers to call if we had any questions. There was also a wonderfully written greeting in the room that made us feel right at home.

The rooms are very large and clean, and had everything we wanted and/or needed. The large jacuzzi tub was a real treat (and plenty big enough for two !) and we really enjoyed the gas fireplaces. My mother was SO happy...she couldn't believe how lovely the rooms were. The beds were just a bit too hard for my taste...but not so bad that they interferred with my enjoyment of the room at all. There were nice little patios off each room but it was too cold outside to use them.

We did not pay for the breakfast part of the B&B, but instead went to the Lakeside Grill at the Vintner's Golf Club in Yountville for an early lunch (it was fantastic and the staff was wonderful). In the evening, we had dinner at an authentic French restaurant called Bistro Jeanty which is also in Yountville. The food was fantastic (I recommend the coq au vin) and the service was impeccable.

We saw the construction site that other readers have mentioned, but we were lucky because there was no work being done during our visit. We had no problem sleeping because the area was so nice and quiet.

Our short visit to Yountville was wonderful. The John Berry concert (at the Lincoln Theater) was fantastic. He sings 'Holy Night' so beautifully...if you get a chance...check him out on utube.
The best part of our stay however, was the beautiful and comfortable rooms at Petit Logis. We certainly hope we can go back for a longer stay in the near future.

Just wanted to let everyone know that we have new comfy mattresses. Hope you enjoy!

Report response as inappropriateThank you. We appreciate your input.
This response is the subjective opinion of the management representative and not of TripAdvisor LLC.
View more reviews
PreviousNext
1…141516…21