Carousel Beach Inn
Carousel Beach Inn
2 people are viewing this hotel
Lock in the lowest price from these sites
$129
Free cancellation until 12/17/21
Reserve now, pay at stay
View deal
Priceline$129
eDreams$129
Agoda.com$129
StayForLong
Lol.travel
Prices are the average nightly price provided by our partners and may not include all taxes and fees. Taxes and fees that are shown are estimates only. Please see our partners for more details.
dianamT4166EP
Modesto, California
22

This is where we stay every time we go to Santa Cruz. With or with out the kids. They have re done the whole hotel it is so clean and crisp. I love there is no carpet now! In the morning i get a cup of coffee and go wall the beach or boardwalk right across the street. 302 is my favorite room!More

I’m so glad you enjoyed your recent stay. Room 302 is a favorite with our guests. I’m happy you and your family stay with us when you visit Santa Cruz. We look forward to your next visit.

Report response as inappropriateThank you. We appreciate your input.
This response is the subjective opinion of the management representative and not of TripAdvisor LLC.
See all 745 reviews
Nearby Hotels 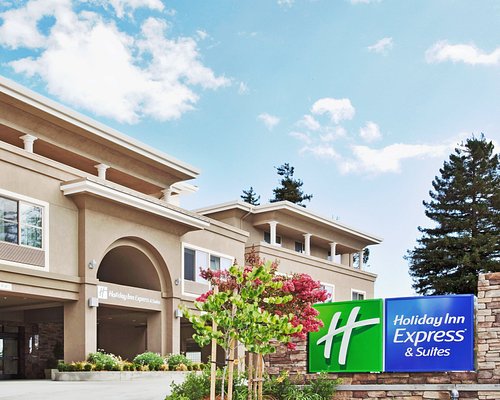 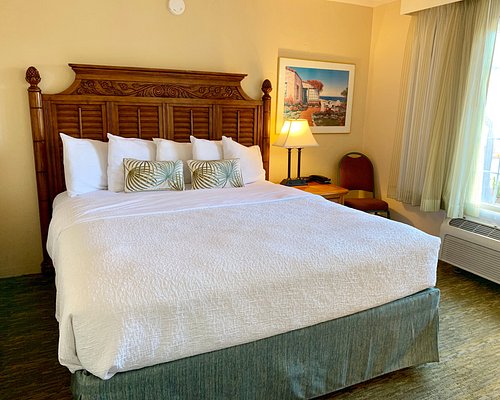 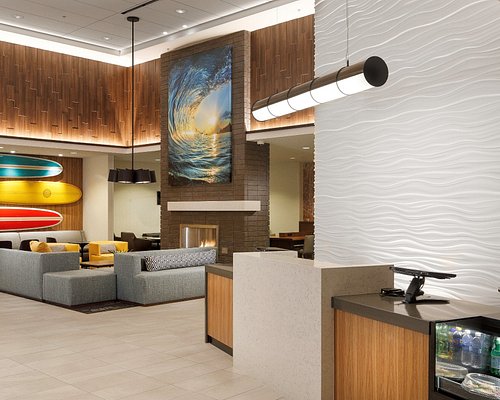 The location is great. You are just across the road from the amusement park on the boardwalk. Having free parking in this area of Santa Cruz, which is included, would be a real bonus most of the time.

The boardwalk was closed while we were there with lots of damage from the storms. I don't know how noisy it would be when the park was in full swing in summer.

We had booked the room over the phone the night before only on arrival to be informed by the receptionist that the river was quite high and other hotels near-by had been told to be ready to evacuate if the retaining walls to the river broke. Oh and the Wifi isn't working.

Our room was clean if a little bit small. We has a view out to the boardwalk. The bed was very lumpy and uncomfortable. The air-conditioning was very noisy and didn't heat the room. We waited about an hour for reception to bring us up an equally noisy heater.

It was very quite outside with everything shut up down there near the boardwalk. Very few car in the hotel car park.

Without the storm factor, and even if the amusement park and boardwalk was buzzing, I think I still would have been disappointed with the uncomfortable nights sleep. You're paying for the location, not the accommodation.

This review is the subjective opinion of a Tripadvisor member and not of TripAdvisor LLC.
Cinthya F
Modesto, California
1
Reviewed February 17, 2017 via mobile
Great location

This review is the subjective opinion of a Tripadvisor member and not of TripAdvisor LLC.
Rose306
Frederick, MD
155
Reviewed February 15, 2017
winter break

My grown daughter and I spent 3 nights at the Carousel Beach Inn. It is a decent, clean, middle of the road motel. It is a good location, we like to walk and we could walk to the wharf, West Cliff Drive path and downtown.

There were a few issues, but other than the squeaky bed, they weren't really the motel's fault. The wi-fi was down, we were told it was restored after our first night, but we were never able to connect. Also, the tv in our room did not work, the signal kept breaking up, we thought it was related to the wi-fi issue. We were credited 10% of our bill when I mentioned it at check out. One night we had a screaming baby next door that woke us up and the following night there was a party, but after I called the front desk they shut them down quickly.

I'll be traveling to Santa Cruz quite a bit in the future, but will not go back to Carousel Beach Inn.

Thank you for letting us know about your stay. I’m sorry that you had these issues but I’m glad we were able to resolve them for you at the time. Some of the circumstances were beyond our control, but I’d appreciate the opportunity to speak with you about your stay. We did credit you during your stay, but I’m happy to offer you a special discounted rate the next time you are in town. Thanks again for your feedback, we appreciate it.

Report response as inappropriateThank you. We appreciate your input.
This response is the subjective opinion of the management representative and not of TripAdvisor LLC.
colleenc617
Naples, Florida
33
Reviewed February 8, 2017 via mobile
GREAT LOCATION!!

We are a family with 2 teenage boys (15 & 17). Loved this place. Beautiful decor. Very nice employees. Parking included which was a huge bonus. Right across the street from the boardwalk. Down the street from a great family friendly long boarding beach. Would definitely stay here again!!

This review is the subjective opinion of a Tripadvisor member and not of TripAdvisor LLC.
Andrea W
111
Reviewed February 3, 2017 via mobile
Did the job

Santa Cruz in Feb was very quiet, making the location of the Carousel Inn not ideal at this time.
The room was good, just had very squeaky mattresses which wasn't great with a baby.
Breakfast was ok, only a few options, I would have liked to see more fruit available.

This review is the subjective opinion of a Tripadvisor member and not of TripAdvisor LLC.
View more reviews
PreviousNext
1…787980…