$211
$194
View deal
Tripadvisor$194
Priceline
ZenHotels.com$211
View all 19 deals
Prices are the average nightly price provided by our partners and may not include all taxes and fees. Taxes and fees that are shown are estimates only. Please see our partners for more details.
4Antioch
Antioch, California
1337

The rooms are excellent and the buffet breakfasts, lunches and dinners are exceptional. The Conference Center is very convenient along with the coffee, tea and snacks placed in the hallways. Parking is free, convenient and safe. The wifi worked perfectly throughout the facility.More

Thank you for submitting this 5-Star review of your recent conference stay at the Hayes Mansion in San Jose. Your comments referencing your satisfaction with the accommodations and the many amenities you enjoyed are greatly appreciated. It is our perpetual goal to create special stay experiences for each of our valued guests and we are delighted to know you enjoyed all aspects of your visit. It was a distinct pleasure serving you and we hope to welcome you again soon.

Report response as inappropriateThank you. We appreciate your input.
This response is the subjective opinion of the management representative and not of TripAdvisor LLC.
See all 1,761 reviews
Nearby Hotels 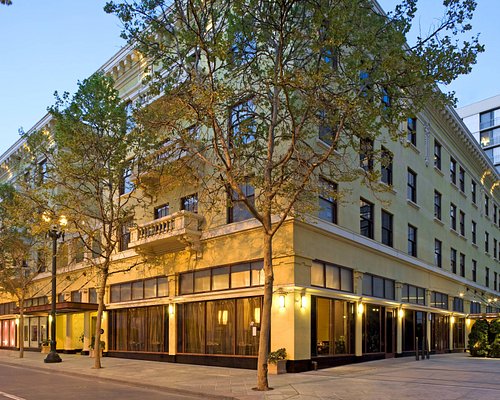 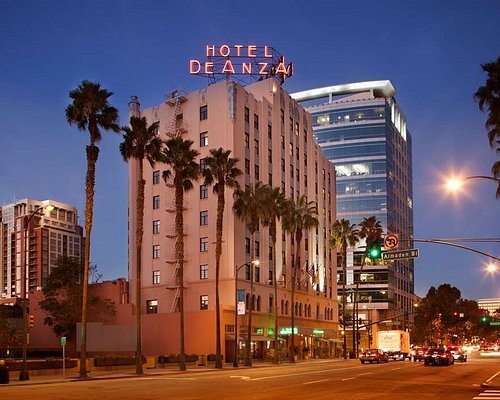 I always wanted to stay in a Hotel that had History attached to it .
What better Hotel that Hayes Mansion this is anHotel that is over 100 years attached to it in the late 1880 it was burnt down and was newly built .
It’s a beautiful place , Rooms are nice and accommodating needs some updates though .
The Banquets Department and rooms were all great .
Restaurant opens for Breakfast and lunch but Dinner you have to go to the Palm Plaza Lounge Bar .

Thank you for sharing a review of your stay at the Hayes Mansion in San Jose. We are exceedingly pleased to know you enjoyed the beauty of the property as well as the historical aspect of the Mansion. We also greatly appreciate your lovely comments regarding the rooms and the restaurants outlets available on property. Our staff make every effort to ensure expectations are surpassed and we are thrilled to learn your entire experience was both comfortable and enjoyable. Thank you for allowing us to host you, and we look forward to having the pleasure again in the not too distant future.

Report response as inappropriateThank you. We appreciate your input.
This response is the subjective opinion of the management representative and not of TripAdvisor LLC.
Garvp175
Bethesda, Maryland
404153
Reviewed January 25, 2019
Great Location and Quiet Property

We stayed 3 days. It was terrific to have a wonderfully equipped gym. The internet was fast and easy to access. The beds are very comfortable. The shower was great. Love the soap, shampoo all in shower tub containers. Hope to return in the future.

Review collected in partnership with this hotel
This business uses tools provided by Tripadvisor (or one of its official Review Collection Partners) to encourage and collect guest reviews, including this one.
Ask Garvp175 about Hayes Mansion San Jose, Curio Collection by Hilton
1  Thank Garvp175

We greatly appreciate having had the privilege of hosting you here at the Hayes Mansion, and we are honored to receive a 5-Star rating from you regarding your stay. We are happy to hear you enjoyed the many amenities we offer, including the free wireless internet service and 24-hour fitness center. Thank you also for referencing the comfort of the bed in your guest room. It is supremely gratifying to know you enjoyed a comfortable, relaxing visit and especially that you plan to return for another stay!

Report response as inappropriateThank you. We appreciate your input.
This response is the subjective opinion of the management representative and not of TripAdvisor LLC.
LexingtonBen
Lexington
61
Reviewed January 15, 2019
Old School in New Area

This mansion is nestled in a fairly new neighborhood. The mansions has been there many years and still has that old charm. Rooms were looking new due to remodeling. Restaurant on-site was very good. Great place - our friends had a wedding there and it was a perfect setting.

Thank you for sharing your 5-Star review and the details of your wedding stay here at the Hayes Mansion in San Jose. We are delighted to know you enjoyed the comfort of your room accommodations, as well as the Palm Plaza Lounge and Silver Creek Dining Room. Our staff make every effort to make each guest feel special and at home while visiting. We hope you will keep us in mind any time your travel needs have your returning to the San Jose area, as it would be honor to welcome you back.

Report response as inappropriateThank you. We appreciate your input.
This response is the subjective opinion of the management representative and not of TripAdvisor LLC.
pika671828
5722
Reviewed January 7, 2019
Mansion/Hotel

Wasn't really sure what to expect of the Dolce Hayes, especially how it would work as a hotel, but was impressed enough. Sprawling grounds and, of course, it lived up to its name as far as its rooms which were appointed accordingly. Unfortunately, I did not partake of the amenities as much as I should have since I was in town visiting family. However, I loved the water fountain service included on our floor which had seven different filters in addition to electrolytes added to the water.

Size-wise, the rooms were about as large as upper-mid- to high-end hotels. In-room coffeemaker was Krups with Krups coffee which I was pleasantly surprised with. Small fridge was built into a cabinet and didn't notice until later. No microwave, but understandably, with all the food options, as well as keeping the property clean, there really wouldn't be a need.

The only setback I noticed about the hotel is its location which is in a residential area. However, it's not far at all from restaurants and is close to downtown San Jose.

Room tip: Ask for a room near the elevator if you're on upper floor.
Ask pika671828 about Hayes Mansion San Jose, Curio Collection by Hilton
1  Thank pika671828

Thank you for posting a 5-star review of your recent stay at the Hayes Mansion. Our goal as always is to ensure each of our guests enjoy a comfortable, relaxing stay and we are thrilled to know this was your experience during your visit. It was a pleasure to have had the opportunity to serve you and we hope you will visit us again soon!

Report response as inappropriateThank you. We appreciate your input.
This response is the subjective opinion of the management representative and not of TripAdvisor LLC.
MTJNNdnmdm
22
Reviewed December 25, 2018
Best every

I love this place, and will return soon. Nice and quite and clean and the food was great. I would tell anyone to visit here. Nice drive to anywhere and the airport is 20 min away. So come down and see all you can see.

Thank you for sharing a lovely 5-Star review of the Hayes Mansion. It was certainly a distinct pleasure to host you and we greatly appreciate your words of praise for the hotel and the food you enjoyed during your stay. We look forward to welcoming you back for another wonderful visit here at the historic Hayes Mansion in San Jose.

Report response as inappropriateThank you. We appreciate your input.
This response is the subjective opinion of the management representative and not of TripAdvisor LLC.
View more reviews
PreviousNext
1…202122…