$103
$95
View deal
Courtyard$103
Priceline$103
Hotels.com$103
View all 20 deals
Prices are the average nightly price provided by our partners and may not include all taxes and fees. Taxes and fees that are shown are estimates only. Please see our partners for more details.
Roberto L
Newark, California
10730

Got this place for my in laws and they had a wonderful stay. We also met them there for breakfast, which was good. They have a nice bar and they also have a nice pool which is indoor/outdoor. It is a kid friendly hotel on weekends and mainly a business hotel on weekdays.

See all 129 reviews
Nearby Hotels 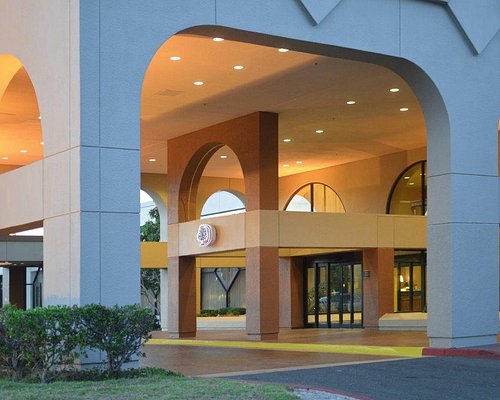 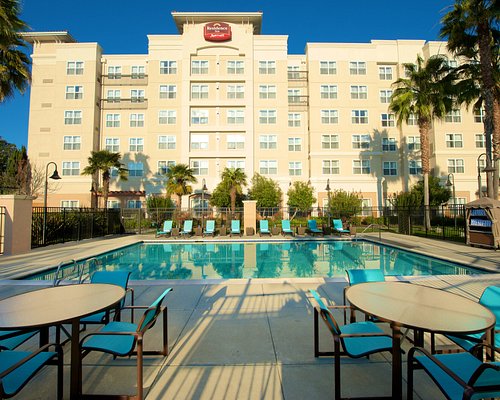 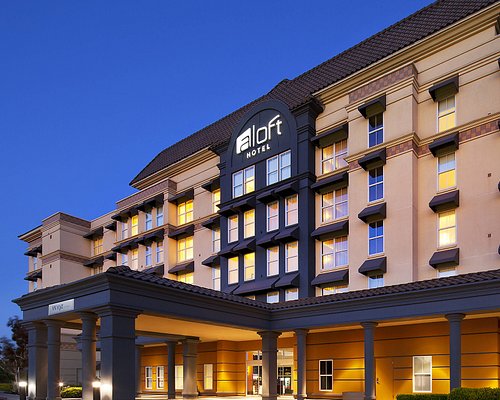 Another night on the road - another Courtyard. This time in Newark, CA. And although labeled as being in Silicon Valley, not really too close to the core areas of San Jose, Santa Clara, Sunnyvale, etc. At least 20 minutes away via 680 WITHOUT traffic; of course much longer with traffic.

The usual Courtyard amenities - nice room, clean and comfortable. At least consistent with what I expect. Updated Marketplace cafe in lobby, a bit pricey but did force me to leave the hotel to find a better breakfast (which I did - 85C Bakery across the street). Good fitness center and outdoor pool. Friendly staff, very helpful with a few unique requests.

The benefit here is the location - at the base of the Dumbarton bridge right off 84. Easy to get back across the bay to Palo Alto-Stanford area as well as up and down 680 on the east side of the bay. Also close to Coyote Hills Park and the Don Edwards SF Bay Wildlife Park - two beautiful outdoor areas to take a hike and clear your mind. Make sure to have some flex time for these two lovely areas.

Thank you for taking the time to share your feedback on your recent stay here. We are glad you got a chance to explore our nearby regional parks.

Report response as inappropriateThank you. We appreciate your input.
This response is the subjective opinion of the management representative and not of TripAdvisor LLC.
RavensRule27
Perry Hall, Maryland
15835
Reviewed May 24, 2017 via mobile
Nice Courtyard

This is a nice hotel with great proximity to the business park I was visiting as well as plenty of food options within walking distance or short drive. You also have the in hotel Bistro which offers decent dining choices and Starbucks coffee. The Gym was small but adequate, offering 2 treadmills, 2 ellipticals and a normal bike as well as seated bike. A cable weight system, one bench and dumbbells. A couple exercise balls and mats. The lobby is spacious with lots of seating and work space if needed. Room was a very spacious king with flat screen TV, desk and large love seat with ottoman. Overall, I would definitely stay here again.

Thank you for taking the time to share about your recent stay with us! We are happy to hear that you enjoyed both the hotel and the nearby area, and we look forward to seeing you again!

Report response as inappropriateThank you. We appreciate your input.
This response is the subjective opinion of the management representative and not of TripAdvisor LLC.
jimpC1214MF
Midland, Michigan
4044
Reviewed April 25, 2017 via mobile
Ok just another courtyard

Ok place. Rooms are clean. King suite is very large. Easy to work in although the work desk is rather small. At breakfast you wait a while behind the employees ordering special coffee drinks so a something like a breakfast sandwich may take 20 mins. I suggest Burger King instead or Starbucks they are both very close.

We appreciate your recent stay with us! We hope that every guest has an excellent stay, but it looks like we fell short of our goal. Your comments will be shared with the appropriate departments to improve our service. Thank you!

Report response as inappropriateThank you. We appreciate your input.
This response is the subjective opinion of the management representative and not of TripAdvisor LLC.
EaglesFan11
Philadelphia, Pennsylvania
16846
Reviewed April 15, 2017
Terrible experience

Have had to travel to the Hayward area for a consulting assignment a few times this year and have selected the Marriott Courtyard in Newark twice since that is where my client has a discount (I usually stay at Hilton hotels as a rewards member). I travel from the east coast and usually arrive late due to the flight schedules. For my first stay, while it was not the fault of the woman at the front desk that my 6 hour flight from the east coast was delayed and I was awake for almost 24 hours straight and just wanted to go to bed, it was midnight and it took more than 20 minutes to check in – there was a gentleman ahead of me wanting to change rooms from a single bed to 2 queens or 2 standard (I think he had his son with him). The front desk attendant seemed confused, checked her computer several times and made 2 phone calls to get help. Ultimately, she asked the other gentleman to wait and checked me in – that went smoothly, but when she finished my check in, she tried to give me the other gentleman’s driver’s license and credit card which she was holding instead of mine (he was Asian and I’m not). Glad I was paying attention despite being pretty tired. I woke up at 6:15am the next morning still irritated with the check in and just wanted to get something little for breakfast and a coffee but had another poor experience with the staff at the small café who seemed confused and slow. There were only 2 people ahead of me in line but after 15 minutes waiting to order, I gave up and returned to my room pretty frustrated and minus caffeine. I finished packing and thought I might get lucky and the café line had cleared and I’d at least get some coffee. Unfortunately, there were now 5 people in line so no coffee which I desperately needed after less than 6 hours of sleep. Ironically, I received a canned email from the manager, Angie Resendez, a few days after my stay and I replied with the same information in this review. I never received a response. I will be continuing to travel to Newark several times over the next few months and was planning on staying at the Courtyard each time but now I’m not sure.

Thank you for your feedback. We strive to give excellent service to all of our guests and regret that your recent experience was not up to our standards. We are forwarding this information to the appropriate departments to improve the training our associates receive. We hope that in the future you will visit us again.

Report response as inappropriateThank you. We appreciate your input.
This response is the subjective opinion of the management representative and not of TripAdvisor LLC.
Tiggmin
Dublin, Ireland
14836
Reviewed April 15, 2017 via mobile
Week stop

So second time at the courtyard, it's super handy for work in Palo Alto and the hotel is good and rooms are well fitted out it's what you would expect from a courtyard. Staff are generally very helpful and pleasant but it is really a typical business hotel.

This review is the subjective opinion of a Tripadvisor member and not of TripAdvisor LLC.
View more reviews
PreviousNext
1…8910…