Stayed here for a week on business trip. Good spacious rooms with self contained kitchen. Rooms are cleaner. However, Wi-Fi connection was really bad. Needed to pay extra for the internet. Location is decent. Grocery stores around. Restaurants are around. More

Thank you for taking the time to post your review. We are happy to know you were pleased with your room and had an overall comfortable stay. However, we are sorry for the inconvenience you faced and have notified our Maintenance team to take corrective measures. We hope to have another chance so we can make your next trip pleasant in every respect.

Report response as inappropriateThank you. We appreciate your input.
This response is the subjective opinion of the management representative and not of TripAdvisor LLC.
See all 146 reviews
Nearby Hotels 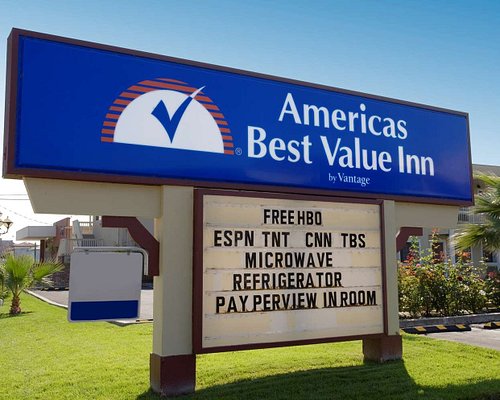 Would give zero stars if I could. Woke up at 2:30am to feel something crawling on me...bed bugs all in my bed and bites on me. These are not even small ones, they are very visible. Called downstairs, no answer at front desk. I go down stairs and there is a note at the front desk saying no one is available. Call the help number given, no answer. Left a note at the front desk for a call from the manager. I would have fled instantly but I'm here for a work conference and need to shower and get ready for the day. I'm leaving my bed clothes and my new expensive pillow. They are casualties of this horrific place. And this crappy room was $250 a night. You'd be better to sleep in your car!
Update: upon fleeing the room at 6am, still no manager--housekeeper said manager does not come on duty until 10am; the manager called at 10:30am and said he would have to go investigate; still have not received a phone call back.

Room tip: there are no good rooms unless you like bed bugs
Ask ksm209 about Extended Stay America - San Jose - Milpitas
Thank ksm209

Thank you for bringing this to our attention. We take these matters very seriously and will take the necessary actions to ensure this is properly addressed.
Hotel Management

Report response as inappropriateThank you. We appreciate your input.
This response is the subjective opinion of the management representative and not of TripAdvisor LLC.
bearfeeder
San Francisco, California
3541
Reviewed August 18, 2017
Cockroaches

There were cockroaches in the room. I asked for and received a refund, left the property and found another hotel. Apart from the bug infestation, the hotel was poorly maintained, dark, and generally awful.

Avoid like the plague... 'cause there may be bugs carrying the plague in this hotel.

David, I apologize that we failed to provide you an exceptional stay. We are sorry for the "uninvited visitors" you reported in your room. Our pest control provider and housekeeping staff have serviced the hotel, and we are working to ensure procedures are being followed to prevent future infestation. We would like to regain your trust and hope you will give us that chance in the future.

Report response as inappropriateThank you. We appreciate your input.
This response is the subjective opinion of the management representative and not of TripAdvisor LLC.
HopALongHari
Sacramento, California
2331
Reviewed August 10, 2017 via mobile
Tired and worn.

This chain had its heyday in the 90s and 00s and has been since surpassed by newer extended stay and business traveler chains.

Cons: Wear and tear on everything
No oven
No dishwasher
Minimal kitchen supplies
No trash can in the bathroom
Front desk is over extended
Very hard to get help
Almost no amenities
Motel breakfast

I'm actually impressed the microwave still works. It looks like 90s or even 80s vintage. I not only stand back when I'm using it but also make extra sure I've turned it off before opening.

The other person staying HATES it. Said it was trashy and bootleg and other people staying are swarthy and degenerate. He witnessed a huge fight between a guest and the front desk. People steal trashcans out of the rooms here. I've called the front desk 2x and no one picks up. The staff is nice but they are understaffed and corners are cut on amenities.

Even for the area this place is not a great value but there is worse out there. I think it's perfectly serviceable.

Thank you for being our guest. Although you liked your spacious room, we agree that some of our facilities needs an upgrade. We are currently having the same conversation with our Brand leaders. In the meantime, our Housekeeping and Engineering staff are committed to keeping our facilities clean, fresh, and up to date throughout our hotel. We regret the inconvenience caused and hope to have the opportunity to make your next stay perfect in every respect.

Report response as inappropriateThank you. We appreciate your input.
This response is the subjective opinion of the management representative and not of TripAdvisor LLC.
LikesToEatOut3
Bend, Oregon
31
Reviewed April 4, 2017
Digusting and Unsafe

I checked in around 8:30 pm. I was staying for three nights. First, they give you an almost unrecognizable photocopy of kitchen equipment, cutlery, etc. and ask you to put an x on what you might need (like a glass!). Second, they put a woman traveling alone in a ground floor room that has externally-facing doors...that should've been my first warning. The room smelled awful...like someone had lived there for a month and had been cooking fried food. I should've just asked for a new room at this point but I didn't. Then, a homeless person knocked on my door asking to be let in. I told her to go away and called the front desk. She "had to call the manager" (there is no manager on site after 7pm). The manager apparently tried to call my room, but the phone never rang. I called back after about 10-minutes and again asked to be moved to the main building on the second floor. After another10-minutes, I called the front desk again. The manager apparently said that they wouldn't move me. The homeless person came back two more times! The third time, the person said that she had just been released from prison! Another call to the front desk and there was NO ANSWER so I called the police. They showed up, walked me to my car and the hotel is theoretically processing a refund.

I would NOT stay at this place ever again. It's smelly, dirty, old and needs some serious renovations and most importantly, is unsafe. Besides random homeless people knocking on doors, there were wires hanging out of the wall where the smoke detector should've been.

The general manager's name is Rohit Sharma and apparently, he doesn't find it important enough to move a guest to a different room when her safety is threatened. He should be fired. I plan to file a complaint directly with the hotel.

Thank you for choosing to stay at our hotel, and we sincerely apologize for your disappointment. Please consider this as an isolated incident and we regret falling short of your expectations. I truly hope you will consider giving us the opportunity to make it up to you on another visit.

Report response as inappropriateThank you. We appreciate your input.
This response is the subjective opinion of the management representative and not of TripAdvisor LLC.
Jason W
1
Reviewed March 31, 2017
dirty and smelly

Never again will stay in one this brands hotels. Second room was okay until I found old food left in both the microwave and refrigerator.

Jason, I am very concerned about your experience and am very sorry that we did not meet your expectations. We have procedures in place so these type of situations do not occur. We can absolutely do better and hope you will give us the opportunity in the future to prove that to you.