$127
$112
View deal
Expedia.com$118
Hotels.com$118
Traveluro$127
View all 18 deals
Prices are the average nightly price provided by our partners and may not include all taxes and fees. Taxes and fees that are shown are estimates only. Please see our partners for more details.
apinkingston
Kingston, NY
185

Thank you Reviewers for telling me!

I echo the reviews of this hotel. Spotless. Also, the front desk staff were kind and inviting. It's a low price place to stay, which is what I was seeking. That's how I'm reviewing it. As a clean, safe and affordable place to stay. It's not a luxury hotel but I've stayed in luxury high price hotels I didn't enjoy as much as I enjoyed this quiet gem.

See all 702 reviews
Nearby Hotels 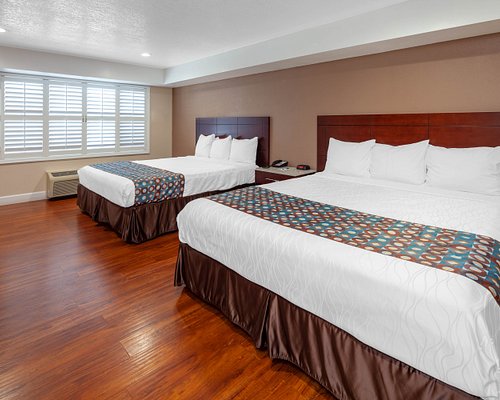 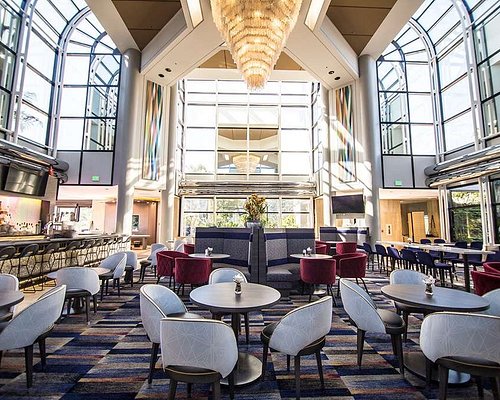 Had an awesome Experience, my wife loves the jett tub and how clean are the Rooms in Every single Aspect, Alot of parking and it's quit, Had no problems what's ever A little pricey but it was worth seeing my wife happy and Management is super Friendly... Thank you so Much Rodeway Inn... Till Next Time.

This review is the subjective opinion of a Tripadvisor member and not of TripAdvisor LLC.
Penny P
San Pablo, California
31
Reviewed August 24, 2016 via mobile
Very clean

Clean. I watched them take each and every item out of the rooms clean and disinfect and leave in the sun for nature's disinfectant. The people were very helpful and put up with no crap. I'd stay there anytime

This review is the subjective opinion of a Tripadvisor member and not of TripAdvisor LLC.
goldentrim
Vancouver, Canada
3210
Reviewed August 3, 2016
nice rooms for the price

We had 2 rooms with 2 double beds each. We only stayed for one night. No more breakfast like we had 3 years ago. We went across the street to MacDonald's for breakfast. Rooms seemed to have been update somewhat.
The front desk clerk was very helpful. Parking lot is still difficult to maneuver if you drive a large vehicle. Rooms were clean with comfy beds.

This review is the subjective opinion of a Tripadvisor member and not of TripAdvisor LLC.
johnsA1867KR
Monroe, CT
6431
Reviewed July 21, 2016
Not up to snuff in so many ways

We and another couple we were traveling with stayed here on our trip to Long Beach. The room was nice enough, but the amenities were lacking.

It advertises a continental breakfast. The norm at the two other Rodeways we stayed at on this California trip had a waffle machine, cereals, and pastries of various kinds. This place had a coffee machine and a toaster with some bread. That's it!

The parking lot is very small, and in order to make more parking spaces, they painted the lines 5 feet apart. We had trouble getting our Toyota Sienna to fit the space. They also have concrete berms at the end of each space that are painted a light gray that are hard to see at night. My wife tripped and nearly face-planted on the concrete parking lot. Thankfully, she caught herself in time.

The room we got at the end of a hallway on the second level butts up to another building that was 18 inches away! Therefore, the bathroom window didn't even have a curtain on it. Not a problem, except that the sun in the morning hits the other building and comes streaming into the room. It woke me up and I had to close the bathroom door to make the room dark again. Being at the end of that hallway also seemed to magnify the truck traffic going by outside.

The people in the room next to us took showers at 6 a.m. and the plumbing sounded like a hound in heat, howling at different octaves.

Finally, the ice machine was out of order. We have a cooler that we pack for day trips to keep beverages and food cold throughout the day. That wasn't happening this time. Also, did I mention that the neighborhood is not that great?

So yes, the rate was cheap ($85/nite including tax), so maybe we got what we paid for. But we have paid about the same at other Rodeways and have gotten much more. If you are considering this place, do so only as a desperate last choice.

This review is the subjective opinion of a Tripadvisor member and not of TripAdvisor LLC.
707roadwarrior
Santa Rosa, California
52
Reviewed May 31, 2016
Nice Surprise

I am a road warrior so I try to keep costs in mind. This was a reasonable cost motel. The surprise was the upgrades to the rooms. They had beds like I would you would find in a much more expensive hotel. Even though it was on the PCH it was still fairly quiet. Also the wall air conditioning was very quiet as well. Nice flat screen TV and the bathroom though small was very nicely done. They also had USB plugs for phone charging. The area is not great but if you are on the west side. Wifi was excellent! Nice people as well!

Room tip: They have little hall ways off the front that the rooms are quieter
Ask 707roadwarrior about Rodeway Inn & Suites Pacific Coast Highway
2  Thank 707roadwarrior

This review is the subjective opinion of a Tripadvisor member and not of TripAdvisor LLC.
View more reviews
PreviousNext
1…101112…