$110
$106
View deal
HolidayInn.com$110
Expedia.com$110
eDreams
View all 17 deals
Prices are the average nightly price provided by our partners and may not include all taxes and fees. Taxes and fees that are shown are estimates only. Please see our partners for more details.
Tammy T
Flagstaff, Arizona
335

This is an older hotel in need of upgrades. The fan on the ac unit is loud and kept me awake at night and is ineffective in cooling the room to a comfortable temperature. Parking was a challenge. The room was without bar soap. When I asked, I was told they were out but the shipment was due in the next day. There is no continental breakfast but food is available at the restaurant next door. Prices seemed high for a minimal amount of food.
I will choose a different hotel the next time I am in town.More

Thank you for taking the time to review your stay with us. I thank you for pointing out the areas of need as we continue to improve the hotel from the previous management company.

We are looking to "refresh" the hotel in the very near future. All rooms, public space and the restaurant will be updated and modified to have a newer, more modern feel and attitude. I do hope that you will keep an eye out on our Facebook page for updates as we venture into the renovation phase.

As for the restaurant, yes, full service Holiday Inn's do have full menu options that are priced similar to IHOP or other breakfast chains. Our sister property- Holiday Inn Express does offer complimentary breakfast.

Again, thank you for your candid feedback.

Report response as inappropriateThank you. We appreciate your input.
This response is the subjective opinion of the management representative and not of TripAdvisor LLC.
See all 278 reviews
Nearby Hotels 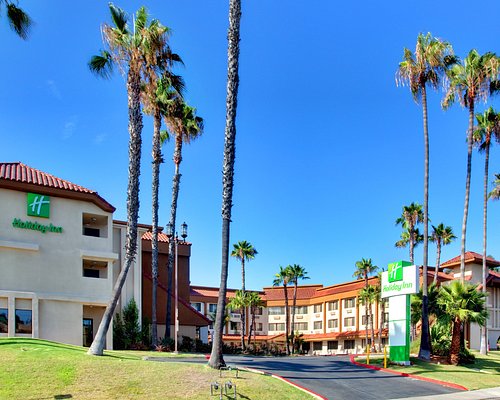 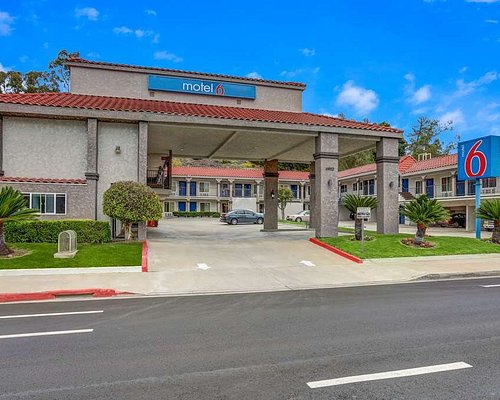 I stayed 8 days at this hotel in November 2016 and it isn't a bad place, but their billing department and restaurant were a joke. I pre-paid extra for the breakfasts at the restaurant, but the cook was out or late three of those days and the hotel would not refund my card. Then to add insult to injury, the hotel charged me $25.55 for an "in room" service breakfast I never had. By the time they fixed it, they had charged and credited my card $51.00, and then credited my card $25.55. All looked like it was finally solved after several phone calls but no.. they then charged my card again 24 days later for $25.55. I called them AGAIN to see why they charged my card while the charge was still pending, and they said they would take care of it; it posted anyway. A week later I tried calling them three times to get the new problem fixed, but they wouldn't answer, or they just hung up on me after I was placed on hold for period of time. I was so fed up with them, I disputed the charge with the credit card company as I was just tired of talking to the ineffectual office people there handling the billing. Probably won't be staying there again.

I apologize that you had such an incident that did not leave a good impression. It appears that during the transition of Management teams at the hotel, that we made a few mistakes.

We have been diligent in training the entire new team at the hotel as well as working with the new Credit Card systems that IHG has installed. This is not an excuse, by any means, but it appears that we dropped the ball.

Please contact Oussama Maamar- Assistant General Manager at 619 698 7747 at ext 130. We want to make this right, as we move forward with an incredible team and providing the services our guests expect.

Report response as inappropriateThank you. We appreciate your input.
This response is the subjective opinion of the management representative and not of TripAdvisor LLC.
kathyh303
Las Vegas, Nevada
219164
Reviewed December 5, 2016
Much better than I expected!

I was coming to San Diego State to visit our son and there was not a hotel room available! Must have been Charger fans, weddings, etc. but I finally found this Holiday Inn. I am a Ritz Carlton kind of gal so I was a little worried about the area. There is a nice Costco across the street so it couldn't be that bad! They were totally overbooked when I arrived early but David and the staff took really good care of me and gave me a room ahead of the huge wedding party that had arrived and were super rowdy. I was traveling alone but meeting 3 other moms who also booked this Holiday Inn. We all ended up really liking our rooms, the beds were superior and comfy and all of the stuff worked. You know how it is in "cheaper" hotels - you never know if the ac or shower is going to be ok. It was very clean and the room looked as good as my recent stay at a five star resort so go figure. We had a good time at the little Mesa restaurant - they let us sneak in a bottle of wine and made us some great sweet potato fries. All of us "Moms" had a great time at our little Holiday Inn close to SDSU so I recommend you try it. I would have given it 5 stars but where the heck was the extra coffee pod? They only give you one regular and one decaf - COME ON !

Room tip: Not sure there is a great room but I was on the 3rd floor near the elevator and lobby so I really liked that location as a single traveler.
Ask kathyh303 about Holiday Inn San Diego - La Mesa, an IHG hotel
Thank kathyh303

This review is the subjective opinion of a Tripadvisor member and not of TripAdvisor LLC.
Debra M
San Jose, California
6
Reviewed October 17, 2016
A very nice hotel with a friendly staff.

We stayed here 4 days and had a king room. The place is VERY clean. The room was large and so was the fridge. The shower was also quite big. But we had to ask for a non-slip mat as the floor in the shower was very slippery. But they brought it promptly and it worked well. About the only complaint I have is the depth of the closet. It's certainly wide enough, but you can't slide the doors open and closed because the hangers stick out farther than the doors. I've never seen such a thing. And it's not because there isn't space in the room. They could have made that closet 4 inches deeper and the hallway would still have been generous. Weird, but certainly not a deal buster. I would definitely stay here again.

This review is the subjective opinion of a Tripadvisor member and not of TripAdvisor LLC.
Cheermomgayle
San Diego, California
5
Reviewed October 17, 2016 via mobile
Great place!

We were forced to stay in a hotel with a pipe burst in our home. We stayed at the holiday in express and it was a great place to stay and a great value! My daughter and granddaughter stayed with me and they enjoyed the pool. The people at the front desk or friendly. The restaurant on site was very, very good.

This review is the subjective opinion of a Tripadvisor member and not of TripAdvisor LLC.
aimkirk
Seattle, Washington
1
Reviewed October 15, 2016
Affordable, clean, convenient

The hotel is convenient. Parking is free and the rooms are nice. Clean, updated, good shower and comfortable bed. Street noise is moderate in the morning but not awful and staying in the rear of the hotel would resolve this. Easy trip to North County and beaches. Lots of shopping and restaurants near by. The same room would be triple the cost in downtown SD or at the beach. If you just need a clean, nice and safe place to stay, this is the perfect.

Trip type: Traveled with family
Review collected in partnership with this hotel
This business uses tools provided by Tripadvisor (or one of its official Review Collection Partners) to encourage and collect guest reviews, including this one.
Ask aimkirk about Holiday Inn San Diego - La Mesa, an IHG hotel
Thank aimkirk

This review is the subjective opinion of a Tripadvisor member and not of TripAdvisor LLC.
View more reviews
PreviousNext
1…567…
<script type='text/javascript' crossorigin='anonymous' async onerror='__scriptLoadError(this,true);' src='https://st