$99
$33
View deal
Free cancellation until 12/17/21
Hotels.com$41
Priceline$37
eDreams$99
View all 14 deals
Prices are the average nightly price provided by our partners and may not include all taxes and fees. Taxes and fees that are shown are estimates only. Please see our partners for more details.
AntonioRyan
Kyoto, Japan
9051

Fantastic location with an average room

This hotel is located 3-4 minutes away from JR Sapporo Station, which makes it's location very convenient. However, as the hotel is relatively old, you don't get that modern and clean feel that other newer hotels can offer. The first thing that I noticed upon entering the bathroom was that the sink looked rusty and found 2 strands of hair lying on the toilet seat. Other than that, everything else was good.

Room tip: Rooms located on corners tend to be quieter than ones near to elevators
See all 409 reviews
Nearby Hotels 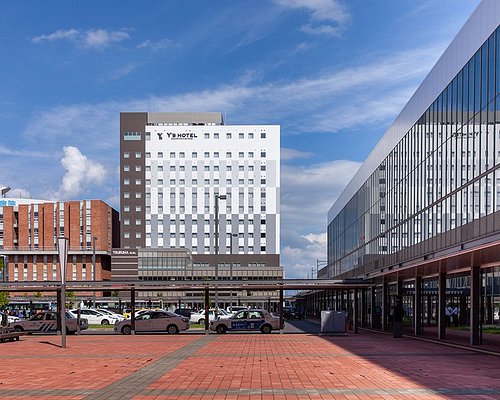 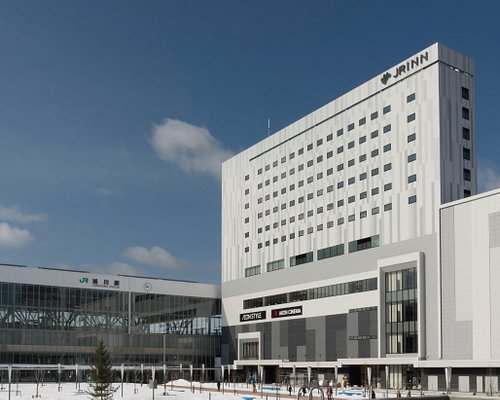 Aside from great location which is about 5-10mins away from the JR station, next to the chuo bus station and local buses just outside the hotel, the condition of the rooms and corridors are kinda rundown. There is vending machine on level 1 including coin operated laundry service. Convenience store is just next to the bus station. It's also on the same road as most local buses for sights.

When we checked-in, we requested for 2 room cards but aside from the original given that worked, the other room card had another room number printed on it. With the issue on the room card, it now left me wondering if we could have opened another guest's room instead. The staff just withdrew the room keys from a A4 file.

There was no security in the hotel, there were also many entrances to the lift lobby. Only 1 security camera facing 1 lift was seen. Anyone could have just went up the rooms.

I dropped my room card (due to my carelessness) and my mum went to request for a replacement. Instead of disabling the card immediately, the staff at the reception insisted my mum to pay for the replacement card. He was lecturing my mum for losing the key card instead of assisting with the loss. When she finally got the replacement card, she was also not given anything to sign nor verification was done. Her name was not in the room list and all she was asked if the name on the reservation is correct. When a guest loses the room card or key, your first priority is to disable it for security reasons. When we found the card after 2 days, the card was still not disabled. This means if anyone who has picked up the card, could have just entered the room or anyone who claims to have lost the card, could just get a replacement. The room number was printed on the room card with the hotel name, FYI.

The corridors has strong cigarette smell thru my stay, not only at my level but also on the 2 even floors where ice was available. The shower curtains had very strong stale smell. The room furniture were abit old fashion but still good. They have a phone charger provided. Room is small but still comfortable for two. Walls arent exactly soundproof, can hear sounds from next door since it's quiet. Wired internet.

I probably would not want to return here again despite the good location. Anything is fine and can be endured but security and safety during travels should never be compromised. After having been to Japan several times, this is sure surprising based on the standards they have.

This review is the subjective opinion of a Tripadvisor member and not of TripAdvisor LLC.
Pacco_CH
Lausanne, Switzerland
389
Reviewed August 17, 2016
Budget room and central location

Had a budget room (paid about 70 €) which was as you can expect small but was a great value for money if you consider its very central location. The hotel has an automated parking lot which will set you back 750Yen. Not sure how long you can keep it inside for that price. Breakfast is available for ~1000Yen; didn't give it a try.

The underground onsen is spacey and clean but don't expect a cosy atmosphere. A sauna and cold bath are also available. Didn't interact much with the staff but they seemed rather nice.

This review is the subjective opinion of a Tripadvisor member and not of TripAdvisor LLC.
watson_tofu
Nakhon Pathom, Thailand
3
Reviewed August 14, 2016
Premier Hotel Cabin Asahikawa With Onsen

We stayed a night on Floor 9 and enjoyed taking our first-time onsen baths in the warm/lukewarm pools located at the G Floor with kind & clear advice from the staff. The paid buffet in the morning was delicious with various kinds of dishes, fruits, scrambled eggs, hot and cold drinks, etc. There we liked the female staffs who were friendly and service-minded.

This review is the subjective opinion of a Tripadvisor member and not of TripAdvisor LLC.
GME-SE10
London, United Kingdom
10776
Reviewed July 31, 2016
Changed name: Premier Hotel Cabin

This is a good value business style hotel. Excellent location, being just a few minutes walk from the train/bus station which helps it to be used as a base to see other parts of the region.

The spa is nice and sufficiently spacious even when there were quite a few people in there. Sauna and a couple of hot baths available, together with a cooler pool.

Decent variety of options available for breakfast which should be acceptable to both Japanese and Western tastes.

This review is the subjective opinion of a Tripadvisor member and not of TripAdvisor LLC.
markelshout
Beijing, China
8342
Reviewed July 30, 2016 via mobile
Premier Hotel CABIN

It is listed as a budget hotel and in terms of the room size, they don't budget for people with much luggage. The room was clean and AC took the edge off the humidity. For $150 with breakfast it seemed pretty pricy. Good location near mall and station. The breakfast, which is $10 p/head if you add it on later, is an Asian style buffet. It is okay and for $10 I guess pretty good. I would have enjoyed the inclusion of some sort of egg that was cooked but not available. Juice, coffee, and toast options were okay.
Back to the room, bed was comfortable and pillows were okay. Bathroom was small but the bath was very deep which was great. The hotel onsen is open all night from 2pm till 10am which is more generous the many places.