eDreams
Priceline
CheapTickets
View all 9 deals
Prices are the average nightly price provided by our partners and may not include all taxes and fees. Taxes and fees that are shown are estimates only. Please see our partners for more details.
VenxB
Mumbai, India
1414

Loved staying at the Aye Yar resort. After a long day spent on the Irrawady river getting Bagan on a cruise .. the resort allows you to stay close to the river for as long as you stay in Bagan. The location is brilliant with a vantage view of the rhythms of life on the river (atleast the room we chose). On the New Year’s Eve we came back to the room to find the bed decorated with a Happy New Year wish.. and similarly on other nights one came back to the room to find floral decorations on the bed.. The food was adequate .. the service very attentive. Overall and excellent stay.More

Show less
Trip type: Traveled as a couple
See all 650 reviews
Nearby Hotels 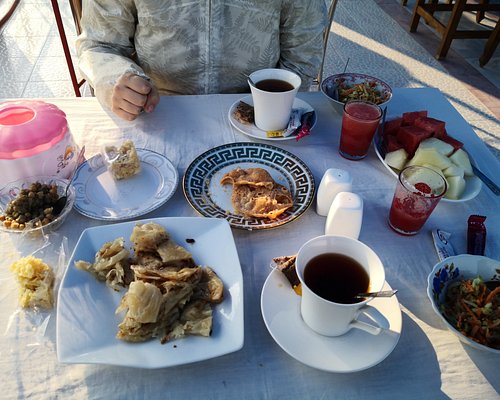 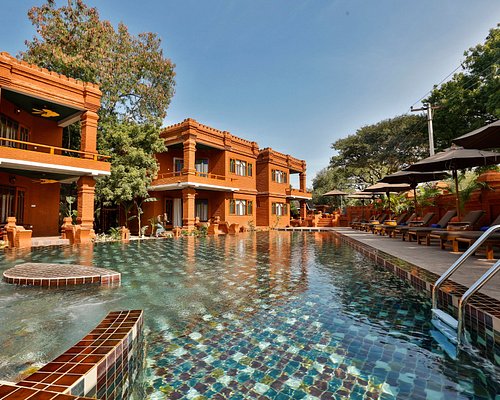 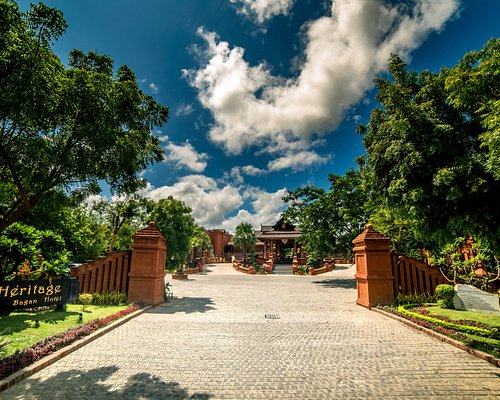 After some consideration I decide to give this hotel 3 stars and not four which is really a combination of location, price and service which just somehow does not tally up.

We had a great, very spacious triple room near the river. It seemed new, large bathroom and comfortable beds. With the river views be prepared for early morning engine noise as they overlook the jetty for both small and the larger river boats.

The hotel is quite large with well maintained garden and a lovely river terrace. Maybe we were traveling off season but the hotel was strangely empty and I don’t think much going on at the riverside bar. Customers seem mainly Asian travellers. Pool is very clean and refreshing as not heated.

With hindsight I would choose a hotel near one of the gates of old Bagan as it means more choice to head to some of the local restaurants. The food at the hotel was ok but the menu not overly extensive and at hotel prices. The breakfast buffet had all the usual staples but was nothing special. There were many staff but most struggled with English. It was also rather odd that staff wore their soccer tricot quite visibly under their uniform or their sweatshirt hoody over the uniform in the morning. I appreciate this may sound snobby considering the location but if the hotels aspires to be the premium choice in Bagan then this is not consistent. We could not use credit card as there was a connection problem and the WiFi was patchy.

This review is the subjective opinion of a Tripadvisor member and not of TripAdvisor LLC.
Perry H
San Diego, California
1291377
Reviewed December 10, 2017 via mobile
Vacation

I really liked this hotel and location. It was clean and has an excellent staff. The grounds are absolutely beautiful and full of amenities. The dining room is absolutely stunning And a very nice menu.
I would highly recommend this place. The room I got was very spacious and had a great view and the resort sits right on the river for enjoying your evening with friends and cocktails.

This review is the subjective opinion of a Tripadvisor member and not of TripAdvisor LLC.
470harshaj
Vancouver, Canada
5825
Reviewed December 4, 2017
It's an ok hotel, room need work

This hotel was more expensive than the 2 very nice five star hotels I stayed at in Yangon and Mandalay and the rooms were more like a 3 star hotel. The hotel grounds are nice but the rooms are old, beds and pillows were somewhat uncomfortable (cheap 2-3 star quality). The service was great though, this is the only reason I am giving this place a few stars.

This review is the subjective opinion of a Tripadvisor member and not of TripAdvisor LLC.
John S
Dubai, United Arab Emirates
139
Reviewed December 1, 2017 via mobile
Scenic and Beautiful

Just stayed for 2 Days and had a good time with scenic and beautiful setting. Providing service is ok but need to see things on details. Breakfast has nice selection and servers seem busy. Receptionist are quite helpful.

This review is the subjective opinion of a Tripadvisor member and not of TripAdvisor LLC.
Jamsil
Singapore, Singapore
3725
Reviewed November 27, 2017 via mobile
Needs major improvement

Hotel has nice grounds, good location on the river and could be really stunning if upgraded. Rooms are really old, on our 2nd day, there was a major water leak in our kids bathroom and we had to move rooms. Next room was supposedly higher standard but wall was moldy.
Restaurant serves boring breakfast and lighting at night is bad.

This review is the subjective opinion of a Tripadvisor member and not of TripAdvisor LLC.
View more reviews
PreviousNext
1…131415…
<script type='text/javascript' c