A Great Place to Relax - Cinnamon Valley - 'The Lake House' 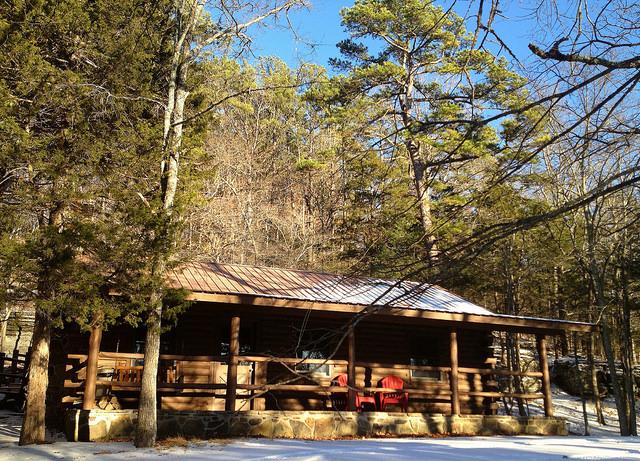 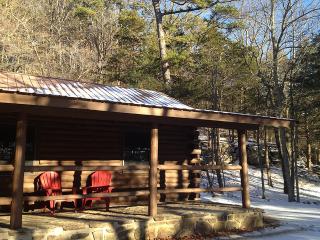 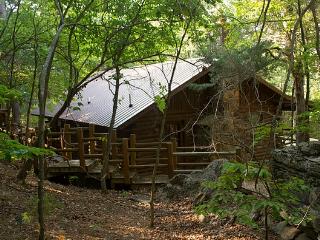 Excellent - based on 26 reviews
Write a Review

The check in was smooth and the owners were very nice folks and took real good care to make sure our stay was a pleasant one. The Lake House was roomy with a large living and dining are and a kitchen that had all the necessary amenities. The wood burning fireplace was particularly great to have as we had the bad fortune to be there in a torrential downpour on Sunday of our visit and we didn't use the hot tub much. But the greatest testimony to the management and owners it that they even delivered us more wood while we were snug in the Cabin during the rainstorm. We hope to go back in the summer some time, but I would highly recommend this as a great place to relax and enjoy life

Date of stay: December 2015
Liked best: The quiet and the beauty of the valley
Traveling group: Extended Family
Would you recommend this hotel to a friend?   Yes.
Recommended for:
Was this review helpful? Yes
This review is the subjective opinion of a TripAdvisor member and not of TripAdvisor LLC.
Problem with this review? Thank you. We appreciate your input.

This place is absolutely beautiful! Booked The Lake House for a romantic get away and this place couldn't have been more perfect! Loved the drive to get to the cabins. Would recommend this place to my family and friends! Cant wait to go back!

Date of stay: November 2015
Liked best: Very Peaceful
Liked least: Everything was great!
Traveling group: Spouse/Partner
Would you recommend this hotel to a friend?   Yes.
Recommended for:
Was this review helpful? Yes
This review is the subjective opinion of a TripAdvisor member and not of TripAdvisor LLC.
Problem with this review? Thank you. We appreciate your input.

Loved it. Nicely decorated. Close to town yet very secluded. Loved the JACUZZI! We can't wait to go back. Only drawback was the mattress, a little uncomfortable.

Date of stay: May 2015
Was this review helpful? Yes
This review is the subjective opinion of a TripAdvisor member and not of TripAdvisor LLC.
Problem with this review? Thank you. We appreciate your input.

1 helpful vote
“Great hidden location for lodging near Eureka Springs!”
Reviewed May 15, 2015 for a stay in May 2015
1
person found this review helpful

Overall, our stay at The Cinnamon Valley was good! A few things specifically about the cabin we stayed at, The Lakehouse. When we arrived there was a strong smell of wood smoke in the cabin. I called owner Julie and she said the fireplace had been cleaned and shut up for the summer season just recently and sorry for the smell. We had to keep the windows open when we could and run the fan on the AC just to tolerate it. The smell also became embedded in some of our clothing and luggage and we had to re wash when we got home. Really, she should have offered a discounted lodging price or offered to have maintenance come board it up. The fireplace just has a mesh curtain and it should have a glass insert in my opinion.

The bedding consisted of dark colored sheets which revealed several oil or grease looking stains on the fitted sheet and the comforter was a quilt that had stitching that was ripped in several places.

The shower curtain was too short and did not cover the length of the tub, the bathroom door did not have a lock on it even though this is a two bedroom cabin that you would likely share with others and no extra toiletries were provided other than soap, i.e. no shampoo or conditioner that you would expect with a luxury accommodation.

There were also several places very near the cabin that had poison ivy growing so watch
out!

Don't get me wrong, The Cinnamon Valley is a wonderful place overall and very close to Eureka Springs and way above average. My mom stayed at The Whitetail at the same time and her cabin was very nice. I think The Lakehouse cabin needs some updating to be at the same level as the other cabins on the property and I would not stay at that particular cabin
again.

Date of stay: May 2015
Would you recommend this hotel to a friend?   Yes.
Was this review helpful? Yes
This review is the subjective opinion of a TripAdvisor member and not of TripAdvisor LLC.
Problem with this review? Thank you. We appreciate your input.

Not only beautiful, but so relaxing! It has the best of both worlds...nature and peace and quiet..but also sooo close to town to enjoy shopping and other attractions. We enjoyed hiking from our cabin to the "rocks" as well as sitting by a fire having a glass of wine. And the hot tub was wonderful! We are already talking about a return trip.

Date of stay: December 2014
Liked least: narrow roads going in and out, but there were plenty of places for pulling over when passing if needed. This was really not a problem.
Traveling group: Spouse/Partner
Would you recommend this hotel to a friend?   Yes.
Recommended for:
Was this review helpful? Yes
This review is the subjective opinion of a TripAdvisor member and not of TripAdvisor LLC.
Problem with this review? Thank you. We appreciate your input.

The cabin itself is quite a ways back from the main road. It is very quiet. You are close to the other cabins but we did not even notice the neighbors. We have AT&T cell phone service and it was very spotty. Wi-fi was very good though. The cabin had very nice finishes. We found a nice bottle of red wine with 2 glasses waiting on the island. We only used one of the two bedrooms. I chose this cabin because stairs are hard for me. Great that everything inside was on one level. You can go in through the back door to avoid the two stone steps on the front porch. I was surprised to find that the hot tub - out back - was up a long walkway with stairs. It does have good handrails so I was able to make it up to the beautiful setting where the hot tub is located. We didn't do any cooking but it looked like everything you would need was there. The bedding was very nice. The bed was not quite as comfortable as I would have liked. My husband checked us in. There was a pouring down rain at the time. He thought it an easy and helpful check in experience. Check out was also easy. Enjoyed the porch swing. Great to get away from it all and enjoy the peaceful setting.

Date of stay: September 2014
Liked best: The cabin itself and the hot tub.
Liked least: The mattress.
Traveling group: Spouse/Partner
Would you recommend this hotel to a friend?   Yes.
Recommended for:
Was this review helpful? Yes
This review is the subjective opinion of a TripAdvisor member and not of TripAdvisor LLC.
Problem with this review? Thank you. We appreciate your input.

The cabin was great. I loved the location, right off the main road in Eureka and immediately in the woods. Drove down into a valley and by a lake then back up a hill to our cabin. Even with a cabin very close to ours, it was very private! Just a great location and relaxing.

Date of stay: September 2014
Traveling group: Spouse/Partner
Your age range 35-49
Would you recommend this hotel to a friend?   Yes.
Was this review helpful? Yes
This review is the subjective opinion of a TripAdvisor member and not of TripAdvisor LLC.
Problem with this review? Thank you. We appreciate your input.
Previous Next
1 2 3 4 5
Updating list...
Do you own a vacation rental? List it here.

Looking for a place to stay in Eureka Springs?
View all 115 vacation rentals