$190
$145
View deal
Booking.com$161
Expedia.com$161
Lol.travel$190
View all 13 deals
Prices are the average nightly price provided by our partners and may not include all taxes and fees. Taxes and fees that are shown are estimates only. Please see our partners for more details.
C9486IXdanc
Surprise, Arizona
266

Clean but needs a lot of work

Attended a two day seminar there and have to say I have stayed at better places. It was clean but needs a lot of work to bring it up to date This hotel was probably a very nice place to stay 10 years ago but has not been kept up physically. The conference room was nice but the internet connections were absolutely lousy.More

I'm sorry your stay at the hotel fell short of your expectations. We are scheduled for the rooms renovation this summer. We hope to see you again after that.

Report response as inappropriateThank you. We appreciate your input.
This response is the subjective opinion of the management representative and not of TripAdvisor LLC.
See all 277 reviews
Nearby Hotels 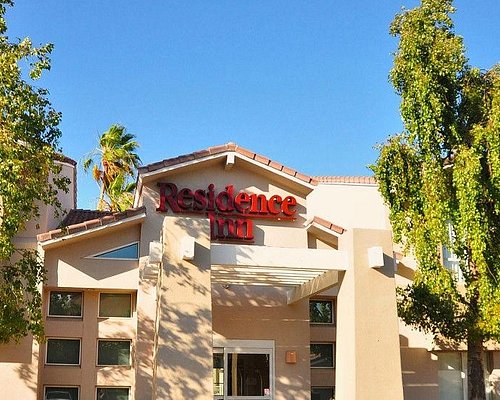 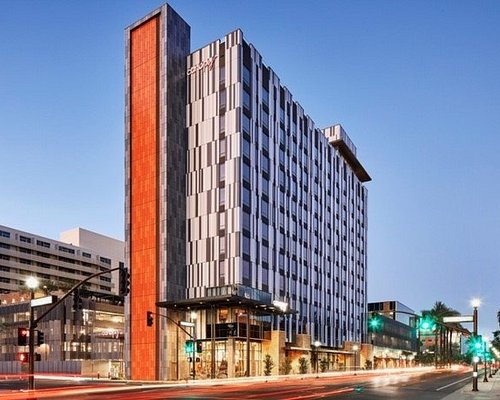 I've stayed at this particular hotel for the past 3 years, for an annual Motorcycle event. The staff are always welcoming, pleasant and helpful. This particular visit Jacqueline went above and beyond with allowing a friend of mine to check into my room prior to me getting there, after they experienced a horrible experience at a neighboring hotel Days Inn & Suites "bed bugs". So, I again thank you!

Thank you for the great review and mentioning Jacqueline. We hope to see you in 2018 for Arizona bike week again!

Report response as inappropriateThank you. We appreciate your input.
This response is the subjective opinion of the management representative and not of TripAdvisor LLC.
Sarah F
2
Reviewed April 9, 2017 via mobile
The lobby is really nice...

But our room was not. Obviously the money spent on renovations wasn't spent on the fourth floor. I'm always reluctant to leave a negative review when we use my husband's IHG points for a stay, because why look a gift horse in the mouth? But, if I got here and had paid cash money for the room, I would have wished someone had let me know the hotel isn't what it seems.

Dingy and old best describe our room. Lighting was dim--likely intentionally! The furnishings were shabby (and not in a good way!), the room smelled musty, and the bathroom was in major disrepair. It seemed like there were attempts to fix leaks from above, but the work was shoddy. The tub needed reglazed, the wallpaper was peeling off, and the carpet was a tripping hazard. "Updates" to lighting have left visible wall anchors with no attempt to cover them. Wifi was impossible to access, and I'm no tech dummy. I've never had the same problem at any other IHG property.

The nearby mall touts itself as high-end, but is actually a hodge-podge of outlet and close-out stores. Don't let the proximity of that "attraction" sway your decision to stay here!

The hot tub had an odd foamy substance in it, unlike any I have ever seen in any other hot tub. Perhaps it was a cleaning agent, but the water had an odor and felt greasy.

The staff was pleasant and accommodating, but that alone isn't enough to bolster my rating.

Unless you absolutely need to stay near a run-down Rainforest Cafe, I'd suggest to find something else.

I'm sorry your stay at the hotel fell short of your expectations. We are scheduled for the rooms renovation this summer. We hope to see you again after that.

Report response as inappropriateThank you. We appreciate your input.
This response is the subjective opinion of the management representative and not of TripAdvisor LLC.
NewMexBound
Framingham, Massachusetts
353333
Reviewed April 8, 2017
It's Just OK

The hotel was adequate, but nothing special. Rooms were large and well equipped, though could benefit from a modernization. The windows could really use an outside cleaning. The mattress was softer than I prefer. There was a small outdoor pool and jacuzzi. The fitness center is limited, with a 2 treadmills and a 2 workout benches. Breakfast was the standard fare at a Holiday Inn Express. Plenty of stores and restaurants nearby. It's a high traffic area, especially at rush hour.
Given the number of alternatives in the area, I would stay elsewhere next time.

Thank you for your review. We are scheduled for a rooms renovation this summer as well. We did renovate the entire lobby / breakfast areas, including the fitness center in the summer of 2016. It has a bike, elliptical machine, treadmill, bench, free weights and Pilates equipment. We hope you take advantage of that the next time you stay with us.

Report response as inappropriateThank you. We appreciate your input.
This response is the subjective opinion of the management representative and not of TripAdvisor LLC.
engk
Wauconda, Illinois
55
Reviewed March 30, 2017
Hotel Is Fine But Reception Was Disappointing

I was in the Pheonix area for business and decided to stay the weekend for vacation and use IHG points for my stay. The front desk person, Lilianna, was not very friendly or knowledgeable. Very unenthusiastic. Maybe she was just having a bad day as I see that another reviewer (sterlingrjones84) indicated how personable she was for their visit. (Earlier that day I checked out of the Hampton Inn Chandler that I used for business and the front desk staff there was so friendly and welcoming - quite a contrast)

I asked to have a room facing the parking lot rather than the road as I had some work to do in the evening and did not want to hear the traffic. She said that she thought that the room assigned to me was facing the parking lot but she wasn’t sure. I asked her if a particular restaurant was near the hotel. She didn’t know. I asked her if she was new or didn’t typically work at that hotel and she said that she just comes to work and goes home and doesn’t know the area. Isn’t it part of the front desk staff’s job to know the hotel and the area at least a little? I go up to my room and sure enough it faces the road, so I go back down and ask to change rooms. Not rocket science - even number rooms face the road and odd numbers face the parking lot. How does the front desk person not know that? My room was changed. The room was clean, however, my room has a strange stain in the bathtub. At first I thought it was blood but I think it was rust as I tried to clean it but the mark was etched in and could not be removed.

In the end the hotel is fine as all I need in a hotel is that it be in a safe area, be clean, have a reasonable price. Recommend that the hotel personnel at least pretend that they are happy to be there while interfacing with guests.

Thank you for your recent stay with us and reviewing our property. I am pleased to see your high rating with regards to the sleep quality. Please allow me to apologize for the experience you had with the service you received from our staff and the cleanliness of your room was not 100% satisfactory. Rest assured that your comments will be looked into and take actions accordingly. Thank you for staying and we hope you give us another chance to make your stay as best as it can be.

Report response as inappropriateThank you. We appreciate your input.
This response is the subjective opinion of the management representative and not of TripAdvisor LLC.
sterlingrjones84
Tempe, Arizona
22
Reviewed March 22, 2017
Delightful Reception and hospitality

Entering the recently renovated Holiday Inn Express I was greeted by two personable and professional desk agents named Jackie and Liliana, and was completely impressed with their courteous and welcoming demeanor. I would certainly consider staying after my visit with this chain at this location again, based solely upon the authentic kindness and passion for the roles of ambassadors by these capable ambassadors of the moniker. Thank you Jacky and Lilianna, you have reoriented my view of Holiday Inn.

Thank you so much for the glowing review and mentioning Jaki and Lilianna! We hope to see you again the next time you are in Tempe.