Arabella Hotel Sedona
7 people are viewing this hotel
Lock in the lowest price from these sites
$376
Free cancellation until 07/02/21
Reserve now, pay at stay
View deal
Expedia.com$376
Priceline$376
Hotels.com$376
Official Hotel$376
Orbitz.com$376
Travelocity$376
View all 20 deals
Prices are the average nightly price provided by our partners and may not include all taxes and fees. Taxes and fees that are shown are estimates only. Please see our partners for more details.
bucklebme59
Millinocket, Maine
6527

We chose the Arabella for our wedding guests in March. We negotiated a block room rate that was reasonable and offered rooms at 2 price points. The hotel is an older property, and our room needed some basic updating, but the rooms were very large, and had nice balcony seating. The staff at the hotel was extremely friendly, and overall, this was a very good experience.More

Thanks for leaving us a review! I'm glad to hear you enjoyed your stay. We do have plans to update the rooms. We should have all the bathrooms in the hotel renovated by the end of the year, but we can't get started until our busy season ends. We hope you'll stay with us again soon :)

Report response as inappropriateThank you. We appreciate your input.
This response is the subjective opinion of the management representative and not of TripAdvisor LLC.
See all 2,059 reviews
Nearby Hotels 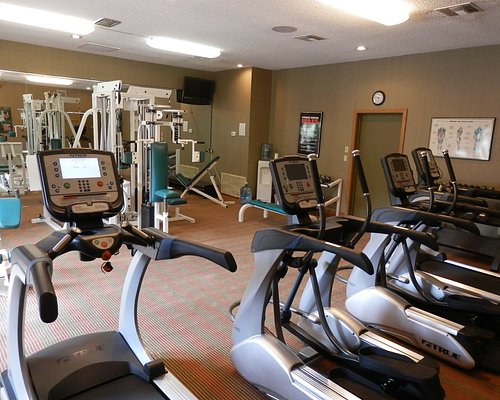 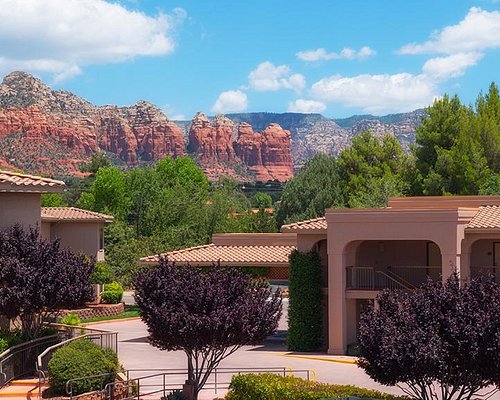 We were very disappointed. We spent a week long road trip through Arizona and opted for cheaper chain hotels for places in page and flagstaff and these $70/my la quinta and comfort inns blew this "resort"out of the water. We paid around $250/nt for this place and would not recommend it. 3 stars is generous. It is old/dated and does not have a resort feel. The staff was very friendly. It is in a good location. Those are the pluses. We stayed 3 nights and considered changing places it was so disappointing. The beds were just ok but nothing about this hotel seemed nice or luxury. It just needs major renovations. The bathrooms were so simple as were the floors, beds, etc. Honestly it would have been appropriate for $70/nt but wouldn't want to pay more. Breakfast was pretty good but got old after 3 days but that happens everywhere. I would highly suggest looking elsewhere! I do realize Sedona is a pricier option but this was just so disappointing. Have I said that enough in this review? Hmm...

Thank you for taking the time to provide your feedback. I am extremely disappointed to hear your frustrations with the hotel. If you would like to discuss your stay further, please feel free to contact me directly.

Report response as inappropriateThank you. We appreciate your input.
This response is the subjective opinion of the management representative and not of TripAdvisor LLC.
Tom D
Richmond, Virginia
7223
Reviewed March 16, 2017
Nice Stay with Courtyard View of the Redrocks

WE ended up staying here at the last minute to get an extra day in Sedona. It was a good decision. It is away from the main shopping areas, but close by to other nice retail areas. It give a whole different view than in the main hotel area in Sedona. The courtyard view is off the charts. The pool area is beautiful and they also have a trail in back of the hotel that leads up to vista views. On the trail you can ask for a gas fire pit to be lite and you can sit on your way up or down.

Room tip: Make sure you get the view of the pool courtyard facing the redrocks. That is the best view 2nd floor.
Ask Tom D about Arabella Hotel Sedona
1  Thank Tom D

Thank you for leaving us a review. I'm glad you chose the Arabella Hotel Sedona to help you extend your stay in Sedona. Our hotel is blessed with some of the best views in Sedona; I'm glad you experienced them. I'm particularly fond of our sunset vista with the fire pit. Since Sedona is an International Dark Sky community, we have incredible views of the stars at night. And our sunsets/sunrises are magnificent. We hope you'll stay with us again, soon! We have so much more for you to see :)

Report response as inappropriateThank you. We appreciate your input.
This response is the subjective opinion of the management representative and not of TripAdvisor LLC.
KJMH2013
Hudson, Wisconsin
1510
Reviewed March 15, 2017
Perfect spot!

There are so many things we enjoyed about the Arabella! The staff, the prickly pear cactus tea and infused fruit water in the lobby (also coffee & tea), the wonderful hot breakfast in a room whose windows showcased the morning sunrise on the red rocks, the two pools and soft music, outdoor seating areas with gas fireplaces, the Sunset Vista trail on the hotel grounds, nearby Marg's hiking trail, access to the Hillside Shops and a convenience store for our adult beverages and snacks, a great location less than a mile from Uptown Sedona and away from a lot of the commotion, comfortable beds, clean, clean rooms and public areas. We thoroughly enjoyed our time there. Highly recommended!

Thank you so much for your review! And thank you for highlighting our great location, our staff and all the amenities. It bring us joy to deliver a happy experience to our guests.
We are so looking forward to your return visit!

Report response as inappropriateThank you. We appreciate your input.
This response is the subjective opinion of the management representative and not of TripAdvisor LLC.
genealogygail
Cerritos, California
7425
Reviewed March 15, 2017
worst hotel experience ever

Not sure where to start, if it wasn't for Wes changing our room we would have been even more unhappy. On Wednesday 3/15 we went down for breakfast this was at 9:00 am and left the do not disturb sign on the door, when we returned there was a paper in our door saying they would not make up our room. We called and they said they would send someone, we told them we were going out and they could do the room, we came back 3 hours later, nothing was done, we stopped at the desk and the lady saw we had called and said it would be done, we came back a couple of hours laater, and it was done, but I had left a note for some bath soap and nothing was there. We then called to see if we need to take towels down to the spa and they said no, so we went down there at 4:30 and there were no towels. We then came back to shower and clean up and couldn't work the shower, all we got was tub water. The staff seemed to have an attitude that oh will come over Also we could not get the internet last evening, glad we are leaving here in the morning. This was supposed to be part of our 50th wedding anniversary

Thank you for taking the time to leave us a review. We appreciate the feedback.

Report response as inappropriateThank you. We appreciate your input.
This response is the subjective opinion of the management representative and not of TripAdvisor LLC.
ltlchristine
Long Beach, California
10532
Reviewed March 14, 2017
Great Place & Dog Friendly

The Arabella was a great hotel centrally located in Sedona. the property was well kept with outdoor spaces, pool and jacuzzi , with fire puts and seating areas and a small path to view the red rocks at sunset! They are dog friendly and have a enclosed area specifically for dogs to play and hang out with benches for the owners. Overall the property was beautiful, service great and would highly recommend!

Trip type: Traveled as a couple
Review collected in partnership with this hotel
This business uses tools provided by Tripadvisor (or one of its official Review Collection Partners) to encourage and collect guest reviews, including this one.
Ask ltlchristine about Arabella Hotel Sedona
Thank ltlchristine

Hello Itlchristine!
It is great to hear you had a wonderful experience with us and had a great time in Sedona! Indeed, furry friends are always welcome at our hotel, we even got our own lobby dog Bella that is currently going through a special training and will be able to greet all guests upon their arrival. We know that you it's hard to leave you best companion at home when travelling, so why not just bring them along to experience Sedona with you!


Report response as inappropriateThank you. We appreciate your input.
This response is the subjective opinion of the management representative and not of TripAdvisor LLC.
View more reviews
PreviousNext
1…167168169…