A wedding to remember!

We had our wedding at Plett Park three weeks ago. Having never seen the place until we arrived the day before, it was a bit of a gamble (especially as we were also flying 22 of our family out for the occasion!) - but the gamble paid off big time. This hotel gave us a wedding weekend we will never forget. We had the luxury of having the hotel to ourselves for three days as we took over all nine rooms. Every single staff member was so attentive without being intrusive, all the small details had been anticipated, the food was incredible, the hotel itself and views out of this world. Even the change of GM three weeks before didn't cause any problems - it just meant that we had two managers overseeing things on the day instead of one! Only down side was that it meant everywhere we stayed during the honeymoon felt like a bit of a disappointment after this!
Jen & Justin - Bristol, UKMore 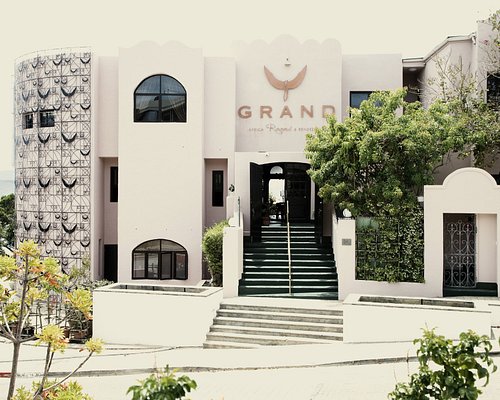 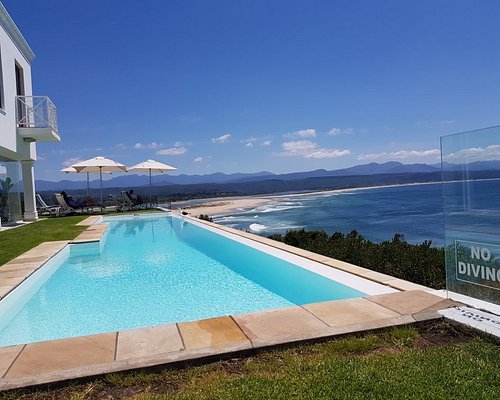 We stayed for three nights at Plettenberg park in February.

The reviews which say that the hotel is tired are accurate. It was clearly designed and refurbished about 10 years ago. As it is all very pale and white the furnishings in both the rooms and the central area are looking grubby, and in some cases are frayed and have holes in them - as the previoous reviewer noted - not particularly what you expect from a five star hotel.

The views however are amazing, and if you want somewhere to relax then this is the place. There is no cellphone reception at all at the hotel, the rooms are huge, and if it is cool you have a living flame fire in your room to cosy up to.

The pool is small and has no views. You also need to bear in mind that you will be nearly 5km from the nearest restaurant - so unless you want to pay for taxis (approx 200 rand round trip.) or drive - then you will be eating at the hotel - and when we were there that could have meant eating on your own one night.

I would not however recommend staying unless you are prepared to upgrade to a seaview room - it is the five star aspect to this hotel - without it the hotel would be seriously overpriced.

This review is the subjective opinion of a TripAdvisor member and not of TripAdvisor LLC.
Whatsmyname
South AFrican living in Dubai
213
Reviewed November 15, 2006
Beautiful views..

We got married and stayed a few nights at Plettenberg Park. It is located just outside Plettenberg. Upon arrival you have to make a call to the main building for them to open the gates for you. The views are spectacular. Our room was nr:210, the honeymoonsuite. Decor is all wood and white linen with african and a bit of asian influence. The is no cellphone reception available at the hotel's location,so your sort of cut off. There is however a regular phone that you can use in your room. We stayed 5 nights and never did the chef discuss our dinner options with us as mentioned on their website. Dinner was magnificent though. Their breakfasts are also very nice. We used the jacuzzi and staff lit candles for us,but we never got any sparkling wine (as mentioned on website). Staff are all very nice and eager to help whenever. The only thing that bothered me once was when we came back from a day of sightseeing and had to call to the main house to open the gates,nobody answered. We were stuck outside the gates for 15 minutes and very tired. We eventually called a farm nearby that also shares that gate and informed them we are hotel guests and nobody is answering the phone.....Another thing about the hotel is that the condition of the furniture is not the best...In the reception area there is a chair where the springs are literally hanging out from underneath it and in the lounge area the chairs have big brown stains and burn marks on them. You have to be 100% blind not to see it. Not very five star. We enjoyed our stay there but would not give this hotel 5 stars. It was highly overpriced for what we actually received. I have stayed in many 5 star places and I feel Plettenberg Park has potential but it needs to pay attention to detail and keep up with promises.

This review is the subjective opinion of a TripAdvisor member and not of TripAdvisor LLC.
Ardbroilach
Oakville, Canada
5768
Reviewed October 9, 2005
Killer views

Stayed 2 nights at the end of September. Had the corner room on the upper floor, overlooking the ocean. Even our shower had a view.

Our room was outstanding, breakfast on the terrace was lovely and the location is truly memorable - just a shame the dinner we had failed to live up to its pretensions. The chef obviously has high ambitions without the skill to match.

That said, we'd be more than happy to go back and just go for dinner somewhere else in Plett.