Orbitz.com
eDreams
FindHotel
View all 15 deals
Prices are the average nightly price provided by our partners and may not include all taxes and fees. Taxes and fees that are shown are estimates only. Please see our partners for more details.
barbriwaka
Wodonga, Australia
86

We did a day tour yesterday. Cost was $140fjd. We caught the ferry over at 7.30am so we could enjoy the day. The resort is definitely catered well for the children and families. We swam in ocean and every pool. I had a snorkel was not good at all. No coral in that front section hardly any fish. The inflatable stuff was a bit of fun. I have to have a whinge. I walked to the shop near water sports area bought fiji bottle water cost $13. The same water at the cafe bar where u can get coffee shakes etc was $6.30. Annoying such extreme price differences. You have to purchase a cash card at reception as they don’t take cards or cash when buying stuff, u get money back when u return card.
Our day trip cost came with lunch which we ate at the new restaurant Tavolo Cafe it’s where the new marina area is and swimming pool. The service was sooooooooo slow. But the food when it came was very yummy. We got a soft drink, main and dessert. We all enjoyed the food .More 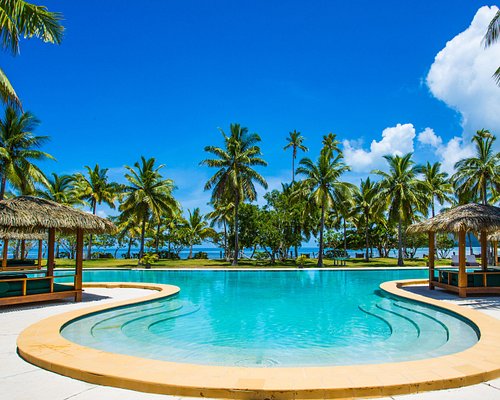 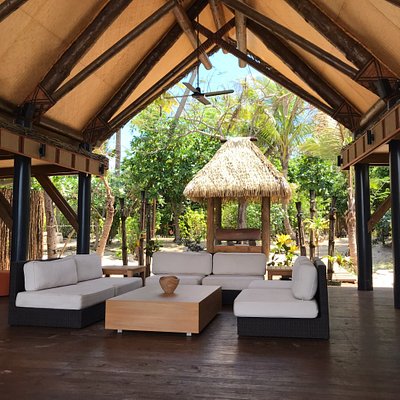 The island is absolutely beautiful, beaches amazing. The facilities are good/on par with 3 star rating, pools were good except kids pool had large upward pointing exposed bolts underwater where a hand rail had been removed...Safety concern definitely.
Food was lovely at Tavola and quite good at Black Coral.
We found 8 out of 10 staff were quite miserable, more so than any other resort we have stayed at in Fiji (we have stayed at Castaway, Mana, Warwick, Intercontinental) they would avoid making eye contact so they didn’t have to say Bula (can’t really blame them though it would be annoying saying it a million times a day), when being served in the shops, reception and restaurants they could be quite rude and looked annoyed by your presence. This has to come down to company culture. There were however some truly lovely staff in Black Coral and Tavola restaurant...perhaps they are nicer environments for the staff.
The big negative that would stop us from returning is the obvious cross contamination/hygiene concerns. We had read about the sickness going around the island since May, so we were prepared with sanitisers and extra careful hygiene- avoided buffet, sanitised our hands a million times a day etc. But 3 out of 4 of us still got the bug, terrible stomach pains and my 4yr old son was very unwell. We talked to multiple families on the island and at least 8 other families had experienced same and knew of others who had as well. One elderly lady we spoke to was given antibiotics from the medical centre on the island for her stomach cramps, we thought that was strange. Management will respond to this review and similar reviews with attitude saying no one reported to the medical centre with virus so it must be ‘exaggerated’...we didn’t bother as what help can a nurse give for stomach bugs?! Either this bug is caused by extremely minimal contact with the water....they state it is safe to brush your teeth with it or it is a gastro bug that just goes around perpetually due to the poor housekeeping cleaning standards...just a sweep and wipe over, toilets smelt SO strongly of urine. The housekeepers have a little trolley and it seemed likely they used the same cloth from room to room (aka toilet to toilet). The beds do not have a waterproof mattress protector, just a fabric one, so imagine the diarrhoea, vomit and urine they have soaked into them with a bug being on the island for this long, poor housekeepers!
In reading reviews I also noticed when there was a negative review (such as mine regarding cleanliness)
that someone would do another review immediately following it discounting the negative points in the previous review...hmmmm.

This review is the subjective opinion of a Tripadvisor member and not of TripAdvisor LLC.
DebnGrant
Mosgiel, New Zealand
3819
Reviewed October 27, 2019 via mobile
Great place for families but not for a wedding

Coordinated a family wedding (38 guests in total) and whilst the resort is great for a holiday and the nannies are fantastic, I couldn’t recommend it for a wedding if you are an attention to detail person and expect your requests to be actioned. Lost lost bags, wedding cake issues, seating arrangements and table setting requests, and welcome letters not delivered, music system compatibility ... our level of trust that they can do what they say will do is completely blown out of the water. And no apologies given plus an attitude of ‘no responsibility’ by the wedding planner. Not impressed ... try another resort is my suggestion.

This review is the subjective opinion of a Tripadvisor member and not of TripAdvisor LLC.
Wonderone1
Efate, Vanuatu
63
Reviewed October 26, 2019
Quite different

We have been to Plantation around 8-9 times over the past 25 years so must like something about it. But the recent redevelopments have changed the dynamics a bit. It's now spread over a much longer distance with the new meet-greet building and restaurant at one extreme end of the resort. Previously there was a focal point at the old copra restaurant where everyone went, got the welcome singing, notices and farewell, got a drink from the bar and watched the torch lighting. That's effectively gone as that restaurant only does buffets (which doesn't suit everyone), no ala carte, so guests are spread elsewhere (at nice restaurants) so miss out on the social side.
Staff are still fantastic, and as usual there were a mix of things that worked, and things that will be fixed tomorrow (or the next day..). New Hotel rooms are 5 Star, although sometimes a little noisy from stragglers walking past. Obviously these are at one extreme end of the resort so you have to beat the feet if you want activities.
Still the bees knees for kids

This review is the subjective opinion of a Tripadvisor member and not of TripAdvisor LLC.
GloriaDouch
21
Reviewed October 22, 2019
Awesome place!

My 13 yr old daughter and I visited for 12 days and had the best time ever! We didn't get hung up on how much the food was (I had read a few reviews about how expensive it is). You find ways around making it a bit more manageable. There's a general store at Musket Cove resort so you can pick up cereals, milk, bread, spreads and fruit there. The staff are wonderful and so welcoming. There's a lot of people there who don't get recognised for what they do to make your holiday more enjoyable. Take a second to thank the men and women who sweep and mop the tiles, clean the pool, keep the grounds tidy, clean your linen and rooms etc. There's loads of activities and the snorkelling is absolutely fantastic! Go parasailing and do a jetski tour if you can...you're in Fiji, so make the most of it. Vinaka vaka levu to all the team at Plantation Island Resort, we'll definitely be back!

This review is the subjective opinion of a Tripadvisor member and not of TripAdvisor LLC.
Shezam
Sydney, Australia
5064
Reviewed October 11, 2019
Great family holiday

Our family travelled at the end Sept/Early October and we stayed in the newly built hotel style rooms.They are fantastic! We had a ground floor room with a patio out the front and best of all was that its only a few short steps to the beach.

We always enjoy our time here and this was no different. The staff are always very friendly and helpful. There are lots of dining options - Black Coral is lovely when you tire of the buffet.

My daughter is gluten free - we met with the head chef who was very helpful and while they do have a lot more options especially at breakfast time than when we visited 2 years ago, I would still really recommend that you bring your own gf bread as the locally made bread doesn't compare in taste or texture to the store bought one.

Come along, relax and set your watch to "fiji/ island" time and you will have a great time.