Trip.com
Snaptravel
Priceline
View all 8 deals
Prices are the average nightly price provided by our partners and may not include all taxes and fees. Taxes and fees that are shown are estimates only. Please see our partners for more details.
harobbyza
Kuala Lumpur, Malaysia
89

See all 172 reviews
Nearby Hotels 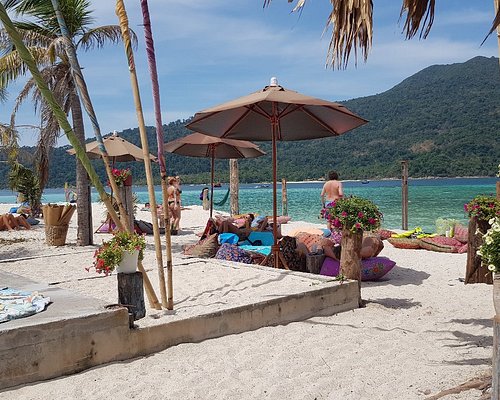 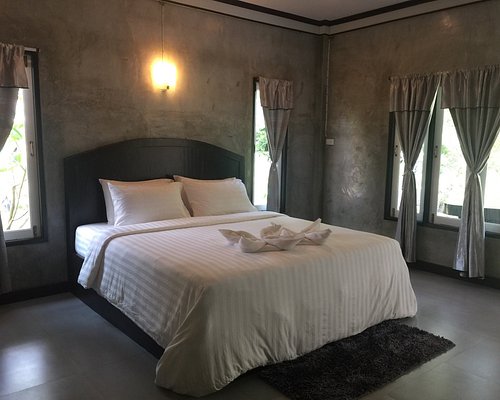 This really is a sticking option to stay at. Expect no service whatsoever. They have a concrete set up on the main beach with staff that really are quite useless- especially those on reception, and at their beach bungalows on the other side, the toothless miserable old manager who collects the money just walks around clicking his fingers making 'money' signs at you demanding payment with no courtesy or manners. It is clear that these guys are just in it for the money - a shame when such a wonderful spot. A lovely island, but a hell of a lot better places to stay. Avoid!

This review is the subjective opinion of a Tripadvisor member and not of TripAdvisor LLC.
junkopile
Malaysia
43104
Reviewed February 21, 2012
Varin Koh Lipe

not all the room beach front, need to speak slowly with their staff due to language barrier

but overall no problem..

This review is the subjective opinion of a Tripadvisor member and not of TripAdvisor LLC.
Jakob_DK75
Aarhus, Denmark
15
Reviewed February 2, 2012
Rude staff who hardly speaks english

Location is good. We stayed 6 night in aircon bungalow, which is ok, even though we checked in with a dead cockroach in the shower.

We first booked a fan room, which is way to expensive for the standard, which is very poor!!

The staff in the reception is very rude, and don't know anything about service!! They hardly understands or speak english, or else they don't want to...

Breakfast is very poor... Stay there for the location, and thats it..

This review is the subjective opinion of a Tripadvisor member and not of TripAdvisor LLC.
ladymerry
Ho Chi Minh City, Vietnam
816
Reviewed January 2, 2012
Good location, terrible service. Not worth staying here!

I've never given a hotel or hostel a bad review before, but this place really deserves one. We arrived in Koh Lipe just before New Year's Eve and took a room here out of desperation, as everything else was either booked out or very overpriced. They charged us 900 baht per night for a fan only room, which turned out to be the worst we'd ever stayed in. The room was ugly and tiny (the bed took up almost all of it), there was no way to flush the toilet (no handle or button, we had to use a bucket filled with water to flush it) and the walls were nothing more than light partitions between the other rooms. The shower was cold with smelly water and the sink was close to falling off the wall. I could hear people farting in the next room and could even hear someone turning pages in a book! The closest description of the room is that it was like staying in a small and very ugly caravan. We're not fussy people, but there's a limit to how bad a cheap room should be. The air conditioned bungalows were also small, but looked much nicer and were detached. They were charging 2,500 baht a night and nice as they looked, they were not worth that price. They also charged for facilities that would normally be free, such as wifi (300 baht per day) and clean water. You had to make a special request before 10 am if you wanted your room cleaned and they refused to give us fresh towels, even though we were there for 4 days.

We knew we'd only be sleeping in the room so we put up with how nasty it was, particularly as everything else was at least 3 times the price, but our worst experiences by far were with the staff. The reception staff in particular were incredibly rude. When I asked them for our breakfast vouchers on the first morning, they stood there giving me dirty looks for a few minutes, before grudgingly handing them over. They refused to help us in any way throughout our stay and even went so far as to accuse us of not paying for our room when we were leaving! They refused to return my boyfriend's passport on this basis and were really horrible in the way that they spoke to him. Once they found their copy of the receipt and realised their mistake, no apology was made. We were also abused by 2 staff members for going for breakfast at 9.50 one morning, because breakfast stopped at 10, even though they had served until 11 the previous morning. We'd understand if they had to make something especially for us at that time, but it's a buffet! We were able to take our breakfast because it was still within the time frame, but they seemed to just want to give us hassle for the sake of it. We were respectful and polite towards them at all times, so there was no need for their behaviour. The only good experience we had with staff was on the morning we left - it was raining and one man came to our room with an umbrella and sheltered us as far as the reception area, so we could bring our bags out without getting soaked. He was very sweet and polite - it's just a shame about everyone else working there.

Overall, it was in a good location, but the room and service were not worth the money. I would never go back there again, even if they offered us a free stay! Unless you get a very good deal on an air conditioned, detached room and avoid the staff entirely while you're there, I'd recommend going somewhere else.

This review is the subjective opinion of a Tripadvisor member and not of TripAdvisor LLC.
Kagerfef
3
Reviewed November 13, 2011
Varin decent resort and great deal in November if you can barter

We have been staying at varin for the last 5 days and very pleased with our aircon room and the service overall. Beer is the cheapest for a resort or restaurant we have seen, and we were able to barter our room rate down to 1200 baht a night down from 2000 when we booked for several days straight and skipped the included breakfast (which I can't recommend, a buffet is not near as nice as the food stalls or restaurants located right near the walking street 30seconds away.)

Lunch and dinner served to order is very good however, we recommend the indian curry (not too hot!). It is our favorite.

We love lipe and had an amazing 3 days of diving with ocean pro right beside varin on the beach. As always don't leave valuables in your room, we always carried cash on ourselves or there is a safe at front desk. No issues with theft while we were here.