Usefull hotel for a late check in, near... - Pailyn Phitsanulok Hotel

$56
$14
View deal
Free cancellation until 10/01/21
Priceline$18
Travelocity$56
CheapTickets$56
View all 12 deals
Prices are the average nightly price provided by our partners and may not include all taxes and fees. Taxes and fees that are shown are estimates only. Please see our partners for more details.
Patrick F
Manilva, Spain
2412

Usefull hotel for a late check in, near railways station

The hotel is 20 minutes peacefully walk from the railways stations, which is very important if you come with an late night train.
No taxi , nor tuck tuck....
Rooms confortable for the price and the time I spent.

Free shutle during normal hour, to bring or to pick up you, from railways or bus station

See all 74 reviews
Nearby Hotels 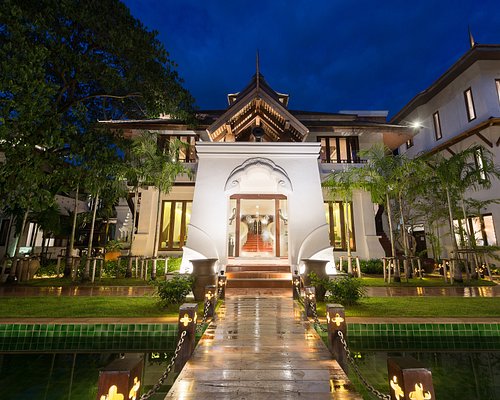 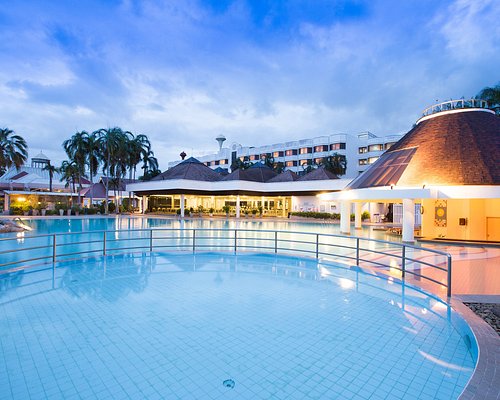 Expedia.com
View deal
Pay up to 12X
Hotels.com
$43
Trip.com
$39
Priceline
$45
View all 11 deals from $39
48 reviews
4.8 miles from Pailyn Phitsanulok Hotel
We compared the lowest prices from 11 websites
The Viewpoint Hotel
$18

stayed here for 2 nights before flying to Phuket- close to night bazare (market) and some nice sights to be seen at night. BUT totaly confused by the hotel band "Louis and Brothers" They sounded like a musical Kermit Frog! Food wasnt great, but reflected in prices. All in all, a good place to rest if your looking to see as much of Thailand as possible. We were awaiting our baggage being returned from Airline, and hotel staff were good in assisting us track down the lost luggage. all in all id say 8.5/10 FUNNY Band though, id give them 10/10 for humor and effort!!

Room tip: try get room looking onto night bazare for nice views, BUT very noisy when stage is built up for midweek shows of Ladyboys and talent contests. 9th floor was GOOD!!
Ask firsttimeaway about Pailyn Phitsanulok Hotel
Thank firsttimeaway

This review is the subjective opinion of a Tripadvisor member and not of TripAdvisor LLC.
Mlinaqetu
Brighton, United Kingdom
4149
Reviewed December 17, 2011
Huge room, big bed and great balcony views

The hotel is quite big and located within walking distance of the train station. It is close to shops, and laundrettes. It is a tad dated in it's décor, styled in the 1970's, but other than that, this place is good for a couple of nights.

Our room was surprisingly big and the bed was huge. Having a balcony was great and the views were fantastic. We had cable TV with loads of international channels, a fridge, free water and a decent en suite bathroom.

We ate in the restaurant for our evening meal as well as for the included breakfast. The food was ok, it was decent quality and filling. The 'western style' food was a little odd, so I'd stick to the Thai dishes! We had a couple of cocktails which were good though. The waiter wasn't very friendly, but the breakfast staff were.

There was a disco going on in the evening when we were there so there was a bit of noise, however it looked ok if you were wanting to let your hair down!

We took the hotels minibus to the bus station, it was offered to us when we asked where to go to hail a taxi. We got ripped off by the price - so it's advisable to catch a taxi/tuk tuk from outside the front of the hotel.

This review is the subjective opinion of a Tripadvisor member and not of TripAdvisor LLC.
tilliedwars
Zaandam, The Netherlands
617
Reviewed July 21, 2011
First and last time!

I've slept on several hotels/guesthouses all over the world! This was the most dissapointed one till now and i've seen a lot. I'm not that picky!
First i had to laugh about the room, but then;

-no hot water from the shower
-blood on the fridge (mini bar)
-the airco was more like a heater
-all beds in Thailand were not that comfortable, but this was the worst! It was very hard, if you were sleeping on the ground.
-The hotel was almost empty (like a ghost hotel (that was the nicest part)
-The staff hardly speak English

We asked if they could do something about the hot water. The only thing she said was : there working on it.... Both nights no hot water.

At 1 o'clock in the night, i was through with it, and went downstairs to the reception. They gave us a better room with airco, but also without hot water. The bed was a bit better and we had lot of furniture :D

It's better to stay in a guesthouse!!!!!

This review is the subjective opinion of a Tripadvisor member and not of TripAdvisor LLC.
English-italiano
Ravenna
62
Reviewed June 3, 2011
Faded and yellowing but cheap and ok for a night or two

We stayed here as we had been recommended the train as a means of getting up to the ruins of Sukhothai from Bangkok and the nearest town on the train line is Phitsanulok. We did some research into hotel options in the town and we came to the conclusion that we would have to 'rough it' for the two nights we were here. And rough it we did: yellowing and stained (and not clean) headboard, slightly stained (though clean) sheets, badly stained and worn towels, a thin film of dust everywhere, not enough electric points and 'old style', a general 'falling apart' feel to the place... staff often uncommunicative, lift doors with no sensor (just make sure you don't get stuck in them, very painful). Everything is old, out-dated, there is the idea of a past era of glory which is long gone. Catering for tourists arriving in bus loads and leaving early the next day (therefore breakfast and check-out horribly chaotic). They gave us a room with twin beds when we had requested a double, so they had to change it - not a problem as they had lots of empty rooms, just incompentence. There was no in-room safe (which there should have been), we didn't see the pool, no internet access, we had the impression that the door service was only for tips, only Thai TV channels, the shower was over the bath (but at least it drained!) The man at reception was helpful and the laundry service was cheap and efficient, so there were some plus points. I would say if you need to stay in Phitsanulok you'll probably find this is the best value for money, but if you're here to see Sukhothai I would advise against the train/Phitsanulok part. Thai trains are simply a waste of time. Dirty, uncomfortable long journeys where you have no choice regarding 1st/2nd/3rd class - they run according to the time of day. ie, first class at night, 2nd class in the afternoon, 3rd class in the morning. As a result we had to travel third class - it was practically free as we paid the equivalent of 72 cents for the two of us to travel for hours but it really was hours - 11 hours of no air-conditioning, black dust flying through the air, no usable toilet... We met others who'd taken the bus up from Bangkok, which, as long as you travel in the daytime is a great option. Clean, safe, reliable, cheap, air-conditioned, civilised and still full of Thais so not just for Western tourists, and, most importantly, will take you directly to Sukhothai where you can find infinitely better accommodation than in Phitsanulok and be so much closer to the absolutely fantastic historical park of Sukhothai. All round a much better option!

This review is the subjective opinion of a Tripadvisor member and not of TripAdvisor LLC.
vikki_richo
Melbourne, Australia
2113
Reviewed March 12, 2011
Great place

I stayed at the Pailyn Phitsanulok for a few days in December 2010 during my travels across Thailand. I thoroughly enjoyed the experience and thought the staff were just lovely. The hotel is within walking distance of the Nan River, myriad of food stalls and Phitsanulok markets. A very pleasant experience indeed.