A loo with a view - Sofa Gallery Hotel

$26
View deal
$26
$25
View deal
FindHotel$26
eDreams$25
CheapTickets$26
View all 11 deals
Prices are the average nightly price provided by our partners and may not include all taxes and fees. Taxes and fees that are shown are estimates only. Please see our partners for more details.
Polothecat
London
4954

A loo with a view

This is a small clean guest house run by friendly and helpful people and rooms have a view of a delightful fish pond, garden and the Mekong.
Unfortunately anyone in the garden can have a view of you in the shower or on the toilet.
It's bizarre. The room itself only really has a bed. The toilet, washbasin and shower are all open plan on the room's terrace. Unless you take care to fully lower a large canvas blind these bodily functions can be on display to anyone in the garden.
Even if you have lowered the blind with two of you in there its impossible for one to sit on the terrace (and there's nowhere else to sit) while the other uses the toilet in privacy. A simple screen would solve all these problems.
Also note that whatever maps may say the hotel is not opposite Nong Khai station as this moved some years ago to near the Thai end of the Friendship Bridge and the line into Laos.More

Show less
Room tip: Only 'riverside' rooms get the Mekong view but the others look out over a pleasant front garden.
See all 41 reviews
Nearby Hotels 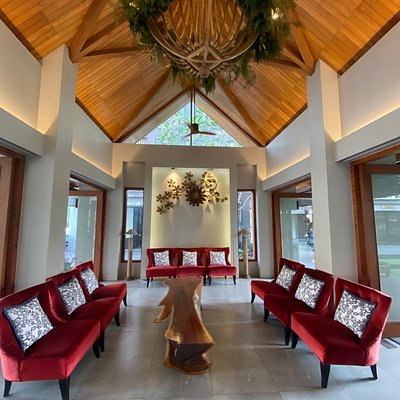 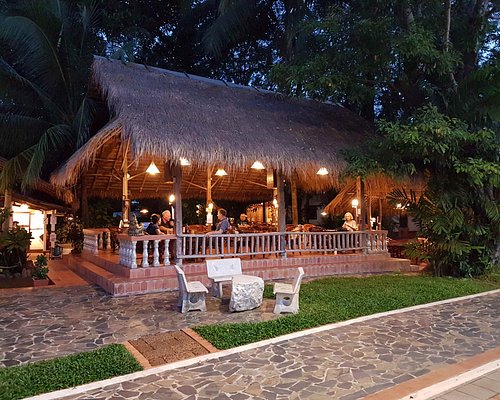 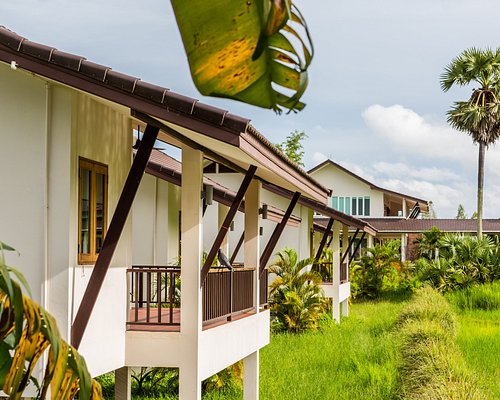 I stayed at this hotel in December 2012, the room is OK clean and comfortable.It is suitable for one who need relaxation because there is no TV, books ,newspapers and magazines. It is very quiet far away from market and communities. We can take Tuk Tuk to Nongkhai town about 2-3 km. The Friendship bridge between Thailand and Laos PDR is in walking distance. If you like the quiet small resort with nice view of Mae Khong river and beautiful garden I suggest this resort, don't forget your favorite books!!!

This review is the subjective opinion of a Tripadvisor member and not of TripAdvisor LLC.
cornish-scrumpy
Truro, United Kingdom
142218
Reviewed November 17, 2012
Riverside hotel

great views from this hotel. it is quite small and a good 15-20minute walk from town (or Friendship bridge to Laos) , Rooms were ok , breakfast was good and right on the river which was nice.

I would recommend at night if coming back from Nong Khai town to take a tuk-tuk as its a dark busy ride with dozens of dogs waiting to take a chunk out of you as you walk back.

This review is the subjective opinion of a Tripadvisor member and not of TripAdvisor LLC.
Pat W
Sydney
314
Reviewed September 4, 2012
Amazing views, great people, pretty gardens, no parking.

We visited Sofa and were incredibly happy with the services and the beautiful art and gardens in the space. The views from the upstairs rooms of the Mekong River are amazing and the staff are incredibly friendly. I really liked the outdoor/indoor bathrooms, but they might be a little surprising for some people who are expecting something different. There is no real parking spots for the hotel (there is a small lot further down the road that works) but apart from that the hotel was great.

This review is the subjective opinion of a Tripadvisor member and not of TripAdvisor LLC.
CatherineS461
Phuket, Thailand
32
Reviewed July 21, 2012
Serene Sofa

My husband and I spent 2 nights at this lovely guest house. The guest house is very rustic in appearance and has been beautifully decorated in traditional Thai furnishings. The owner has added his artistic touches and we felt very at home and peaceful there. The service was excellent and we can highly recommend it as a must stay place in Nongkhai.

Room tip: There are only 5 rooms so it is a small, intimate guest house and we had our choice of rooms as there were no other guests at that time. We chose a river view room however the garden view rooms are just as nice.
Ask CatherineS461 about Sofa Gallery Hotel
1  Thank CatherineS461

This review is the subjective opinion of a Tripadvisor member and not of TripAdvisor LLC.
lshapspro
Stockholm, Sweden
197252
Reviewed July 15, 2012
Quite a shock upon arrival

Upon arrival I was shocked at the location and appearance of the hotel. I expected something must more secluded and elegant. This hotel was directly off the main road with quite a lot of speeding traffic. The hotel is smaller than a boutique, if such a hotel exists. From what I could gather, there were only 3 rooms! The first night of two was spent in cheaper room and the second in one that costs 400 baht more per night with a great view of the Mekong River. Perhaps younger guests would not mine but being older I really like to have order, which in this case means putting away all my clothes in closets and drawers. However, these rooms had no drawers at all and an extremely small area to hang up clothes- with 2 persons and 1 being a female, this meant living mostly out of our suitcases for 2 days. The bathroom was also quite impractical and I never felt comfortable with it. In addition, the water never became really warm and the water’s force was weak. Another issue concerns mosquitoes, especially in the room facing the river, where it was impossible to fully close the door leading to the balcony (and bathroom). Finally, the air conditioning, although working adequately, made a good deal of noise. The staff (2 people) was very friendly and helpful. Thanks to the staff, I was able to get a tuk tuk driver to take me to a travel agency to get a mini-bus ticket to the Udon Thani airport for my return to Bangkok/Chiang Mai. The breakfast, as might be expected, was limited. Somewhat unusual, was the fact that the staff sat down with us asking what we wanted for breakfast the next day, including the exact time we wanted to eat! I would recommend this place to people who do not require 4-5-star amenities. The other irritating thing is that we were outside of the town and felt isolated. We ate at the same restaurant 3 times as it was the only one we could find in walking distance. I think this hotel is doable for younger people or people without needs—but me, I’m old and want some luxury when traveling.

Room tip: Take the rook facing the river, but then there is the risk of mosquitoes.
Ask lshapspro about Sofa Gallery Hotel
3  Thank lshapspro