My Favourite Place in Thailand - In Touch Resort & Restaurant

My Favourite Place in Thailand

Staying here with my boyfriend throughout our month long trip to Thailand, we LOVED it. Rooms were spotless and staff very helpful, the beach it is set on is amazing. We had booked a fan room but when we arrived we realised we wouldn't be able to stick the heat so we moved to a air con room without any hassle. We didn't even have to pay the difference until we checked out which I found quite nice and trusting. A lot of places we stayed seemed to only care about the money that was handed over and not the guests, this was not the case here. The resort is located in a quite part of the island which suited us, a couple travelling together. Food is great too.More 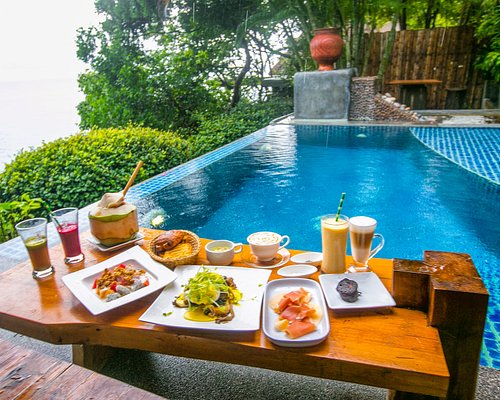 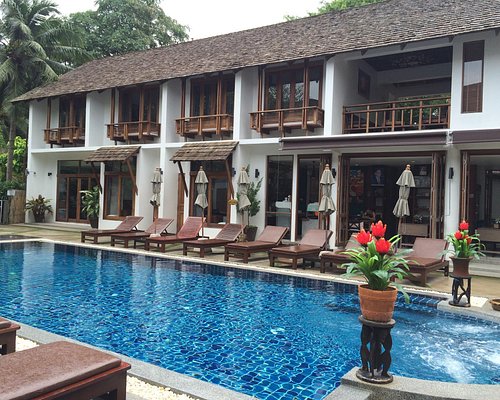 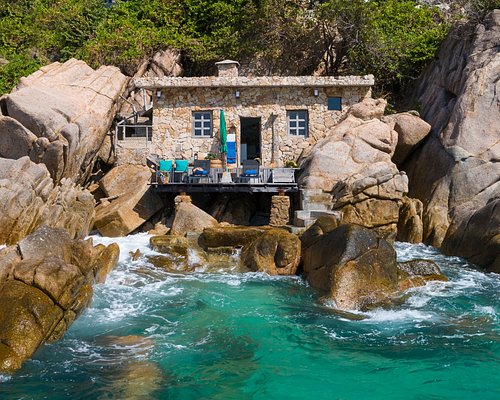 Loved it here. The resort sits on the quiet south end of Sairee beach, walkable both to the main town and Mae head.

The rooms are clean and classy and quite a good value.

Western breakfast items weren't great, but their Thai food was EXCELLENT. Seriously, the best pad Thai, green curry and spring rolls of our entire 3 weeks in Thailand were all found here at this resort!

This review is the subjective opinion of a TripAdvisor member and not of TripAdvisor LLC.
JoMe22
Antwerp, Belgium
21696
Reviewed February 4, 2014 via mobile
Lovely resort - great location

I've stayed for 3 nights in In Touch resort with my boyfriend. We had a lovely stay there. Although there are constructions going, we knew that by the reviews before we booked, it is not that annoying. We booked one extra night, and we'd book more if the rooms weren't full. It's very good located, nearby the center of sairee, the place to be for travellers. But still you are far away from the noise to have a good sleep. The restaurant has very good thai food and also a friendly staff.

This review is the subjective opinion of a TripAdvisor member and not of TripAdvisor LLC.
Zoubeir87
Rotterdam, The Netherlands
1743
Reviewed January 30, 2014
Terrible service. Don't go to this place!

The Bungalow is in maintenance, so it did not look so good. The bathroomdoor was not so high. It was like 1.75m. I bumped my head 3 times when I tried to enter, just because I had to remember again that the door was not high enough. I asked the lady at the reception if they have an iron. She looked at me like I asked a stupid question. She even did not answer me. I had to ask her again and than she said screaming with a dirty face "NO". I thought, what the hell is going on?

One day later, I went to the reception again, to ask for the Wifi code. She said: "It is the same as yesterday". I said to her that I did not get any Wificode yesterday. She said: "I saw you texting on your phone yesterday". I said, texting on my phone doesnt need the internet. It is also non of her business what I was doing on my phone, the only thing I want to know is the Wificode. How hard can it be to just give it? She screamed at me that I have to go to the restaurant and ask them there.

I went to the restaurant for some breakfast. There were a lot of workers, but still I waited for 30 minutes or more just to get my menu. Nobody gave me the menu so I grabbed it myself from their desk. When I wanted to order some food, the workers don't even try to come to you. You have to go to them. When I called a worker to order food, he was like 20 meters away and he was like "what do you want?". Is that normal in Thailand? To order food when the worker is 20 meters away from you? He did not try to come to the table and ask you there. It was so rude. Later on, when I wanted to pay the bill, they also dont come to the table. You have to go to their desk yourself because the workers are so lazy. I would not go back here. There are a lot more placed on the island where the workers are a lot more nicer.

This review is the subjective opinion of a TripAdvisor member and not of TripAdvisor LLC.
jonpaulm35
9544
Reviewed January 20, 2014 via mobile
Good spot, just needs better showers

4 nights here in Jan 2014. Lovely rooms , we stopped in the superior delux and for the price you get a lot of space for your money. Only one downside is the showers are very weak. Apart from that it's a 10/10 from us and plan to be back early 2015 for a week here. NB, food is also amazing and well priced too.

This review is the subjective opinion of a TripAdvisor member and not of TripAdvisor LLC.
Serhii K
Kyiv (Kiev), Ukraine
54
Reviewed January 19, 2014
Really nice place to stay :-)

If you want to find a quiet hotel and be close to the restaurants, shops etc. it's place for you. In addition to this it's cheap. The rooms are clean, the meals are tasty, the staff is friendly. The beach is perfect for mums&kids and for snorkelers as well. Really nice place to stay :-)

This review is the subjective opinion of a TripAdvisor member and not of TripAdvisor LLC.
View more reviews
PreviousNext
1…343536…100