$57
$26
View deal
Expedia.com$57
Priceline$32
Hotels.com$57
View all 12 deals
Prices are the average nightly price provided by our partners and may not include all taxes and fees. Taxes and fees that are shown are estimates only. Please see our partners for more details.
gili m
Tel Aviv, Israel
512

When we arrived at Koh Tao we looked for a nice pampering place to stay in. This was not a good choice - the service was bad, the atmosphere was worse. we left after one night. Although the rooms are large and clean, the place is not well maintained and the staff does not seem intersted in the providing service.

See all 570 reviews
Nearby Hotels 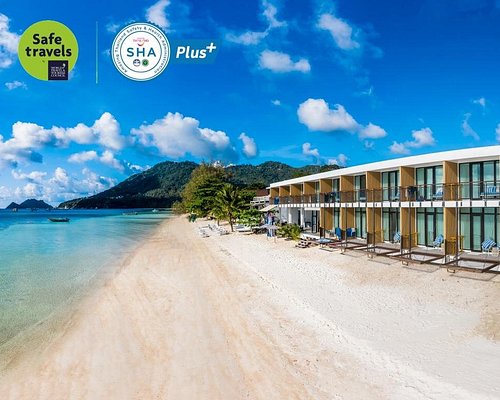 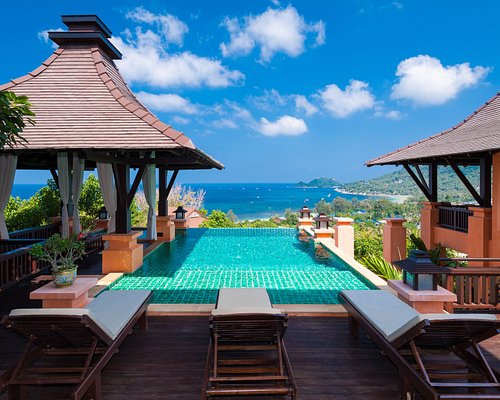 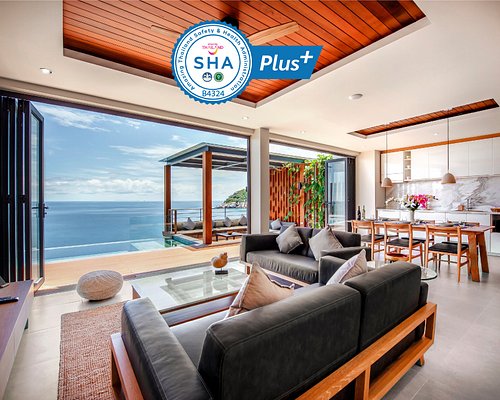 Thailand is known for the service with a smile. You are definitely not going to find it here. I find the staff rather rude and have no service attitude whatsoever. I had to haul my own bags all the way to the room. This is not what I expect especially when I am being charged USD100++ a night. I booked the Sea view deluxe room... And the sea view is rather misleading. U can only see the sea when u are standing close to the edge the balcony. I am not sure that qualify it as 'sea view'.

Not withstanding the above, the room is quite nice. After all it is USD100. Which is a tad high for Koh Tao standard. The fridge and few of the lamps was not working. They did take care of it after my complaint.

The "free wifi" is only free in the public area (lobby). You need to pay for in room access.

Also the breakfast voucher need to be collected every morning. I have had hotel issue them all at one go or deposit the next day voucher in the room when they are doing housekeeping. So I really cannot understand why the fuss.

In conclusion, expect bad service when u come here. I did not see their cheaper room so I cannot comment. The location is great. So book it if it price is low. Definitely not worth paying the amount I paid for it.

This review is the subjective opinion of a Tripadvisor member and not of TripAdvisor LLC.
mads t
1
Reviewed September 22, 2012
5 star PADI training, not 5 star resort

We came to Seashells to become Padi certified open water divers and for that it was fantastic., the staff are patient and very proffessional. The accommodation for the duration of the course is free so yes it's not luxurious but it's a roof over your head. If you want to stay beachside in the much nicer villas you can upgrade but if you too are comming here to dive you should be cheering that the accommodation is free!!

This review is the subjective opinion of a Tripadvisor member and not of TripAdvisor LLC.
Greenseahorse1
4126
Reviewed August 23, 2012 via mobile
Great location! But that's it!!!

We stayed here after a lonely planner recommendation!
Where to start.... On arrival we were shown to a room! It was not the room we had payed for and we complained! The staff were rude and not interested even tho we had paperwork! They basically said like it or go somewhere else!
The pool is dirty and is used by the divers!
The breakfast is ok but the restaurant has flies, dirty toilets and poor service.
The BBQ in the evening looked good but the chicken was raw!
We only stayed 3 nights the. Decided to move on we asked for a taxi at 930. We checked out at 9.25 but it took 10 mins to check the room so the taxi left! They didn't tell us it was there and then blamed us! Again the staff were rude and basically said go to tele main road and sort it out yourself!
Overall poor poor poor and very rude staff! I don't recommend it!

This review is the subjective opinion of a Tripadvisor member and not of TripAdvisor LLC.
Morten A
Tromso, Norway
114
Reviewed August 19, 2012
If you like crapy food, flies, terrible service and dirty rooms, this is definitely the place to be!

My girlfriend and I stayed here for two nights. We were suppose to stay here for three, but after one day we had enough and decided to go back to Koh Samui the next day, instead of staying at Seashell resort!

Our room was not clean and it smelt really bad. The closet was broken and there was a small hole in the roof in the bathroom, which they had stuffed with a piece of paper!

The pool looked ok. It was a bit dirty. We didnt try it out, because the pool was full of divers almost all the time. So we just went to the beach instead, which was much better!

The "garden" was very bad. It was full of garbage.

The people in the reception must either be stupid or hate their job really much. We asked the reception to arrange a trip to this small Island just next to Koh Tao, which they "did". I think they forgot to arrange the whole thing. We were sitting in the reception the next day for two hours waiting for the taxi they "had" arranged for us. I dont remeber the name of the Island, since we never got there. But it looked really beautiful on the pictures!

This review is the subjective opinion of a Tripadvisor member and not of TripAdvisor LLC.
bookworm79
ireland
4149
Reviewed August 17, 2012
Fantastic location but shocking rudeness and bad service.

First the good points:
The hotel rooms were really comfortable and modern (we stayed in a new building). There was an infinity pool right outside our rooms and the beach was just beyond. Really beautiful and stunning photo opportunities at sunset. There was also another larger pool with more loungers in the part of the hotel across the road which was a bit quieter.

Unfortunately,for me anyway,there were far too many negatives about this place.
The main one being the attitude of most of the staff members we encountered during our stay. We were shown to our rooms by a very surly lady, who looked at us as if we were at fault when one of the aircon remotes was missing. Even though we'd just arrived in the room!

The first night we could only get scalding water in the shower so we were unable to shower after being at the beach all day. There was steam billowing out of the bathroom, it was burning hot, with absolutely no cold water, even in the bathroom tap. I went up to reception twice to ask what was going on, and was fobbed off with 2 different stories and not even any kind of apology or iota of understanding. The attitude was just "so what". I overheard other people complaining about this too. This attitude continued throughout the stay and there were constant queues of unhappy looking people at the reception.

It would be a long stretch to call the place to eat here a restaurant. It looks like any beach bar around Asia. I've eaten in a lot of nice beach bars, but they don't advertise themselves as restaurants in a 4 (or maybe the board outside said 5) star hotel. The staff just wandered around avoiding people trying to order. We ate here twice and our food arrived at various stages over 40 minutes, I ended up just cancelling a drink order at one stage because I'd been waiting over 20 minutes. The toilet in there was absolutely disgusting. One of the dirtiest I've seen in a month of travelling around SE Asia. I used it and then ended up going back to my hotel room to wash my hands properly! The place was crawling with flies, they were constantly all over the food.

The food we ordered for lunch was ok, but breakfast which was included was very disappointing. By 10:00 one morning there was very little left, and we headed down there when it opened at 8:30 the next morning. There weren't any covers for the fruit, yogurt etc and the place was infested with flies. We had to take turns fanning plates if one of the group wanted to go up for any food, to keep away the flies.

We had booked a taxi to take us to the pier for the 9:30 ferry sailing, and the hotel insisted they couldn't book one before 9. We were waiting at reception from about 8:45 and groups were leaving in taxis the entire time. When it came to our turn the 5 of us were brought out to a open back truck/ute and sat in the back, just about room for us all and our bags. Then they brought out 4 more people with their luggage and tried to squash them in. The open back of the truck was very low slung, and we were already holding bags in our laps. The driver kept trying to put somebody else's huge suitcase across us, even though we only had one free hand at this stage. He shouted at us when we refused because we felt it wasn't safe. I actually took photos of the amount of bags piled on top of us it was so chaotic.

We were very late arriving at the ferry, among the very last people on, and stressed out because of the rudeness and delays. We were dumped off in the middle of the street with a lady from the hotel shouting at us to hurry up that we were causing a traffic jam!

Whoever owns this hotel really needs to step in and sort out how the place is run. The discrepancy between the rooms/pools and the attitudes, "restaurant" etc was crazy. I'd have given the rooms/pools 4 stars but the staff and "restaurant" barely merit 1. The only staff member who was any bit nice during the stay was the man working at the pool bar, so fair play to him for being so good! We paid about 50 euro a night each which is the most we'd paid anywhere, so it was very disappointing to have this experience.

The rooms, pools and location are the only reasons I would recommend this place, but on all other counts I'd say save your money and look elsewhere.

This review is the subjective opinion of a Tripadvisor member and not of TripAdvisor LLC.
View more reviews
PreviousNext
1…424344…