$102
$70
View deal
Booking.com$96
Priceline$102
eDreams$96
View all 14 deals
Prices are the average nightly price provided by our partners and may not include all taxes and fees. Taxes and fees that are shown are estimates only. Please see our partners for more details.
IVANA F
21

All was peefect. Nice And spacious rooms. Very tasty halfboard. Quite long queue for buffet but with it. Great beach for families sunchairs free on charge, Umbrella 20kuna/day. Only thing is Elevators!!! only 2 and very smalll. Always búdy during peak hours. For súch a huge hotel Its not sufficient. 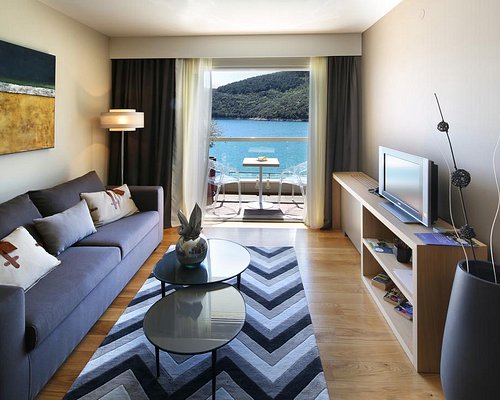 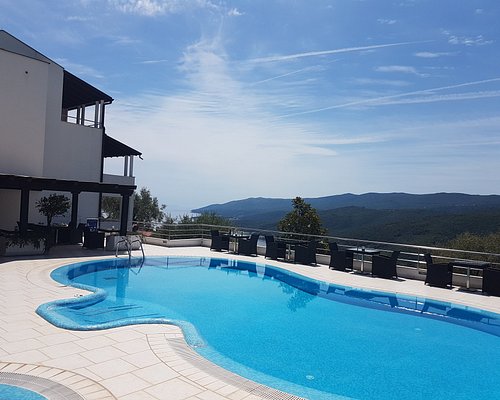 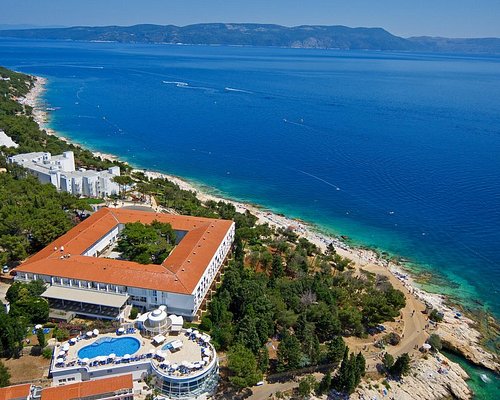 It was wonderful experience to have accomodation in Hotel Mimosa. Room was extraordinary spacious. Maybe only one disadvantage is balcony with no privacy because of the terraced style of building. Aircondition was quiet, beds are comfortable (except the extra bed). Parking fee was incorporated in prices. Food was tasty and good choice of dishes. Beach is really clean and the deckchairs marked with red M are free for hotel guests. Also the deckchairs by the pools are free for hotel guests. Sea is clear, there is plenty of space for swimming. Promenade in Rabac is wonderful (many bars, stands with souvenirs). We all have beautiful memories and I would recommend this hotel for everyone who wants to have pleasant stay in peaceful location. :)

This review is the subjective opinion of a Tripadvisor member and not of TripAdvisor LLC.
rossea17
Hayling Island, United Kingdom
1918
Reviewed June 2, 2019
Nice hotel, shame about the food

A recently refurbished hotel, everything looked clean and bright on arrival. Check in was swift, passports asked for and returned the next day.Our room was at the end of a corridor and we were lucky to have no neighbours or anyone above us. The room was large, everything worked in the bathroom and the water was really hot.Bed linen and towels were changed regularly although the latter had seen better times. Apart from the bed there was a large seating area, partially screened from the rest of the room which contained a sofa which probably turned into a bed. Outside was a huge balcony with four chairs and a table which overlooked Maslinica Bay. There was a safe that cost ten euros but this was returnable at the end of the stay The hotel staff we encountered were friendly,helpful and polite. The only thing that let the hotel down was the food, definitely not four star. Although there was plenty to choose from at all meals, it appeared to be processed, out of a packet or frozen, disappointing. Fish fingers were served one evening and appeared the next day at the salad bar! Four star, I don't think so. Not all the food was labelled and if it was, sometimes it was inaccurate. The hotel offers a packed lunch but don't bother unless you are desperate and if you are, go for the vegetarian option. Most of my lunches benefited the local wildlife population.
The hotel is in a good position to explore the Istrian Peninsula.
It's a shame the hotel's food lets it down.

This review is the subjective opinion of a Tripadvisor member and not of TripAdvisor LLC.
annette b
Warrington, United Kingdom
1511
Reviewed May 25, 2019
Brilliant holiday

I was more than happy with this hotel. As a single traveller I have experienced some really rabbit hutch rooms but this was the opposite with a lovely balcony overlooking the sea as a bonus! The buffet style meals were good with a wide range of choices even for fussy vegetarians like me! The hotel was very clean throughout and the staff were all pleasant and friendly. The hotel is in a brilliant position only yards from the sea and amenities. I would definitely make a return visit.

This review is the subjective opinion of a Tripadvisor member and not of TripAdvisor LLC.
mariecR4572GW
Barcelona, Spain
124
Reviewed August 9, 2018 via mobile
Bad hostel // fake pictures

The hostel is not in reality like the pictures. Everything look like cheap, there is only two little pools. No indoor pool and no gym club. Staff is ok but the restaurant manager was really not correct. Food is horrible for people who eat healthy. Spa need to be removed. Bad trip.

This review is the subjective opinion of a Tripadvisor member and not of TripAdvisor LLC.
StineS498
11
Reviewed July 9, 2018 via mobile
great location horribel food

The hotel is situated just by the beach and close to Rabac. The view from the hotel is great. There is not enough sunbeds for the hotel guests. Sunbeds at the beach costs 50 kuna each and parasols 30 kuna.
The food in the hotel is horribel. There Are No variation and the hygene is very bad. No hand sanitiser and the spoons Are to small and therefore falling into the food. Boring breakfast with dry bread and funny tasting scrambledeggs.

This review is the subjective opinion of a Tripadvisor member and not of TripAdvisor LLC.
View more reviews
PreviousNext
1234…
<script type='text/javascript' crossorigin='anonymous' async onerror='__scriptLoadError(this,true);' src='https://static.tacdn.com/assets/2NwMnm.6ed1c4d7.es5.js' data-rup='2NwM