$137
$109
View deal
Free cancellation until 12/10/21
Priceline$122
Hotels.com$124
ZenHotels.com$137
View all 14 deals
Prices are the average nightly price provided by our partners and may not include all taxes and fees. Taxes and fees that are shown are estimates only. Please see our partners for more details.
ColumbusDJ
Dublin, Ohio
9751

Best part about the hotel is that you are right next to the train station.

Room tip: Choose a room in higher floor if you can. The view from there is amazing. I was on the 38th floor and that was just gorgeous. You have a choice of looking at the ocean or at the mountains. If you are on the ocean side then you overlook the Shinkansen station.
See all 845 reviews
Nearby Hotels 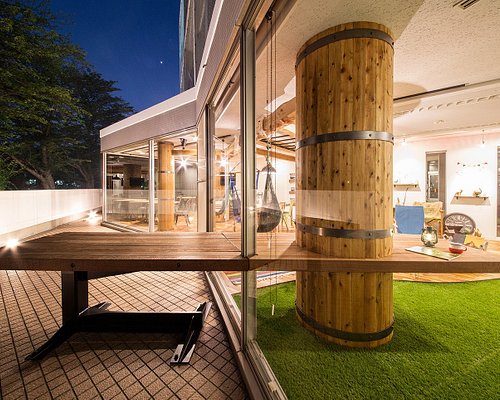 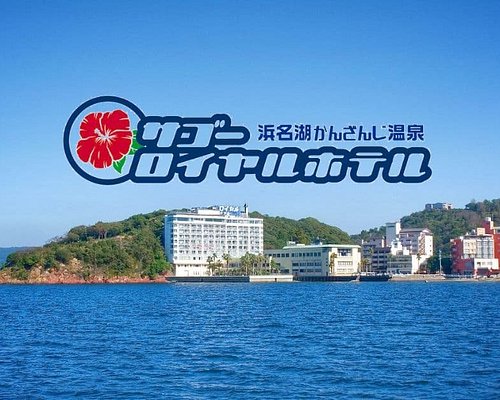 Very good experience. Average service, but the room is good and has an incredible view. The restaurant at the top is also very good.

This review is the subjective opinion of a Tripadvisor member and not of TripAdvisor LLC.
CarefulSlippery
Melbourne, Australia
1725
Reviewed June 18, 2012
Good business hotel

We stayed here for six nights during a conference in June 2012. The size of our double room was good, however the single rooms in which some colleagues stayed vary in size and some are tiny! Make sure you ask if you can have a bigger single room if you feel claustrophobic! We were also lucky to stay on a non-smoking floor (living in Australia I hadn't even considered the possibility of ending up on a smoking floor!). If you want to have a non-smoking room make sure you specify this as the smoking floors and rooms do not smell very pleasant! The views from the rooms are spectacular, no matter on which side you stay - you either have a view of the bay or the city.
The breakfast buffet was nice (not the hotel's fault that we were a bit over it after six days). The bar in the hotel also features spectacular views over the city, especially at night. Unfortunately it is quite pricey (even for Japan standards) and last call for drinks is at 9.30pm.

This review is the subjective opinion of a Tripadvisor member and not of TripAdvisor LLC.
LL721
Kuala Lumpur
560307
Reviewed June 12, 2012
Room with a beautiful view

Stayed for 1 night in this musical hotel. The lift doors had musical notes, there was a grand piano in the lobby and names of composers for their restaurants. The rooms were huge and as we were on the 39th floor, the view was magnificent! Breakfast was Japanese & continental and was most delicious!

Nearby the hotel was the train station where we arrived by Shinkansen. In the train station, there was a nice supermarket with an English speaking pharmacy where I managed to get some medication. There was also a large shopping complex nearby selling electrical goods and designer goods. Street musicians played beautiful live Japanese music outside. It's truly amazing. In the shopping complex, we had most delicious Unagi bento in one of the restaurants upstairs. The unagi was fat and tasty. Only gripe was that the small restaurant was short staffed and no one refilled our green tea.

This review is the subjective opinion of a Tripadvisor member and not of TripAdvisor LLC.
RRT-JPT
Hampshire
106
Reviewed May 25, 2012
Good Business Hotel

Stayed here for 3 nights on business, a good clean hotel, although the room (single) was a little small.

Food was a good quality, ideally situated for various businesses in that area of Japan and close to rail and bus links from Nagoya and Tokyo

This review is the subjective opinion of a Tripadvisor member and not of TripAdvisor LLC.
skylark24
Melbourne, Australia
10257
Reviewed May 9, 2012
Great location and great place to stay

Stayed in room 3209 in May 2012. Our impressions were great from the start - the concierge staff are very helpful and went out of their way on occasion to help us find our way. The room was sizeable, impeccably clean and well stocked with toiletries. My co-traveller used to live in Hamamatsu so we opted for a room overlooking the city to the north and were rewarded with a view of Mt Fuji on a clear day. The hotel is about 5 to 10 minutes walk from JR train station and the bus station - there's an underground walkway and an above ground walkway. The underground one is easier and if you go into the concert hall when you see it and walk all the way to the end, you'll see the sign for a lift to the hotel. I look forward to staying here again.

Room tip: Choose a south-facing room overlooking the station if you like trains or want a chance to see the beach at Nakatajima. Choose a north-facing room overlooking the city if you'd prefer to see the city lights at night, and catch a glimpse of Mt Fuji during the day (if it's clear).
Ask skylark24 about Okura Act City Hotel Hamamatsu
Thank skylark24