Courtyard by Marriott Alexandria Pentagon South
Courtyard by Marriott Alexandria Pentagon South
Lowest prices for your stay
Lock in the lowest price from these sites
$98
Reserve now, pay at stay
View deal
Priceline$98
Expedia.com$98
Courtyard$98
Hotels.com$98
FindHotel$98
Agoda.com$98
View all 19 deals
Prices are the average nightly price provided by our partners and may not include all taxes and fees. Taxes and fees that are shown are estimates only. Please see our partners for more details.
Derek O
Seal Beach, California
159102

Hope you are a deep sleeper

The property is a bit old, but looks like it was recently renovated. If you have a room facing the parking garage, be prepared for traffic noise from the 395, car alarms going off and sirens. Also, it seems like it is under a flight path of helicopters that fly over pretty low. Other than that, it is pretty much standard with other Courtyards I have stayed - breakfast was decent. Not many places to eat around that are walking distance. The free wifi was pretty fastMore

Show less
Room tip: Don't get a room that faces the parking garage

Thank you for your feedback. Please accept my apologies for what sounds like a less than ideal guest experience. Our hotel is in fact located conveniently off of I-395 and our proximity to the Pentagon does periodically result in some low flying helicopters, but generally the disruptions to our guests generally are kept to a minimum. I am pleased to hear that the rest of your stay was to your liking.

Thank you for being our guest.

Report response as inappropriateThank you. We appreciate your input.
This response is the subjective opinion of the management representative and not of TripAdvisor LLC.
See all 577 reviews
Nearby Hotels 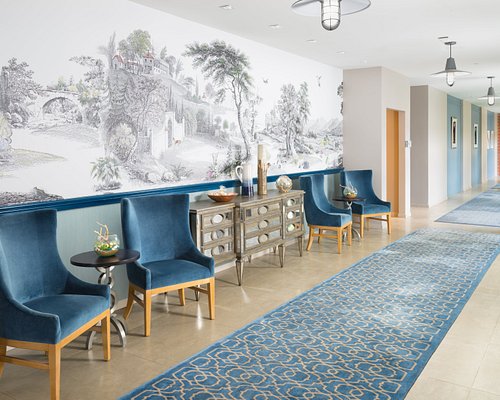 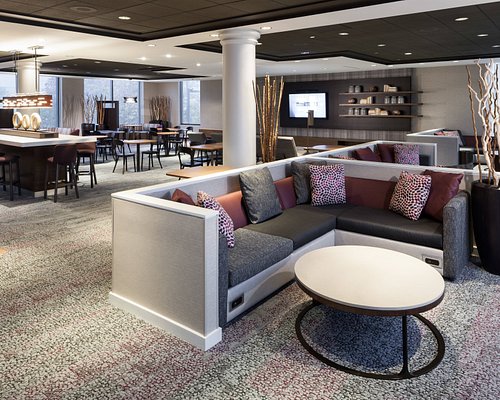 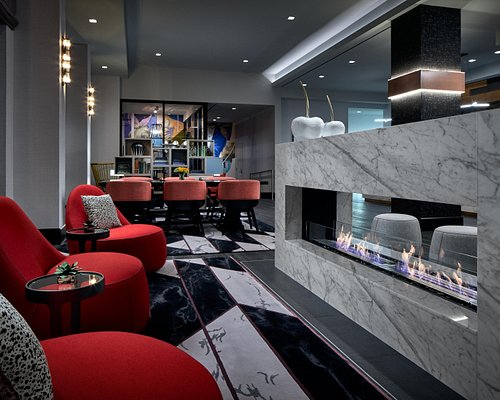 Taking safety measures
We compared the lowest prices from 20 websites
Get cash, perks, & more with

Taking safety measures
We compared the lowest prices from 19 websites
Looking for savings? Look for

This hotel is awkwardly located and not one you'd choose for a vacation, being adjacent to nothing more interesting than other hotels and a strip mall, but its shortcomings were made up for by a very friendly and accommodating staff. Standout was the free shuttle to the Metro stop, which was four miles away. Nice breakfast as included-in-price hotel breakfasts go. Our room was clean, up-to-date, and very comfortable. Good shower.

Room tip: Can see the Washington Monument and capitol building if you're on the right side of the building and high enough up.
Ask EcoArtTraveler about Courtyard by Marriott Alexandria Pentagon South
Thank EcoArtTraveler

Thank you for the review. The team here works very hard each and everyday to ensure our guests are satisfied with services and amenities offered at our property, thus it is nice to see that they made a favorable impression on you. We hope that you will visit us again the next time your travels take you to the Alexandria area.

Report response as inappropriateThank you. We appreciate your input.
This response is the subjective opinion of the management representative and not of TripAdvisor LLC.
epazo
Greenwood, Missouri
6616
Reviewed April 6, 2017 via mobile
Last resort accommodation

I will retirn only if all hotels in the DC Metro area are booked. The only good experience was with the check in staff. All other staff behaved as if they didn't want to be there. If you havr any respiratory issues, stay away. The lobby smells like cigarrette. I startec having mild allergy symptoms, i thought it was the cigarrette smell or the cherry blossoms. It got worse the second night. As I sat in my room I noticed mold along the entire edge where the carpet meets the wall. They have a shuttle servuce to and from the airport. During morning rush hour it takes at least 30 minutes to get tonthe airport. The shuttle does nit go directly to the airpor. The route is Center Mark Station, Pentagon City Mall, turn airport. signing up for the shuttle does not gurantee a sit, getting in the shuttle first does. If they include a meal voucher, reconfirm during check in and ensure they tell the restaurant. i paid for my meal because the restaurant dis not know. Credit was not granted retroactively upon check out and it is pending general manager review. Good thing, there is a strip mall across the street with an Aldi's, 7 Eleven, and CVD

Thank you for your feedback. It is disappointing to hear that we were unable to meet your travel needs and we will review your comments to see where we went wrong. We pride ourselves on providing a memorable experience for all of our guests and we hope that you will consider giving us a another opportunity to do so.

Report response as inappropriateThank you. We appreciate your input.
This response is the subjective opinion of the management representative and not of TripAdvisor LLC.
kadickerson
Altanta, Georgia
1436
Reviewed March 28, 2017
Hotel grew on me I guess

I was amazed that the hotel procedure was for guests to pull up out front of the hotel to check in before going to the garage. I arrived at 2pm for a Thursday - Saturday stay in March 2017. However, I wasn't amazed at how outdated and drab the hotel lobby was upon entering hotel. However, I was immediately greeted. I asked what happens when there's more than 1 person checking in if you have to check in before getting key card to gain access to garage. The hotel staff member stated that guests rarely show up at the same time. He was friendly. I asked him about shuttle service to go to an appointment 5 minutes away the next day. He asked for exact location. I left address in car but told him I would stop back once I parked my car. He asked if I wanted a bottle of water. I told him I would get it after I parked my car. When I returned to my car, another car had pulled up in front of the hotel blocking me from continuing straight; therefore, I had to back up and go around to get to the garage. There were plenty of parking spaces in the garage.

I returned to the hotel front desk with my appointment location. The desk staff member told me the shuttle driver could take me to appointment the following day as the location was around the corner. I didn't remind him about water and he didn't mention it again so I was off to the room. The room was okay. I read some reviews before going that mentioned how the hotel separated teenage guests/groups from others, and how rooms weren't thin and they never heard others. I experienced the opposite. I had noisy people next to my room. I heard kids rough housing, loud talking, coughing, sneezing, etc.

I decided not to use shuttle.

I got breakfast one morning from downstairs. The breakfast was okay but the staff there were also friendly. I think if it weren't for the staff this would barely be a 3 star rated hotel.

Also, I was given a card and told to put it in my door slot if I wanted to get 250 member points vs. housekeeping cleaning my room. I put it in the slot at 9pm the day I arrived, housekeeping did not come, it was still there when I checked out but I did not receive credit points and I will not spend time calling to get points; It just doesn't seem like worthwhile f/u. It wouldn't consider it a good use of my time. On to the next....

This review is the subjective opinion of a Tripadvisor member and not of TripAdvisor LLC.
cvsteph09
Boston, Massachusetts
7934
Reviewed March 27, 2017 via mobile
Close to everything, quiet and nice location.

Stayed here for 2 days over the Superbowl weekend and had a great time. There's a lot of shops across the street, close to Old Town and the highway... It was a nice hotel to stay at for a few days. Staff was friendly and welcoming which is always a plus!

This review is the subjective opinion of a Tripadvisor member and not of TripAdvisor LLC.
Robert B
1
Reviewed March 27, 2017
Business trip to Washington DC

The staff was very helpful while I was there. Manna was exceptionally helpful in the Bistro in the morning. The additional staff in the evening did a great job. The Check in staff were very helpful when I had issues with the room.