Expedia.com
Hotels.com
Orbitz.com
View all 12 deals
Prices are the average nightly price provided by our partners and may not include all taxes and fees. Taxes and fees that are shown are estimates only. Please see our partners for more details.
NgocPhamVan
Hanoi, Ha Noi, Vietnam
8550

As other business hotels in Japan, Apa hotel Kobe Sanomiya is very convenient to access other places but room, lobby, the place for breakfast ... are too small, make me uncomfortable. Not only in Kobe, I stayed at Apa Hotel in some city in Japan, they seems have these common points, "too small" and a little stink.

Room tip: rooms on the "no smoking" floor are better
See all 180 reviews
Nearby Hotels 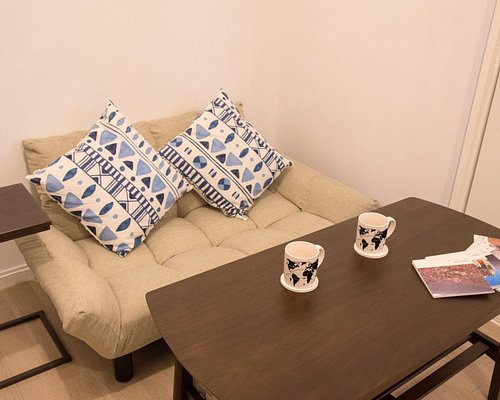 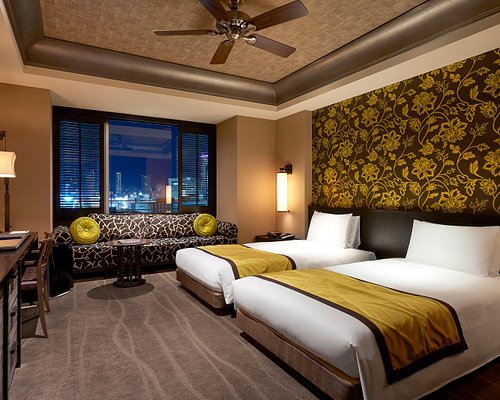 Taking safety measures
The B Kobe

While the hotel is a short walk from the rail station, it's convenience is not worth it. The rooms are tiny, even for Japan, and not comfortable. The room felt old, the furniture was scratched up, and the lampshade had been melted. Not replacing a melted lampshade gave an indication of the quality of this hotel. The room was very quiet but the bed was so hard and so small it was not a comfortable night. Even though others mention it as a budget option, that was not the case when we stayed there in March, it was more expensive than nicer Tokyo hotels!

This review is the subjective opinion of a Tripadvisor member and not of TripAdvisor LLC.
purplepinay
Paranaque, Philippines
267211
Reviewed October 24, 2014
Very convenient

The maps are true! This hotel is really close to the Sannomiya Station in Kobe. It is not the closest but it certainly is not far from the station when you are lugging around bags. It is just 2 corners from the station, in a very safe part of time.
The staff is not very adept at English but they can communicate and write enough to be understood. Because I made reservations and paid online, check-in was easy. When I got there, my room was clean and ready for me. There was even the thoughtful touch of an origami swan on the bed.
The room was very small, as is the usual for Japan--no space wasted. In spite of the size, bathroom amenities were complete--hot and cold running water, bathtub, hair dryer, towels, liquid soap, shampoo and conditioner.
There were no available free English channels. These had to be paid for. Good thing there was strong free wi-fi so I had a lot to do. The beds were certainly comfortable enough to sleep in.
Breakfast is included in the package. The breakfast is the same everyday but it is ample and it is a buffet.
Check out is easy too. So it was a mostly positive experience, with the room size and TV being the only real drawbacks.

This review is the subjective opinion of a Tripadvisor member and not of TripAdvisor LLC.
SharatMendu
Bangkok, Thailand
7645
Reviewed September 8, 2014
Excellent option for budget traveller in hotels

This was real professionally maintained hotel. Japan hotel rooms are usually small but I wont complain about it. The linen in rooms, furniture and entire hotel are very well arranged and maintained nearly 3 or 4 star hotel. It is within walking to JR Sannomiya station which connects to Osaka and Kyoto via direct JR trains while Shin Kobe is very close to this hotel via nearby located subway. Staff are nice. Kobe sightseeing needs usage of different subway, loop bus and JR line. Hence this location is ideal if you choose public transport as all means of public transport are within walking distance.

Room tip: Be watchful about the size of room before you book to avoid any mismatch in expectations
Ask SharatMendu about APA Hotel Kobe-Sannomiya
Thank SharatMendu

This review is the subjective opinion of a Tripadvisor member and not of TripAdvisor LLC.
femcastra
Tokyo, Japan
3339
Reviewed May 6, 2013
Convenient location, but small.

I have no issues with the staff at this hotel, they were very helpful. The location was great, lots to see nearby and easy to get around Kobe and out into surrounding areas.

This is the second hotel I have stayed in within the APA chain, and it follows the same pattern as the first. The rooms are small. The other hotel I stayed in was at Shin-Kiba, and the room was larger there, in Tokyo. I would have thought that being a smaller city, Kobe's location would have meant a bit more space to move around in, but not so. If you are travelling on your own, chances are you'll be in the same size room I was in with my partner, in which case you should be fine for room. It was tight for two people.

The cafe downstairs offered breakfast buffet, so we decided one morning to take advantage of it, but it was also uncomfortably tight; it was hard to get in and around the tables and buffet stations.

If all you need is to sleep, and you want something cheap, do it. The location is fantastic. If you want enough room for one person to be standing up in the room while the other person walks past, maybe look somewhere else.

This review is the subjective opinion of a Tripadvisor member and not of TripAdvisor LLC.
Ch_Den
Shanghai, China
3022
Reviewed March 26, 2012
just for sleep, the room is too tight.

it's cheap and good location.and it's eco-friendly
i like their Shisedo conditioner.

But the room is too small for 2 people. it's too tight.