$66
View deal
Free cancellation until 10/30/21
Priceline$66
Travelocity$66
Orbitz.com$66
View all 10 deals
Prices are the average nightly price provided by our partners and may not include all taxes and fees. Taxes and fees that are shown are estimates only. Please see our partners for more details.
rsonomura
Aiea, Hawaii
2557

Stayed for 3 days. Has laundromat, loved their breakfasts. Toured the city on arrival, saw Odori Park, clock tower; spent next day in Otaru & Sapporo Beer Garden; filled the remainder of our 3rd day @ Ramen Alley, and the Asahikawa Zoo. Staff was courteous, friendly and very helpful. 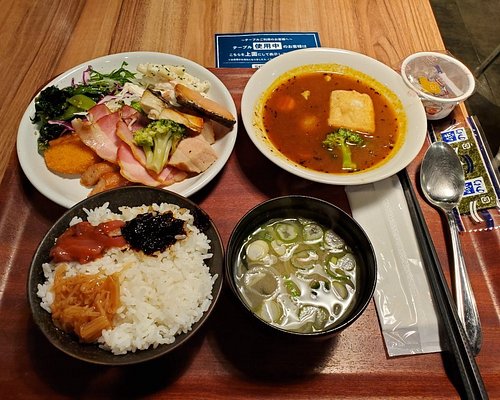 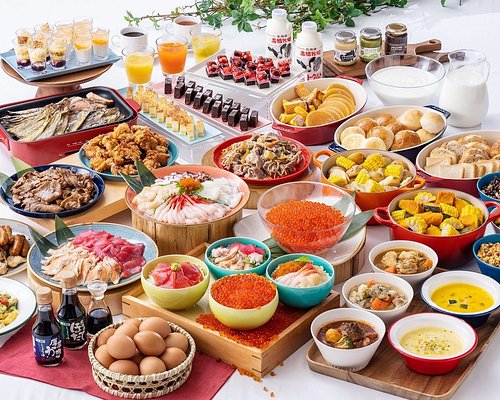 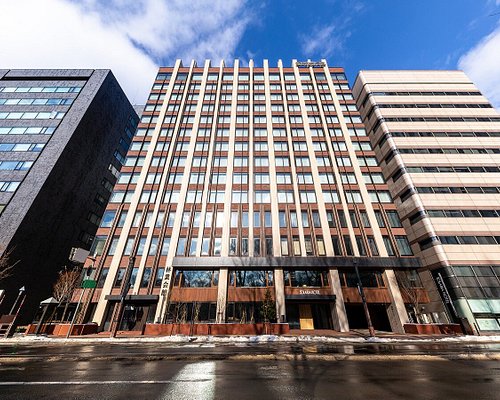 This is my first time staying in "Toyoko Inn" which I know is very popular to Hong Kong, China and other Asian travellers. Its website for reservation has Chinese version. Well, after trying, I'd say I won't pick up Toyoko as my first few choices in the future for the reason that other similar budget inns eg Route are much better, in terms of room space and decor (Toyoko is old fashioned), breakfast (others have yummy generous buffet all you can eat), communal onsen bath (others have), guest type (other inns mainly Japanese and provide a more tranquil ambience).

This review is the subjective opinion of a Tripadvisor member and not of TripAdvisor LLC.
ig105
Wooburn, United Kingdom
711
Reviewed February 26, 2012
Excellent value for money

We stayed one night in Sapporo as part of our 4-week honeymoon. Come to think of it, this was the one night in the entire honeymoon where we slept in a double bed! We weren't expecting much as it was so cheap but we were quite impressed with the entrance and reception area with vending machines and clean toilets. We had arrived quite early so they kept our luggage for us while we went and had a wander round the city.

We got back later that evening and were pleasantly surprised with the cleanliness and general presentation of the room. We slept soundly and then came down for breakfast at around 9am. It was truly delicious. You'll see from the photos that it is not very Western and we absolutely loved it. We ate our fill and then went to reception to arrange a later check-out time as our train wasn't going to leave for another couple of hours. We only needed an extra hour and paid 10,000 JPY which we thought was reasonable.

It is right by the train station which is super convenient. If we come to Japan again we would probably try and stay in nothing but Toyoko Inns! Brilliant.

This review is the subjective opinion of a Tripadvisor member and not of TripAdvisor LLC.
hissyfit
Singapore
2069
Reviewed January 9, 2012
A budget option

Only stayed one night, a Wednesday. If my memory serves me right, the hotel serves free curry rice on Tuesdays, Wednesdays and Thursdays evenings. We did not have that for dinner as we were out exploring Sapporo’s Ramen Yokocho (‘ramen street’ – an indoor stretch concentrated with ramen outlets) to have a taste of Sapporo-style ramen. There’s two Ramen Yokocho – the original one plus a newer one, near each other. We checked out both, liked one of the outlets in the original one but it was too full to take 6 of us, so we settled for another place at the newer yokocho.

One thing though – I tried to leave a bag with the hotel when we checked out to head for Asahikawa, hoping that we could come pick up the bag on our return leg a day or two later. Unfortunately, they said no. It seems that it is Toyoko Inn’s policy not to hold your luggage for you overnight once you have checked out.

They did not have any problems with holding all our luggage (5 small trolley bags and 6 small backpacks) at the hotel lobby when we checked out at 8 plus in the morning to head for Otaru for a daytrip, as we returned in the afternoon to collect everything and head for Asashikawa. BUT – I feel the slightly portly guy delivered sub-standard service compared to all the other ladies manning the counter at the other 11 Toyoko Inns we stayed at.

When I asked if we could leave our luggage at the lobby, he said yes and I asked for a net (to put over our luggage). No net, he said, and gave me a length of string instead. He did not leave the counter and there was no other guest waiting to be served either. Okay, I get that he meant for me to secure our luggage ourselves. We did that, and in the time we took, the luggage tag was not prepared either. I returned to the counter and asked for one. Mr Portly then began writing one out. It was obvious if I did not ask, our luggage would be left there in the lobby untagged.

I could see that there was no other luggage at the lobby – so definitely it isn’t that all the nets have been deployed. And I have left my luggage with enough Toyoko Inns (after checking out) by now to know that they have such nets and their SOP (standard operating procedure).

The ladies manning the reception counters invariably either use a net or a string (at times, even both) to secure our luggage at the lobby. They’d leave the counter to do it, and not expect the guest to DIY. In fact, they apologize when we try to give them a hand in stacking up our luggage (so it takes up less space in the lobby). Then they’d issue a luggage tag to me.
Hence, service-wise, this Toyoko Inn scores badly because of Mr Portly’s sub-standard Toyoko Inn service.

This review is the subjective opinion of a Tripadvisor member and not of TripAdvisor LLC.
maxNOTwell
Hong Kong, China
11871
Reviewed May 13, 2011
Good value and location

We choose this hotel from a travel book. We only stay one night at Sapporo and will take the train next morning so location is very important to us. The hotel is easy to find, just turn right when you take the north gate of the train station. Two blocks ahead you are at the door of the hotel. It is closed to the train station and the shopping malls. There is a convenient store across the street so we can buy snack and water there.

The room is very small but tidy and clean. It has everything that a hotel should have. We walked to everywhere that we want to go at night from the hotel. The breakfast is simple but good enough.

This review is the subjective opinion of a Tripadvisor member and not of TripAdvisor LLC.
limwhow
Singapore, Singapore
1612
Reviewed December 26, 2010
Simply worth every single yen - Value with great service!

We just returned from out Hokkaido trip. And the city which we started and ended our round-Hokkaido trip was Sapporo.
We took the Toyoko Inn Eki Kita-Guchi Hotel for its proximity to the JR Sapporo Station.
"Eki Kita-Guchi" simply meant the "North Gate of the Station", thereby reflecting the location of this particular Toyoko Inn Hotel.
Right from Day 1 we were pleasantly impressed with the cleanliness, the thoughts that have been put into planning the details of the room and bathroom layout, and how near it was to the JR Sapporo Station.
It was merely a 5 minutes walk from the Station in the snow. Had it been a clear day, I am sure it would be faster.
The staff were most courteous and were very accommodating in their services. And they could actually communicate fairly well in English!
What was more, every morning a simple down-to-earth Japanese breakfast was available from around 6:40am, consisting of Japanese rice sushi with seaweed, miso soup, pickles and cold vegetable dishes with lots of sausages and tea and coffee. We were very happy to be able to eat exactly like what a local Japanese person would for our breakfast.

For around 7500 Yen per night per room, we felt this was real value for money.
So much so that I joined them as a member of Toyoko Inn. From now on whenever I visit Japan I will be able to stay in all the Toyoko Inn all over Japan with discounts on certain days of the week.

A strong recommendation from the bottom of my heart for those who are looking for good value and efficient service.