Nice Hotel but Restr Service was below... - Sofitel Guangzhou Sunrich

$112
$97
View deal
Expedia.com$103
Booking.com$109
ZenHotels.com$112
View all 17 deals
Prices are the average nightly price provided by our partners and may not include all taxes and fees. Taxes and fees that are shown are estimates only. Please see our partners for more details.
cchan77
Xiamen, China
12
Review of Sofitel Guangzhou Sunrich
Reviewed January 7, 2013

Show less
Report response as inappropriateThank you. We appreciate your input.
This response is the subjective opinion of the management representative and not of TripAdvisor LLC nor of its partners.
See all 5,395 reviews
Nearby Hotels 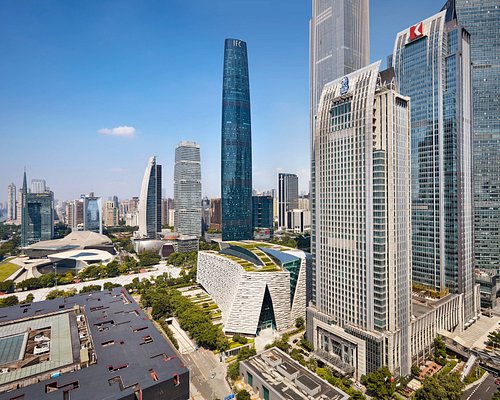 If you stay here I hope you have the chance to meet Thomas who is part of the front desk team. The signle most professional and helpful hotel staff memeber I have ever had the opportunity to meet.

There are no further words to discribe this hotel, if coming to Guangzhou look no further stay here.

Room tip: I chose to stay in a Luxury room via a great deal on Agoda. So if you can find a good deal pay the small premium you will NOT be disappointed.
Ask DapsSydney about Sofitel Guangzhou Sunrich
1  Thank DapsSydney

Thank you very much for your constructive feedback. it will be a pleasure to welcome you back in a near future. The Sofitel Team

Report response as inappropriateThank you. We appreciate your input.
This response is the subjective opinion of the management representative and not of TripAdvisor LLC.
parbs
Sydney, Australia
3418
Reviewed January 3, 2013
Exquisite 5 day stay

Room was as described and in excellent condition, the club facilities were impeccable and the club staff and guest relations staff were excetpional. The food and amenities were first rate. The hotel was centrally located and provided us with free transport on arrival. Would recommend and revisit.

Thank you very much for your constructive feedback. it will be a pleasure to welcome you back in a near future. The Sofitel Team

Report response as inappropriateThank you. We appreciate your input.
This response is the subjective opinion of the management representative and not of TripAdvisor LLC.
Ollie P
Sydney, Australia
23
Reviewed January 3, 2013
Amazing Stay - in a world class hotel!

Not hard to see why this hotel is rated number 1 in Guangzhou we had the pleasure of staying 8 days over the 2012 Christmas period - wonderful staff, great rooms, and brilliant facilities. Very attentive staff would always go out of their way to make you feel at home and welcome. The two restaurants (Japanese and Cantonese) on the premises were Amazing although we found the third restaurant (buffet) a little overpriced for our appetite but its the selection was incredible, so go hungry and you won’t be disappointed. The SoFit (Gym and Pool) were HUGE and always beautify presented and maintained. I would recommend to anyone travelling through the area. Its distance to public transport wasn’t a problem with an abundance of taxis always on call. Thanks again for a great stay!

Thank you very much for your kind comments. We have shared them with the team and you can rest assured that it will be a pleasure to welcome you back in a near future. The Sofitel Team

Report response as inappropriateThank you. We appreciate your input.
This response is the subjective opinion of the management representative and not of TripAdvisor LLC.
William H
Foshan
178
Reviewed December 29, 2012 via mobile
Relaxed Stay

Booked a luxury room for my anniversary and was given an upgrade to club rooms, the views of the rooms were perfect, unfortunately my request for a south view room was not available, it's still ok for me since the service is just great, all the staff are very professional.
The bed is just stunning, in all the hotels I've stayed I prefer Sofitel beds, it just has the right softness for me and my wife, by the way the cribs was good too, maybe I'll let my baby girl write a review about the crib, haha.
Anyway the service at this hotel wins it all, thumbs up for all the staff that attended me during my stay, I'll keep staying at Sofitel for my next anniversary.

Thank you very much for your kind comments. it will be a pleasure to welcome you back in a near future. The Sofitel Team

Report response as inappropriateThank you. We appreciate your input.
This response is the subjective opinion of the management representative and not of TripAdvisor LLC.
HK_steph_h
Hong Kong, China
4866
Reviewed December 28, 2012
Mixed at best

We stayed at the Sofitel because of the great reviews on this forums. Our feelings were mixed at best after the night.....

1. Hotel Decor - nice but it didn't really sparkle until at night when the chandelier in the lobby lit up the whole place. Because the ceiling was very high , during the day when there was just sunlight, the lobby felt cold and unwelcoming, and had a distinctly :mainland chinese" feel to it ( hard for us to describe but we have ventured around China enough to feel it) - a bit stark if I may say . The lobby could do with a bit more colour to liven it up during the day time.

The corner room was a bad idea - altho a bit roomier than the standard rooms, we had a vast expanse of glass wall which gave us only a view of the building /windows next door at close range. It would have been quite nice if the view offered something else, but we had to bring the urtains down ll the time to avoid us being in public display. SO whether we had the corner suite or not, didn't really matter cos we saw nothing other than curtains !!!

The bathroom was very nice - had a separate bah tub, and a separated area for shower and toilet, and again would have been a special touch if not for the glass and proximity to the building next door.

Also, when the weather is cold and there is no heating, the corner rooms are very cold and we could feel the chill seeping through the curtains and the glass - we spent most of the time in our rooms full clothed in our jackets or huddling i bed under the blanets.

we asked for extra blanket and duvet, both arrived without a cover on it. We then found a cover which was included in the pile separately, which meant we had to slip the duvet into the cover ourselves. We asked for an extra pillow and the same thing happened - it came without a pillow case. Not quite sure whether we were supposed to just sleep on the pillow without the cover ???????

We asked for the temperature to be turned up in our room , nothing happened after calling service centre and after 20 minutes we called again. An engineer came up and fiddled with something,and tried to get the controls to go up from 19C in the room but after some hulabaloo it didn't seem to work. And THEN we were told of the simple reason why our temp control didn't work - there was no heating provided in the hotel ( something falling under govt policy). GZ was registering temperatures of around 7C that day !!!

The tea press they had in the room was old and a bit rusty - the wire meshing at the bottom of the compressor was worn and tirn and I snagged my finger while trying to wash it - sorry to be pedantic on fine detail but I find that a simple soluion of a ceramic teapot would have been an easy solution.

4. Location - middle of nowhere !! its a 10 min taxi rider to the nearest malls, and nearby there wa really not much to see. I guess if the weather was not that cold we could have walked around the corner and there are some restaurants and small shops along the road. We were quite far away from the sighseeing areas like Li Wan area.

- The spa ( great ambience) and the swimming pool area.Not a fan of L'occitance products so didn't ltry the treatments.
- The room service menu was very well and reasonably priced, and the food quality was good. We ordered a magherita pizza which arrived piping hot and the portions were generous.


Verdict - woudl I go back again? Proably, but only if I need to be in that area.

Room tip: The corner rooms are about 100-200sq ft larger but offers litte in terms of view and you may have to keep the blinds down most of the time because of the proximity to the builig/residents next door . You may want to ask the hotel before hand what kid of view you will be getting.
Ask HK_steph_h about Sofitel Guangzhou Sunrich
1  Thank HK_steph_h

Thank you very much for your constructive comments. We apologize for the service slips, please be assured that the teams have analyzed them very carefully to ensure such cases would not happen again

Report response as inappropriateThank you. We appreciate your input.
This response is the subjective opinion of the management representative and not of TripAdvisor LLC.
View more reviews
PreviousNext
1…213214215…