Stay some where else! - Le Meridien Medina

Orbitz.com
eDreams
Booking.com
View all 15 deals
Prices are the average nightly price provided by our partners and may not include all taxes and fees. Taxes and fees that are shown are estimates only. Please see our partners for more details.
Robo102
Rotorua, New Zealand
1513

Stay some where else!

The only good thing about this hotel is leaving it! Hotel staff and service is bad, food is bad... Sorry they should take down the 5 stars outside the hotel and have only 1 star. It took over 3hours to get a room as they were full even though my booking had been made. Better stay some place in the city but it is only for muslim people.

See all 109 reviews
Nearby Hotels 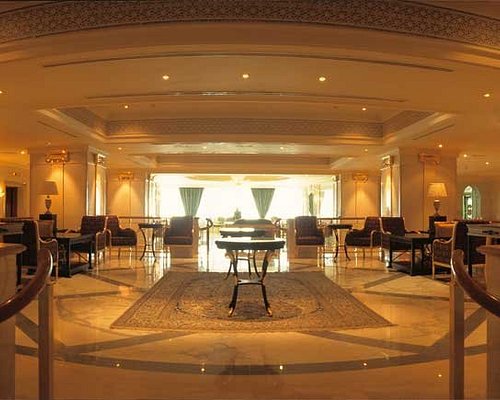 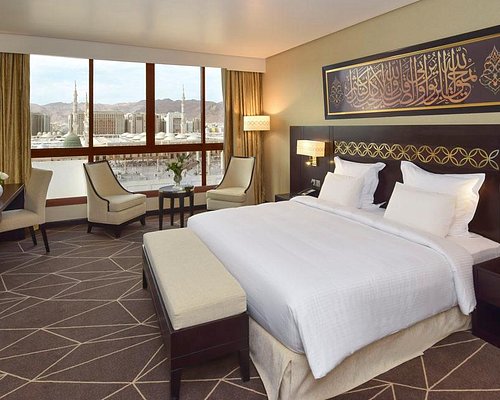 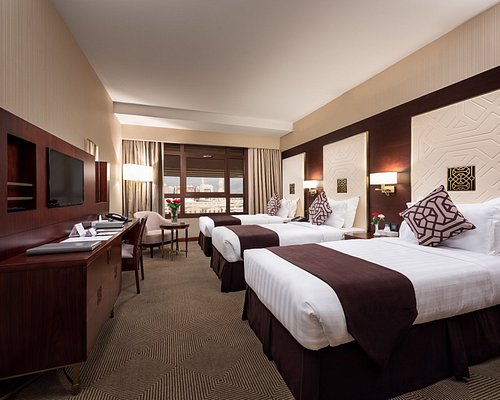 Pretty dull and boring hotel to be honest, seemed empty when we were there even though we had booked the last two rooms in the hotel.

Food was ok off the menu but dinner and breakfast is buffet style which isn't great, pretty bland food, the only restaurant in the hotel is more like a canteen, brightly lit, no atmosphere at all.

the hotel itself is clean enough but its in the middle of nowhere and i wouldn't personally stay there again, very soft beds and my bed squeaked every time i moved in it, i mentioned it to reception and nothing was done about it, in saying that reception is run by fat lazy arab men who don't seem to interested in any issues you may have!!

Also no gym, apprently 'its still being built' yet it says on their website that they have gym facilities.

This review is the subjective opinion of a Tripadvisor member and not of TripAdvisor LLC.
Wally R
Naples, Florida
189
Reviewed September 16, 2012
Oasis

Rooms are clean and quiet. Breakfast buffet is adequate although not impressive. Hotel location is away from the "restricted" areas of the "holy city"--even so--the staff reminds non-Muslim guests not to "wander extensively" outside the hotel grounds.
I have stayed here several times and find it satisfactory.

This review is the subjective opinion of a Tripadvisor member and not of TripAdvisor LLC.
Besim T
Houston, Texas
4618
Reviewed August 20, 2012
Decent place to stay but don't expect to walk anywhere

We stayed at the Le Meridien Medina while traveling in Saudi Arabia. I was told that the hotel used to be a Sheraton hotel. The hotel was ok. It seemed pretty empty while I was there and it was very dimly lit. We had buffets for breakfast and dinner and the food was pretty decent. The hotel is not very close to the center of town and you will need to take a Taxi everywhere. If you plan on sightseeing and want to spend a lot of time at the Haram, I might suggest a closer hotel. Overall the hotel was ok but not up to the standards of some of the other Le Meridien hotels I have stayed in. I think this is one of the major hotels for airline crew in the area.

Room tip: Make sure you ask for your SPG upgrade. They won't give it to you unless you ask.
Ask Besim T about Le Meridien Medina
Thank Besim T

This review is the subjective opinion of a Tripadvisor member and not of TripAdvisor LLC.
J F
3440
Reviewed July 14, 2012
Good hotel, comfortable, variable service.

This hotel is a decent place to stay, with generally clean and comfortable rooms. I have no complaints about the facilities, and even though it is quite far out from everything in town the hotel has a shuttle to the Haram. I didn't take the shuttle but was told it has regular timings.
I didn't eat in the restaurants but the room device was very good, the "mixed grill" was delicious and came with a variety of accompanying dishes.
The main issues of concern here were related to hotel service-- although I gave my Starwood guest number I was never credited with the points (and can't find my receipt now to claim them!) and (even more of concern) I was not given clear information several times about my driver and car (when it came, etc.) from the front desk. This led to a problem where I left the hotel late (as the front desk did not call up to tell me the car was here, as requested) and almost missed my outgoing flight. I think these problems were due to language issues (I only speak English).
As a woman traveling alone in KSA I appreciated the feeling of security and respect from the staff this hotel, and the privacy that they gave to me. I felt comfortable staying here and found the public areas to be open and well lit, and the locks on the doors to work properly (not the case in all the hotels on this trip, as I'll post in my next reviews!). I did not find out if there was an eating area for women only, but the room service was good.

This review is the subjective opinion of a Tripadvisor member and not of TripAdvisor LLC.
IbrahimK41
Jeddah
6827
Reviewed June 27, 2012
Far away from the Haram

This is a hotel used by locals for wedding receptions and for foreign airline crews (because the hotel is outside the Haram area. The location is isolated from shops/restaurants.

Rooms are fine and very spacious. Beds are great.

Room tip: Stay away from the reception halls if you want to get a good nights sleep
Ask IbrahimK41 about Le Meridien Medina
1  Thank IbrahimK41

This review is the subjective opinion of a Tripadvisor member and not of TripAdvisor LLC.
View more reviews
PreviousNext
1…141516…
<script type='text/javascript' crossorigin='anonymous' async onerror='__script