$76
$40
View deal
Reserve now, pay at stay
Priceline$46
Booking.com$49
Travelocity$76
View all 11 deals
Prices are the average nightly price provided by our partners and may not include all taxes and fees. Taxes and fees that are shown are estimates only. Please see our partners for more details.
vui ming l
Kota Kinabalu, Malaysia
42

Though a bit late in serving due to pre Chinese New Year the food are delicious and serving is big portion.Order for 6 persons but can fill up 8-9 person.Good location.Center of the city.easy parking upstairs. The Sky Spa is very big,clean and environment is good. Steam,jacuzzi, and sauna free of charge when include in package

See all 953 reviews
Nearby Hotels 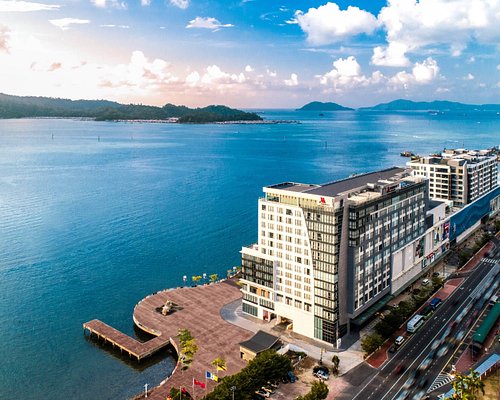 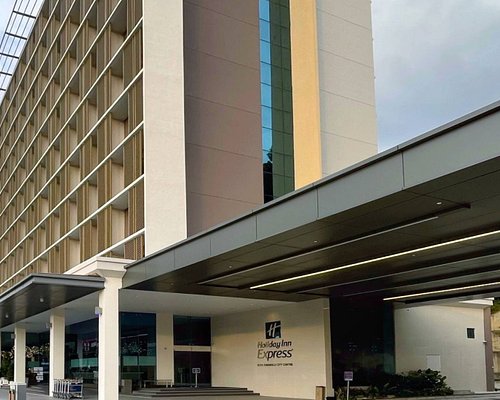 Pleasant reception, fast check in and check out. Breakfast is not as good as before. The room is pretty dusty and outdated. We went out at 8am and came back at 1.30pm, the room is not cleaned :( even though we already put the tag and press the button).
Pretty disappointed though....

This review is the subjective opinion of a Tripadvisor member and not of TripAdvisor LLC.
sxght
Petaling Jaya, Malaysia
150120
Reviewed January 9, 2019
Value for money and good location

Location wise - it is smack in the middle of the town center. Room rate are very reasonable. The room size is average with a comfortable bed. Clean room and bathroom as well. Air condition and other facilities works well. Service is quite good as well. Basically no complain at all and will come back here again.

This review is the subjective opinion of a Tripadvisor member and not of TripAdvisor LLC.
Ian W
105
Reviewed January 7, 2019 via mobile
Borneo Trip

Started my Borneo adventure here.Staff very helpful and smiling ☺. Very clean and well run hotel. Shame pool was under renovation but bus was layed on to use an other pool. Would recommend this hotel if your looking for somewhere to stay.

This review is the subjective opinion of a Tripadvisor member and not of TripAdvisor LLC.
Shyenfoong
Petaling Jaya, Malaysia
5737
Reviewed December 14, 2018 via mobile
Basic hotel but good location

We stay here for 5 nights and hotel is comfortable but the sound proof is quite poor.
Location is everything for this hotel . Clean hotel and king bed is big enough for us and my 8yo boy.

Service is prompt and staff is courteous too.

This review is the subjective opinion of a Tripadvisor member and not of TripAdvisor LLC.
Elaine66UK
UK
7269
Reviewed December 12, 2018 via mobile
Average, and not a high average

I had read some ‘middle of the road’ reviews on this hotel, but from this review point of view I had an open mind on arrival. However, it actually was just ‘middle of the road'.
Our room was really in need of a makeover - scuffed window ledges, clean but well stained shower tray (which also had a broken knob on the overhead shower, so we were only able to use the hand held) one but by the time we noticed, and as we were only staying one night, we didnt complain, but reported it on departure. The towels were thin and 2 bed sheets had little holes in them, not 4 star by far!
The doorman (didnt get his name) was the 4 star/5 starn of the hotel and totally went out of his way to impress, his assistance and advice was much appreciated.
Breakfast was average. Sufficient choice, but in comparison to other 4 star hotels not great. There were lots of flies on open serving dishes, very off putting. Tea and coffee was self serve from a machine.
Gym and pool were nice. Gym had a good range of equipment which was clean and in good condition - despite receptionist telling me it opened at 8am, it is in fact 7am.
Thats about it, average? In my opinion yes, and a low average I'm afraid. Disappointed.