CheapTickets
StayForLong
Hotels.com
View all 15 deals
Prices are the average nightly price provided by our partners and may not include all taxes and fees. Taxes and fees that are shown are estimates only. Please see our partners for more details.
oyeah2015
California
5129

Really great place and the staff was very attentive. We had a wonderful traditional futon room on the top floor. Great onsen and some of the best food we had on our trip. Easy walking to everything except the castle.More

Thank you for syaying our hotel "Yamatoyahonten". How was trip to Matsuyama?? We hope that you had a great time in Japan and see you again soon. Thank you very much.
Front Office Manager Sei Horikawa

Report response as inappropriateThank you. We appreciate your input.
This response is the subjective opinion of the management representative and not of TripAdvisor LLC.
See all 301 reviews
Nearby Hotels 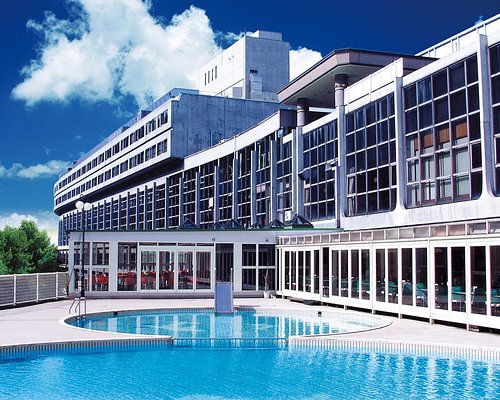 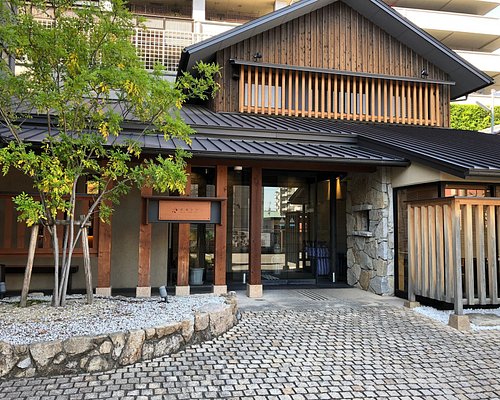 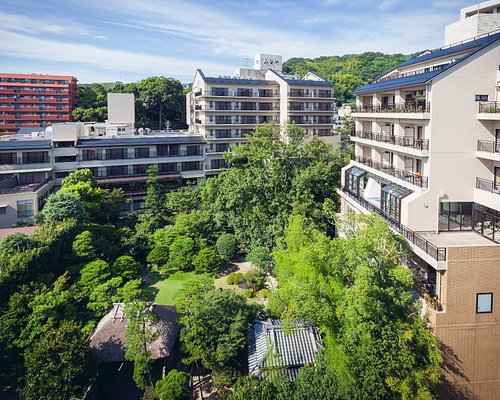 Top Rated
Ryokan A Ryokan is a traditional Japanese accommodation which typically features ‘futon’ (folding mattresses) on ‘tatami’ (straw mat) floors. Many Ryokan are known for their public baths (typically "Onsen" hot springs) and their traditional cuisine. 24/7 front desk service is not guaranteed for this accommodation type.
Funaya

The Dogo Onsen Yamatoya Honten is a ryokan with a 140 year history. It was built in a traditional Japanese architectural style ; inside the rooms are beautifully decorated. Most importantly, it features a 3,000 year old hot spring. The spring is one of Japan’s oldest hot springs, and even appears in Japanese myth. The ryokan also features a traditional Japanese Noh play stage. Highly recommended.

Thank you so much for your staying
We’re really pleasure to hear your comment.
Hope to see you again.
Best regards,

Report response as inappropriateThank you. We appreciate your input.
This response is the subjective opinion of the management representative and not of TripAdvisor LLC.
Pv2017
London, United Kingdom
184126
Reviewed April 29, 2018
Excellent mid-range hotel

We stayed here one night as part of our Shikoku pilgrimage walk. Both the outdoor and indoor onsens were lovely and not at all crowded so I actually skipped getting in line to go to the Dogo! The Kaiseki dinner was excellent. Our bedroom was very comfortable and spacious. Excellent choice of mid-range Japanese Ryokan.

Thank you for your stay in our Ryokan.
How was your feeling at temple or your destinations in Shikoku.
Please come to Shikoku and our Ryokan again. Japan has a lot of charm in each season.
We’re looking forward to seeing you again.
Yamatoyahonten manager Sei Horikawa

Report response as inappropriateThank you. We appreciate your input.
This response is the subjective opinion of the management representative and not of TripAdvisor LLC.
712arnaudt
Paris, France
17343
Reviewed February 17, 2016
A large ryokan next to the famous dogon onzen

A large place with ryokan type rooms. Has a bath but is also a couple of minutes walk from the historic dogon onzen. The food is delicious. There is a small show of Japanese dance at 6 pm. Service is of course perfect

Report response as inappropriateThank you. We appreciate your input.
This response is the subjective opinion of the management representative and not of TripAdvisor LLC.
Pres D
Sydney
100165
Reviewed January 25, 2016
A great Japanese experience

Yamatoya Honten is mid-way between a Ryokan and a hotel. We arrived rather late and about 8pm, and the manager was waiting for us in the driveway. He could see that were a bit flustered and also exhausted. His welcome and attention immediately relieved all our anxiety.
Each day when we returned to our room in the late afternoon, we were served tea, and a sweet snack. It was so relaxing. The is a great natural onsen in the basement. There were three of us (adults) in a tatami mat room. There was plenty of space, and the mattresses and were comfortable. There was a kettle so we could make tea or coffee, and there was limited minibar.
We had dinner and breakfast included with accommodation. The Dinners were deliciously exquisite multicourse Japanese menus. It varied each night. There is a short theatrical performance at 6.30pm each evening on a traditional stage, which can be seen well, from the restaurant.
For breakfast there was a choice of Western or Japanese menus, One morning I tried the Western breakfast to see what it was like. It came with salad, yoghurt, fruit, sausage, bacon and egg, coffee, croissant and a pastry, and a dessert pudding. It was very good, but it was not comparable to the multiple small plates that comprised the Japanese breakfast.
The hotel provides a a yukata which can be worn in the hotel, and to the nearby famous Dogo Onsen, and shopping arcade. We tried the Dogo onsen but for guests of Yamatoya Honten, I think its better to have a photo outside Dogo Onsen, then use the onsen at the hotel- much more relaxing.
Some of the staff speak and understand English well. We were able to go over our sightseeing plans each day with the hotel staff and this was very helpful They also assisted to explain our daughter's food allergies and called ahead to our next hotel to explain these in advance.
Our bathroom was very clean, but we mainly used the onsen bath house. There was a small wooden drying rack in the bathroom, sufficient to dry socks and undies only.

Report response as inappropriateThank you. We appreciate your input.
This response is the subjective opinion of the management representative and not of TripAdvisor LLC.
RonnieHongKong
Hong Kong
15472
Reviewed January 10, 2016 via mobile
Excellent Location, Spacious Room and Good Service

We stayed one night at the hotel. The location of the hotel is just next to the historical Dogo Onsen. We took a walk along the dogo onsen area with a lot of souvenir shops around. We enjoyed the onsen within the hotel, particularly the outdoor ones during the cold winter time that was wonderful.
We had the western twin-bed room which was spacious. However, all the lamps inside the room have dim lights that made the room too dark and was a bit uncomfortable.

The Japanese breakfast was tasty.

Report response as inappropriateThank you. We appreciate your input.
This response is the subjective opinion of the management representative and not of TripAdvisor LLC.
View more reviews
PreviousNext
123…