$101
$51
View deal
SAVE $50
Free cancellation until 05/20/21
Hotels.com$55
FindHotel
Lol.travel$101
View all 17 deals
Prices are the average nightly price provided by our partners and may not include all taxes and fees. Taxes and fees that are shown are estimates only. Please see our partners for more details.
Rachel_PRL
Singapore, Singapore
320178

The best selling point for this hotel is its location. 3 mins from the nearest Starbucks & Shopping - Shimotori Shintengai. There is a 24 hrs convenient store directly across hotel. 10-15 mins to Kumamoto Castle.

The hotel room is small, typical of Japanese hotel. You could still find place to open your big luggage but leaving little space to walk. The room is basic but clean. Wifi worked well. Pillow and bed are comfortable, and I am quite particular on both.

Breakfast was Japanese style but ok considering the price pay. 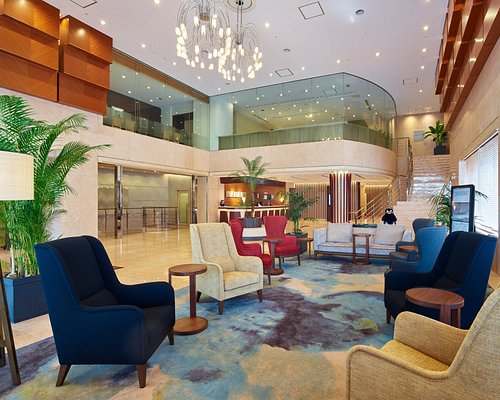 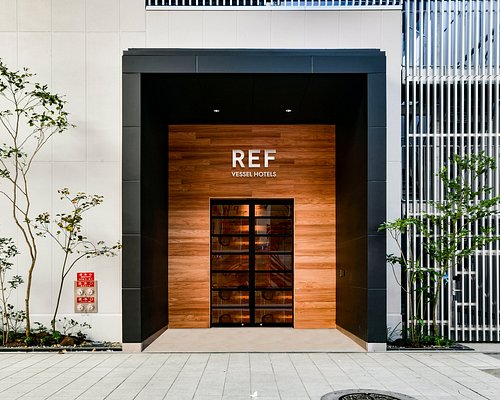 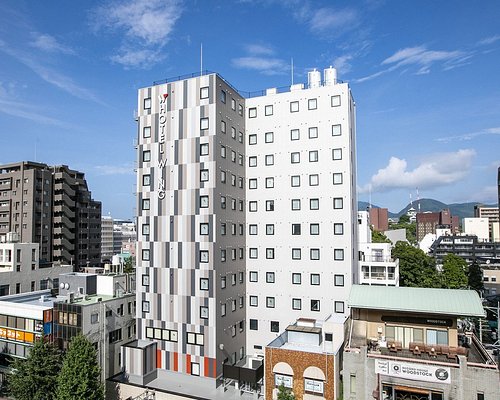 I think people are often too harsh in their reviews but we all have different standards and different expectations. Maybe their standards are too high or maybe mine are too low. For me, a solo traveler, I happened to need a hotel at a time when almost all of the conveniently located hotels in Kumamoto were fully booked (due to a festival), so Washington Hotel came in clutch.

The front desk staff were very nice and made an attempt to speak English with me. This isn't a full-on fancy hotel with all the bells and whistles that you'd expect in a luxury building, but you should know that when you book it. They are listed as a 3-star hotel with basic accommodations so they aren't presenting themselves as something they aren't. Last I checked, 3 out of 5 is average and I think that applies here. Think of it as a "typical" Japanese business hotel. They do offer you basic toiletries when you check in, which I look at as a nice gesture as most people bring their own. In case you typically don't though, DEFINITELY bring your own toiletries. There is a coin laundry service (w/dryers) on the 3rd floor, which was great for me because I am staying 11 nights. I have a basic single room with double sized bed. There's a humidifier in the room, small flat-screen TV, mini fridge, phone, desk with hair-dryer and vanity mirror. It's very small aka cozy, but suitable for just one. The pillow is quite firm, but you can ask the front desk for a feather pillow if you need it.

It's in a good location, in my opinion. Very close to a major shopping arcade with plenty of Japanese and Western style eating options. A Family Mart convenience store is directly across from the hotel with a 7-11 just a few stores down, which is...well...convenient. However, there is a street going the opposite direction of the shopping arcade where it could be sketchy at night. It's mostly lined with host clubs and dudes on the street trying to lure young men in for a night of pampering. Sketchy being relative term. This is Japan after-all, not South Central Los Angeles. That being said, better to be aware than to see it and think, "my goodness, where am I?"

I'd like to point out that I rented a bicycle from the Kumamoto International Center and although the Washington Hotel doesn't provide bicycle parking, a member of the front desk staff found a spot for me to park my bike on the grounds. Very nice indeed. The little things like that go a long way in making a 3-star hotel feel more grand than it is.

This review is the subjective opinion of a TripAdvisor member and not of TripAdvisor LLC.
garybK8845MG
3111
Reviewed March 30, 2017
Avoid

Although the front desk staff are friendly, this hotel has little to offer. There is no choice of pillow, no spa, no vending machines on each floor and no washing machine facilities. The curtains in my room were very dirty and the room had not been properly dusted. When you check in, they hand you a toothbrush lol.

This review is the subjective opinion of a TripAdvisor member and not of TripAdvisor LLC.
Kyoto23
Kyoto, Japan
975416
Reviewed May 8, 2015
Good location!!

Close to the Kumamoto central city and Kumamoto castle. Neat and tidy.
Good hotel for men as travel and business, however I don't recommend for women since there are lots of adult-entertainment businesses.

This review is the subjective opinion of a TripAdvisor member and not of TripAdvisor LLC.
Valerie H
Kaneohe, Hawaii
5225
Reviewed August 19, 2014
Not very clean and in need of an upgrade

Very close to several shopping arcades and the street tram stop. But I wish that the bed had been a bit newer and softer. I usually like a firm bed but this bed was just a bit too firm. We had a problem with the room wifi and the male customer service staff at the front desk was NOT at all helpful. Finally went down with my equipment and with the assistance of a gracious young women customer service staff got wifi equipment installed in my room. Really appreciate that the room window could open since I needed to air out the room. It smelled like moth balls. The bathroom didn't smell much better.

This review is the subjective opinion of a TripAdvisor member and not of TripAdvisor LLC.
PoorneshP
Manipal, India
110184
Reviewed May 27, 2014
Excellent Hotel-Convenient Location

We had been to Kumamoto to attend the conference. This hotel was booked by the organisers MISSION 2013. We had a nice stay here, it is very close to DOWNTOWN, one can move around and enjoy shopping. Very close to the bus station Kumamoto Kotsu-Center Terminal, it takes less than 5 min by walk. I and my colleagues were given individual single rooms. The rooms are neat and compact, it has coffee maker, internet tv etc. The bed very good and comfortable. The hotel provides buffet break fast which is excellent, we enjoyed it. Would like to visit Kumamoto again, will stay definitely in this hotel.

This review is the subjective opinion of a TripAdvisor member and not of TripAdvisor LLC.
View more reviews
PreviousNext
12…15