$769
$321
View deal
Free cancellation until 12/16/21
Booking.com$768
eDreams$768
Orbitz.com$769
View all 16 deals
Prices are the average nightly price provided by our partners and may not include all taxes and fees. Taxes and fees that are shown are estimates only. Please see our partners for more details.
sandwaterpalmtrees
Westford, Massachusetts
3438

Hotel Setsugetsuka was great. We drove in from nearby Shizuoka. The rooms, onsen and garden are gorgeous. The shabu shabu dinner was excellent. There was plenty of food so by the end of the meal, I couldn't eat any more even though I wanted to. This was a wonderful place to stay.

See all 708 reviews
Nearby Hotels 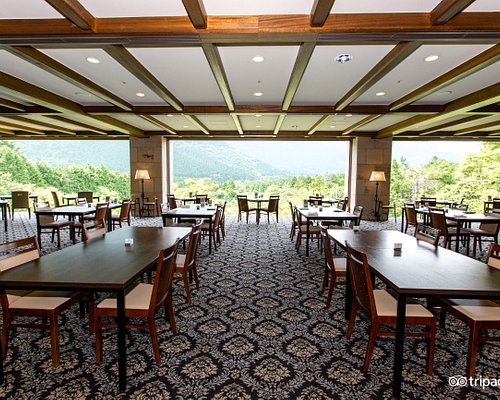 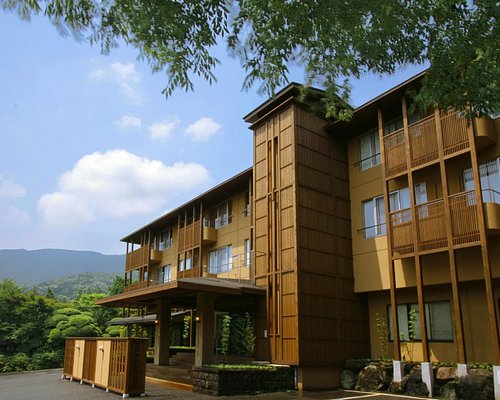 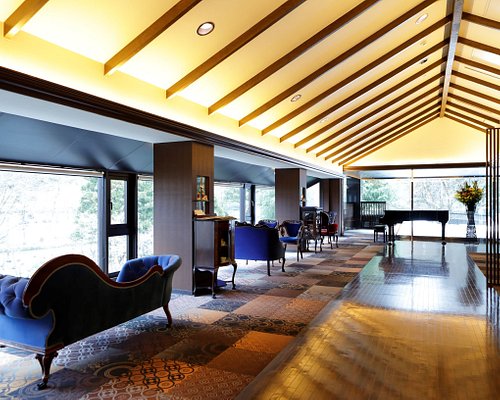 Expedia.com
View deal
Hotels.com
ZenHotels.com
$81
Travelocity
View all 14 deals from $81
413 reviews
2.2 miles from Setsugetsuka
We compared the lowest prices from 14 websites
Breakfast included
Ryokan A Ryokan is a traditional Japanese accommodation which typically features ‘futon’ (folding mattresses) on ‘tatami’ (straw mat) floors. Many Ryokan are known for their public baths (typically "Onsen" hot springs) and their traditional cuisine. 24/7 front desk service is not guaranteed for this accommodation type.
Gora Hanaougi

It is an ideal place, with wonderful private onsen and open air bath on the room.

The rooms are incredible, large and with attention paid to every detail.

The beds are very confortable and the place perfect for a day of rain.

There are two restaurants, one offering the typical Ryokan menu, which is quite average and not at the level of the price you are paying. On the other hand, the other one offers you Shabu shabu, tempura and sashimi and the quality is excellent. If you want enjoy your dinner, choose this second menu.

In the overall, our stay at this hotel was amazing and we really enjoyed it. (I didn´t qualify it as excellent because the first night dinner wasn´t good enough for the price. Other than that I can´t complain!).

This review is the subjective opinion of a Tripadvisor member and not of TripAdvisor LLC.
Rokugatsu
Singapore, Singapore
81103
Reviewed September 11, 2012 via mobile
For the price paid, could be better...

We had no difficulty finding the place as it was almost right outside Gora station. This is a great plus point as we were tired out from the long journey and multiple transfers from Tokyo Hibiya to Gora.

The staff in Setsugetsuka are generally very helpful despite not being as fluent in English (this aim-to-please Japanese service level is generally what we experience from front line service staff throughout Japan and we love it so).

We chose the shabu shabu, tempura, sushi omakase styled dinner. The restaurant serves beef which we can't eat for religious reasons. They were kind enough to replace with fish but we felt it would have tasted better with pork instead. The tempura veggie mix that was served was an absolute disappointment. It tasted like expired chips - a far contrast from the typical fluffy and crispy tempura one normally would get in Japan.

The Japanese breakfast with the grilled fish was yummy! Initially we were a bit skeptical about eating e.g. porridge and miso soup for breakfast but hey, it beats the usual American breakfast fare most hotels would typically serve across all continents.

The rooms were large and well designed. Hubby was disgusted to find leftover tea bags in the teapot. We didn't think the DIY tea ceremony would have included cleaning out your own teapot! That aside, there was a thoughtfully placed thermosflask in the room, as well as a pair of prawn crackers and red bean cakes. There was also a lemon placed near the wooden bath tub which our room had. We didn't know what it was to be used for. Hubby did the only thing he could think of - squeeze it into the bath water. (I will be quite tickled if someone tells me that was not to be used this way!)

We got a complimentary rockbath session and paid JPY500 to upgrade to a private room. This is highly recommended! We also tried the private couple's onsen but were not impressed with having to fend off bugs around the area (and even in the onsen itself! Darn mosquitoes!)

Finally, the most important and relevant question of "Will we stay again?" - Our answer would be No, because we didn't feel we got the value for the JPY44,000 that we paid. However, we would still recommend this place to folks who are unfamiliar with Hakone as it is really easy to reach and is a pretty decent inn after all.

This review is the subjective opinion of a Tripadvisor member and not of TripAdvisor LLC.
Mari N
London, United Kingdom
2765
Reviewed May 26, 2012
Wonderful and affordable Japanese ryokan

Extremely good location, just right outside the Gora station. For girls you can choose the yukata you like at the reception area. Me and my husband booked a room with ensuite wooden bath at the balcony. Unfortunately the weather was not very stable, a storm was coming and it was really cold. However still a lot of fun when the bamboo curtain was being blown and flew above your heads.

Onsen is extremely nice. We managed to tried 1 public (indoor) bath and 2 outdoor private bath within 2 days of stay. It was such a wonder to sink in the hotel water (naked!!) while enjoying the view of the mountains.

Room is cool. Food is just gorgeous. Ryokan is probably like resort, once you enter you just won't do anything except eating and bathing... We had a wonderful two-days-of-doing-nothing experience. When we checked out, we felt our blood running energetically through our bodies (from the onsen) :)

This review is the subjective opinion of a Tripadvisor member and not of TripAdvisor LLC.
illshame
Boston, Massachusetts
1013
Reviewed May 25, 2012
Nice Onsen Hotel

We stayed at Setsugetsuka and generally enjoyed our stay. We had a private hot tub in our room but I would suggest the couples hot tubs instead. There were I believe, 4 individual "shared" hot tubs for mixed sex (men generally shared the public baths with other men and vice versa) that were pretty cool. Each individual hot tub had a different theme to explore.
There was one peculiar instance when I stayed at the hotel. As I was relaxing in one of the public baths, someone took my yukata from the locker with my key in it. Luckily my friend was able to get me another yukata. The staff was great as they quickly switched my room, since the key was lost, and ensured that we felt safe.
The hotel was well situated right at the foot of Hakone. One thing of note, when we booked this hotel, we assumed it was a small ryokan; however, it is actually a very large hotel. It was crowded but we were able to get into the baths whenever we wanted so it was not a problem.

This review is the subjective opinion of a Tripadvisor member and not of TripAdvisor LLC.
Boris2001
Prague, Czech Republic
180160
Reviewed May 15, 2012
A Great Place to Relax

This Japanese style hotel is several steps from the train station in Gora and the cable train up to the Hakone Mountain /from where you can see the Mt. Fuji if you are lucky/.
After check in you pick a yukata to wear during the whole stay - you can also bring your own. The room we had was very spacious with great bath and a private bath on terrace /not with mineral water though/.
The public bath - onsen - was spacious and had beautiful pools in a typical Japanese garden. Although it was a weekend and the hotel was full, the onsen was never crowded.
The dinner was plentiful, beautifully arranged and many things tasted very well - some less and many tastes were rather unusual. The waiters were very attentive - just like all the staff at the ryokan. The drinks had to be ordered separately which was rather surprising providing the high price we had to pay.
The stay was a great experience and if you are going to Japan for a holiday, do try a ryokan/onsen, you will not regret it.

Room tip: Our room was in the "moon" section - it was quiet, far from the parking lot
Ask Boris2001 about Setsugetsuka
Thank Boris2001