$165
$97
Free cancellation until 04/21/21
View deal
Agoda.com$165
CheapTickets$97
Trip.com$151
Travelocity$97
Orbitz.com$97
Tripadvisor$97
View all 14 deals
Prices are the average nightly price provided by our partners and may not include all taxes and fees. Taxes and fees that are shown are estimates only. Please see our partners for more details.
MicKian
Nottingham, United Kingdom
316124

Ours group of 20persons stay in this hotel ,Big building separate for East and West , Breakfast in a hall ,dinner in big private room , all meat very good . The basement spa area size and equipment all good in set .
Arrival and Leaving all staff fully manners.

Trip type: Traveled with friends
See all 159 reviews
Nearby Hotels 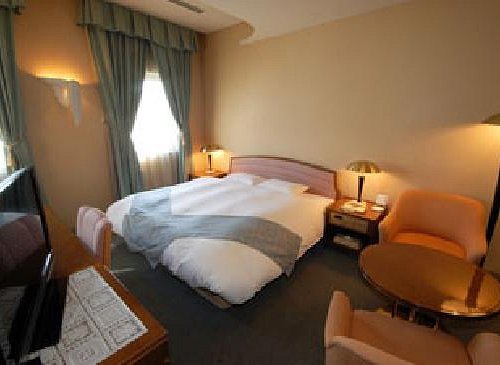 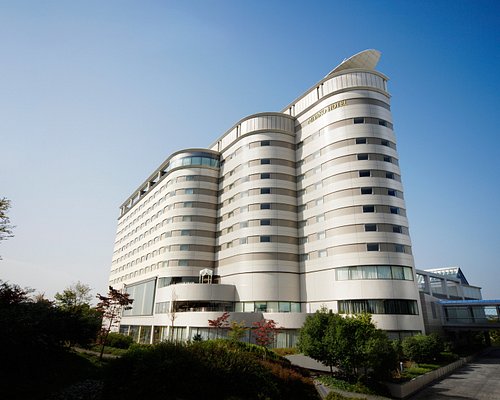 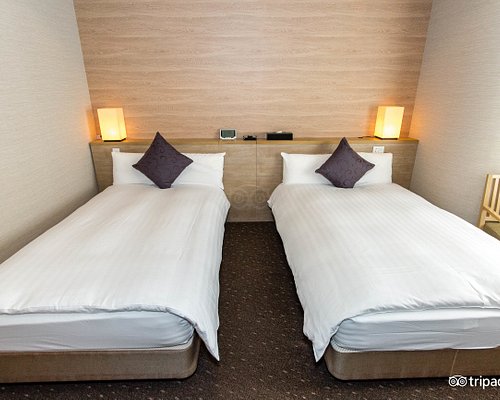 Because of my condition a Non-smoking room is essential and the reservation staff were made aware of this fact. Despite this, even though I was staying in this property 4 days, upon check-in I was given a smoking room on a smoking floor anyway. Despite the sprays, the cigarette stench was noticeable on the couch, balcony drapes and carpet.
I had to ask to be moved to a Non-smoking room, and they complied, but moved me to a much smaller(and cheaper) room on a lower level at the back of the hotel.
The glass of the windows was matted over and could not be opened. There was a warning of insects entering the room if the windows were opened.
The carpet in this room was also quite dirty, and could have used a serious cleaning.

The hotel's French restaurant does not allow its guests(diners) to wear traditional Japanese kimono, but asks them to wear the yukata in the breakfast room, although this is not being enforced.

There is a free shuttle to the two main train stations, but I was never informed of this. Therefore I had to needlessly waste 1000's JPY on taxi fares.
Staff in the lobby café are nice.
Hotel is pretentious and essentially offers the same service as any other lower-priced hotel, although its rooms are bigger.

Room tip: The smoking room had a nice city view but no view at all in the Non-smoking room.
Ask Johannes V about Gifu Grand Hotel
Thank Johannes V

This review is the subjective opinion of a TripAdvisor member and not of TripAdvisor LLC.
Duc4sse
7712
Reviewed June 29, 2018 via mobile
Amazing Stay

The Japanese Style room was very spacious. It was quite comfortable sleeping on tatami. There was also a sofa on which you could sit and enjoy the view of the river. The Japanese set dinner was delicious too, even though I thought it was too much. The breakfast was decent too, they provide Japanese and Western style breakfast. However, I thought it was quite difficult to get to various place by foot (well if you don’t intend to take any transportation).

This review is the subjective opinion of a TripAdvisor member and not of TripAdvisor LLC.
pelzstef
Rottenburg am Neckar, Germany
43
Reviewed October 7, 2017 via mobile
very good location, wonderfull view at river side

This review is the subjective opinion of a TripAdvisor member and not of TripAdvisor LLC.
Willem K
Berlin, Germany
11052
Reviewed July 26, 2016 via mobile
To see Ukai

Upon entering this hotel, for a split second I felt like entering a Stalinist building somewhere in the old Soviet Union. Polished marble, huge hall and the impression of a somewhat faded glory. Here the comparison ends because the personnel is so exceedingly polite, friendly and ready to help that you are unmistakably in Japan. The rooms are western style with reasonably comfortable beds and your own bathroom. Breakfast is included and buffet-style so you can have a japanese or an occidental one.

This review is the subjective opinion of a TripAdvisor member and not of TripAdvisor LLC.
wsewell365
Bremen, Georgia
5711
Reviewed May 17, 2016
Great River Site. Ideal for Cormorant Fishing

We stayed one night in a western style deluxe twin. Arrival and check-in went smoothly. Our corner room had excellent views from the sixth floor of the Nagarawara River. A view of Gifu Castle is also visible. The room was quiet, clean and comfortable, with Japanese Yukatas for sleeping provided, free of charge, as is Wi-Fi. We enjoyed the main bar and the breakfast buffet (included) with both western and traditional food offered. The lobby has a large shop for souvenirs. Staff were very cordial and check-out was flawless.

This review is the subjective opinion of a TripAdvisor member and not of TripAdvisor LLC.
View more reviews
PreviousNext
12…27