$76
Free cancellation until 09/24/21
Reserve now, pay at stay
View deal
Expedia.com
Hotels.com
Travelocity
View all 8 deals
Prices are the average nightly price provided by our partners and may not include all taxes and fees. Taxes and fees that are shown are estimates only. Please see our partners for more details.
Mel904
Adelaide, Australia
94154

Disappointing. The promised thermal pools were covered in algae and unusable. The buffet dinner was fine but no where near as good as what we experienced in many similar priced hotels elsewhere in Turkey. And the rooms weren't very clean, and the bathrooms need serious updating. The entire handrail in the shower came off in my hand without much weight put on it, leading to tiles falling into the bath, and dirt spraying throughout the bathroom. Yet it still took some convincing to get them to put me in another room!

See all 56 reviews
Nearby Hotels 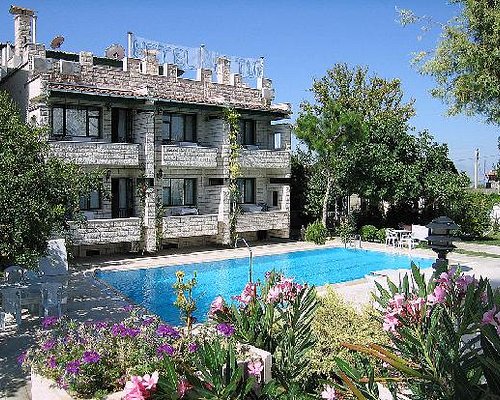 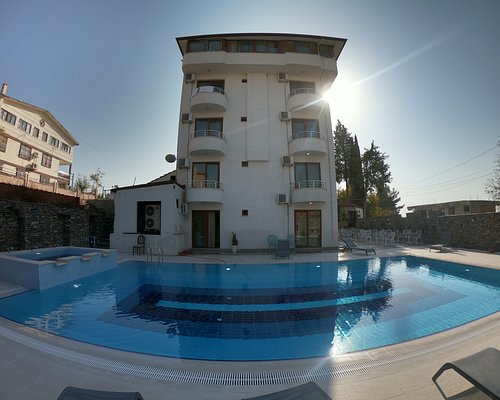 We booked to stay at Lycus River Hotel but it was overbooked so our tour group were shuttled to Villa Lycus which I suppose was their sister hotel.

The general color theme of the hotel rooms and corridor is pink and blue which is not exactly my favourite kind of color scheme. Corridor is dimly lit except for a spotlight infront of each room.

The twin room is big but boring (pink walls, beds and blue carpet). The basic amenities and comfort were there but no disposable bedroom slippers.

The main peeve we had was with their toilet. It had aged plumbing: even though their lever taps were Grohe luxury bathroom fittings, we had to press down hard on the lever to close the taps. The water pressure to the toilet flush was very low and we had a hard time flushing the toilet bowl. At one point, we had to resort to using the shower spray to flush the toilet bowl!

Facilities include a swimming pool, a indoor and outdoor thermal bath (water to chest height). Water in the indoor bath was warmish (~ 36-38 deg celcius if I remember correctly) and a dark color which staff assured us was authentic mineral bath with high ferric content. It smelled strongly of chlorine so it must have been treated. However, none of us dared to dip in as the water wasn't clear to the bottom unlike the mineral hotsprings in japan. It was raining the entire time we were there so we did not try out the outdoor pool nor did we explore much.

The breakfast provided was ok but the restaurant servers were unaccomodating and their behavior was bordering on strange.

I took 2 teacups of hot boiled water from the buffet line to fill and warm up the chilly mineral water contained in my tumbler. While I was getting the 2nd cup, the server snatched away the cup before the water spout was closed and I could have been scalded. Attempts to communicate was met with a glare, no explanation nothing which doesn't make any sense.

Similar incidents happened to other fellows in my tour group, even a lady who wanted to take her medication with lukewarm water was rebuffed. It was simply a cup of plain hotwater to mix with the mineral water that we bought along and from the servers reaction, you would think it was a pot of gold.